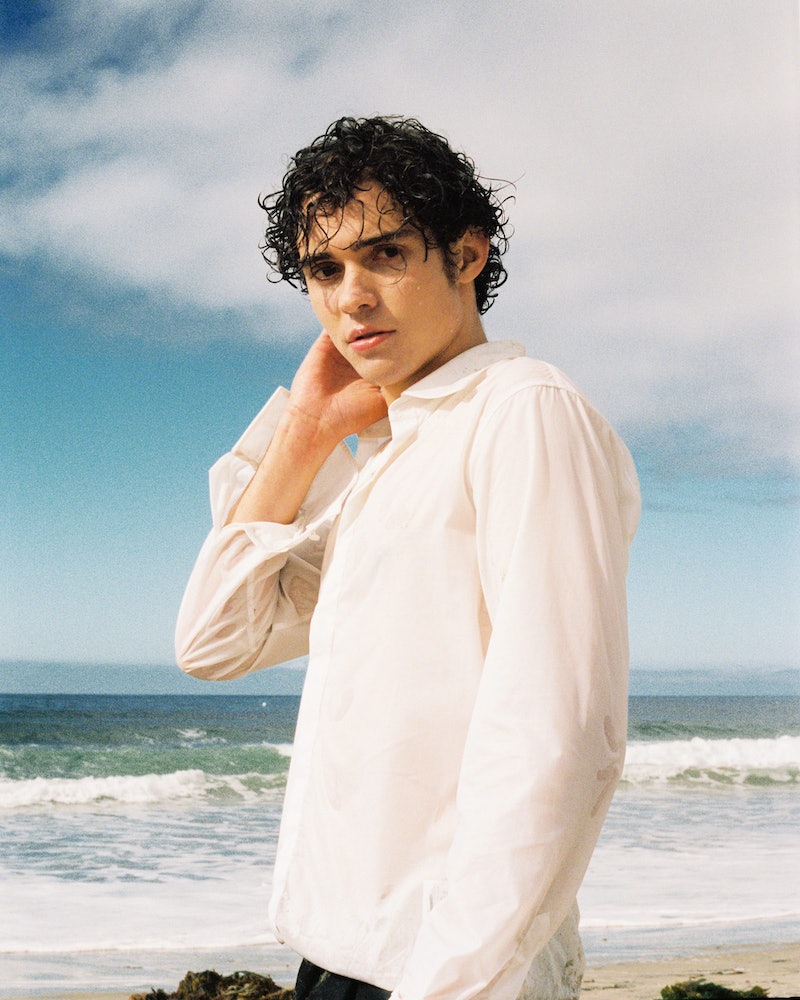 Joshua Bassett’s love life quickly became tabloid fodder after the January 2021 release of his High School Musical: The Musical: The Series co-star Olivia Rodrigo’s chart-topping “Drivers License.” While neither of them ever confirmed the song’s backstory, fans have long suspected it to be about their breakup, with the “blonde girl” referenced in its lyrics assumed to be fellow Disney star Sabrina Carpenter. Reaching every platform from social media to Saturday Night Live, the alleged love story went viral — with many “Drivers License” listeners placing blame on Bassett. In a new interview with GQ, the 20-year-old musician directly opened up about the “media storm” for the first time, as well as how it partially inspired the lyrics of his three new singles, “Crisis,” “Secret,” and “Set Me Free.”

Written six months ago, Bassett told GQ he’s “glad that it’s taken this long” for the trio of new songs to see the light of day, as he wasn’t in the right headspace to release them before. As the love triangle drama fueled the celebrity rumor mill, he began encountering Rodrigo’s music in public very often. While the relationship apparently ended long before “Drivers License” dropped, hearing his rumored ex-flame’s music everywhere was overwhelming. “I would see TikToks with like 50 million views and 10 million likes saying, ‘If I ever see that kid on the street, I'm going to f*cking kill him,’” he recalled. “It's hard to see that and then be living in New York and walking down the street.”

Despite attempts to reach out, Bassett revealed Rodrigo “hasn’t spoken” to him since “Drivers License” was released, and he described his current love life as “non-existent.” Furthermore, the actor/musician said he’s been spending his time working on new songs, journaling, going to therapy, and crying. “I went to Spain with a couple of friends. There was one night in particular. I finally let go,” he detailed. “I scream-cried for three and a half hours to the point where I lost my voice for two weeks.” Reflecting on previous relationships and other intense life events led Bassett to craft the three ultra-introspective new tracks.

Written about “all the crazy PR over the last year,” Bassett crafted the mid-tempo “Crisis” after his record label asked him to create a “Drivers License” response track — but he wasn’t yet ready to publicly address his rumored breakup with Rodrigo. “It sort of felt like a losing battle,” he explained to GQ. “If I try and defend myself in any way, it just felt impossible.”

“My label says to never waste a crisis / And here I am, guitar in my hand / In the middle of one / And honestly I didn’t want to write this / Don’t know if I can / I’m still holding back / Still wanna run.”

Thanks to the time he dedicated to healing in 2021, he told the publication, “I finally found the courage to speak up for myself.”

“And if you get to tell your truth then so do I / And it’s cool if you want me to play the bad guy.”

While “Drivers License” sees Rodrigo’s significant other leave in favor of another woman, Bassett’s “Crisis” also references a breakup initiated by the other partner — changing the narrative many fans believed about the co-stars’ supposed breakup. In the song’s chorus, he accuses an ex-lover of using their relationship to enhance their professional career.

“But don’t you dare act like I didn't love you / Don’t go thinking that I didn’t hurt too / Don’t you ever wonder if I’m okay after all you’ve put me through / Half the sh*t you’re saying’s only half true / Messing with my life as a career move / I can’t help but wonder why you won’t make it end / Guess you would never dare / You would never dare to waste a crisis.”

In the song’s second verse, Bassett seemingly references the hatred received from Rodrigo’s fans online following “Drivers License,” including the aforementioned TikTok death threats and their effect on his family.

“My momma called ’cause she heard I got death threats / Oh what the hell am I supposed to do with that? / I wish that I could open my eyes and the nightmare be over / But you sensationalize, keep fanning the fire for the headlines.”

Following the second chorus, the bridge of “Crisis” presumably finds Bassett further questioning the breakup narrative believed by Rodrigo’s fans and wondering why he’s receiving the blame if the other party sparked the relationship’s end.

Bassett hasn’t directly spoken about the meaning behind the lyrics of “Secret,” but fans immediately noticed the first line references driving to a significant other’s home. Rodrigo sings about driving herself for the first time in “Drivers License,” leading listeners to believe this verse could be chronicling a date they went on before she took her driver’s test. Following the first line of “Secret,” the musician sings about suspicions of his significant other’s infidelity.

Fans spotted another possible nod towards Rodrigo in the lyric “good for you foolin’ everyone,” which seems to name-check the Sour musician’s second chart-topping hit, “Good 4 U.” Also in the second verse, Bassett sings about the moment he’s informed of his partner’s cheating.

“I really hope you had your fun, good for you foolin’ everyone / You had me tricked for sixteen months / Oh, your smoke and mirrors had me hypnotized / Right in front of my eyes / Well, I heard the truth last night.”

The bridge of “Secret” features yet another assumed allusion to Rodrigo’s music, as its lyrics find Bassett dunking on his ex-partner for writing songs inspired by their relationship troubles.

“When ‘Woe is me’ stops working / I bet your songs won’t sound the same / The truth you can’t deny changed everything / Oh, you can’t hide behind what’s clear as day.”

While the past year of Bassett’s life has certainly been flooded with reminders of Rodrigo, it’s not the only life event he’s spent time processing as of late. “I experienced sexual abuse a lot in my childhood,” he told GQ. Written about the experience, he described “Set Me Free” as “an anthem for me and the sort of people who’ve held pain and power over me my whole life.” In its first verse, Bassett seems to open up about his experience to a trusted loved one who’s been going through a difficult situation as well.

“I don’t know what I did to deserve all of this / I don’t wanna be rude or on the defensive / But I’ve been goin’ through it, too / And I know you feel used, I know you’ve been hurt / Anything I did to make you feel worse / I’d take it all back if I could.”

Elaborating on the traumatic memory to GQ, Bassett continued, “I didn't remember [the sexual abuse] until last year, which is pretty insane. I buried it so far. And when I was a teen, a much older man routinely abused me, and I wasn't able to see it for what it was at the time.” The song’s chorus finds the musician coping with his changing relationship with the person who hurt him and wishing to be relieved from the pain.

In the second verse, Bassett sings about a rollercoaster of emotions and struggling to hide them as he focuses on self-healing. “As stated in ‘Set Me Free,’ ‘it’s been a f*cking year,’” he declared in the three singles’ press release. “While it’s been one of the most challenging periods in my lifetime by far; it has ultimately led to immense growth.” Juxtaposed with the track’s lyrics, it seems he’s in a better place today.

Bassett seeks closure in the song’s bridge, letting a loved one know he must end their relationship but still treasures the bond they once shared. “My hope is that those going through similar things feel heard and seen and can step closer to healing,” he continued in the press release. “I truly hope the peace I’ve found amidst this challenging year encourages others to keep going and know that there really is light at the end of the tunnel.”

If you or someone you know has been sexually assaulted or abused, you can call the National Sexual Assault Telephone Hotline at 800-656-HOPE (4673) or visit online.rainn.org.