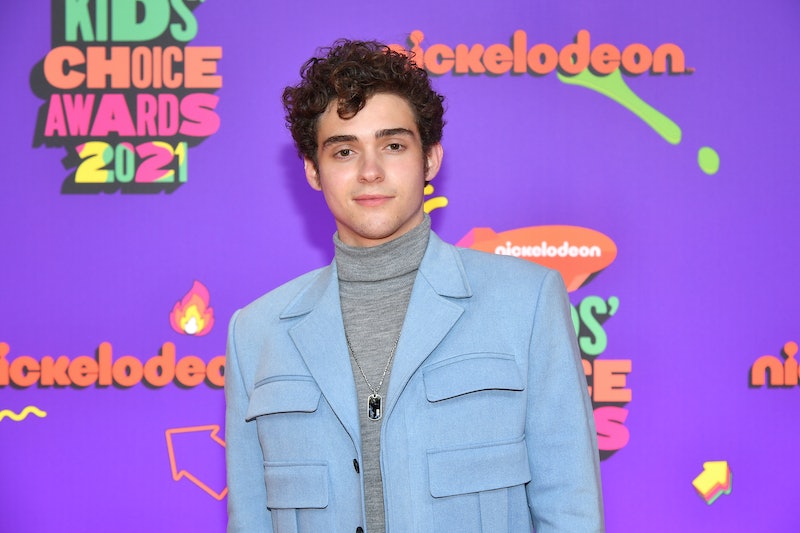 When Olivia Rodrigo’s smash hit breakup anthem “drivers license” was released in January, all eyes found their way to Joshua Bassett. It makes sense; the 20-year-old actor and singer starred opposite Rodrigo as her love interest Ricky Bowen on the show High School Musical: The Musical: The Series, but in the past year alone the two castmates — alongside fellow Disney alum Sabrina Carpenter — were suddenly thrust even further into the public eye when they were swept up in a whirlwind of romance rumors, all of which were apparently set to the tone of multiple singles that hinted at failed relationships, bitter lies, and betrayal.

Now, in a recent GQ interview, Bassett revealed that while the world was preoccupied with his romantic relationships, two days after the release of “drivers license,” he was fighting for his life in the hospital after being diagnosed with heart failure and septic shock. “I’m sure stress had a part in it,” he added, hinting at the massive attention’s role in his hospitalization. What he initially believed to be food poisoning slowly transitioned into “unimaginable pain” that required hospitalization on the day his single “Lie Lie Lie” was released.

“I didn’t have any energy to be able to focus on anything but staying alive,” he admitted. Had he not visited the hospital, it might’ve had deadly consequences, he claimed: “[The doctors] told me that I had a 30% chance of survival. They told me that if I had not checked into the hospital within 12 hours, I would have been found [dead] in my apartment."

While his health has thankfully since improved, Bassett’s relationship status continues to be a hot topic online. Last month in an interview with Clevver News, Bassett came out as queer after discussing the qualities he admires in Harry Styles. He followed up the interview with a statement online, writing: “My entire life people have told me my sexuality. People have shamed me for things they know nothing about ... Love who you love shamelessly. It’s ok to still be figuring out who you are. Life’s too short to let ignorance and hatred win. I choose love.”

Speaking with GQ, Bassett shared that he’d “much rather deal with consequences and live my truth” of being honest with his sexuality than to hide it away. As a child, Bassett recalled people often making jabs at his sexuality by asking when he was going to “find out he’s gay” and generally feeling like no one would have believed him “if [he] talked about [his] sexuality in any way.”

“There are plenty of letters in the alphabet ... Why bother rushing to a conclusion?” Bassett asked. “Sometimes your letter changes, sometimes you try a different one, other times you realize you’re not what you thought you were, or maybe you always knew. All of these can be true. I’m happy to be a part of the LGBTQ+ community because they embrace all.”

Bassett also said he would “love” to see his High School Musical: The Musical: The Series character Ricky explore his queerness in the show too. He spotlighted a particular scene from the show’s first season where his co-stars Joe Serafini and Frankie A. Rodriguez dance together at Homecoming that gave him “full body chills” and brought a tear to his eye for a reason he didn’t entirely understand at the time. “I didn’t connect the dots why until recently ... the reason that made me so emotional,” he reflected. “I’m getting so emotional now because they were speaking their truth despite the inevitable reaction that they were going to get.”