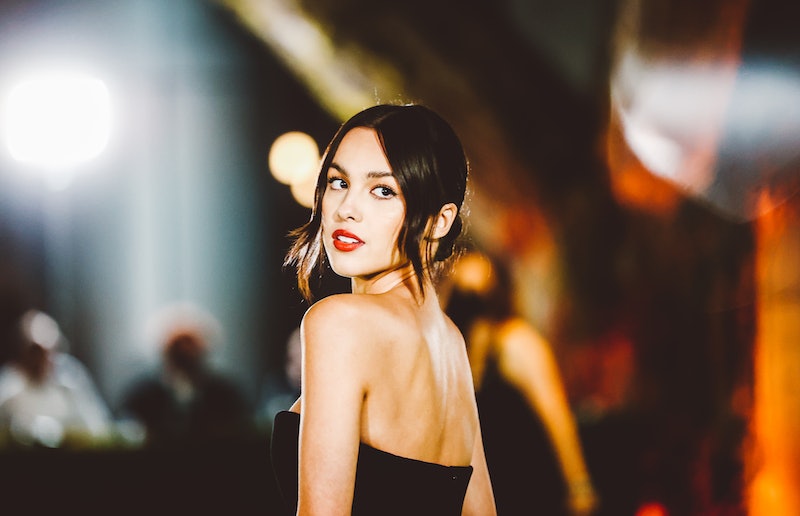 Olivia Rodrigo knows better than most that it can be “brutal out here” for young women in the spotlight. Upon the release of the inescapable “drivers license,” the singer-songwriter’s alleged relationship with fellow High School Musical: The Musical: The Series actor Joshua Bassett that may or may not have inspired the song was heavily discussed, with many fans pitting her and Bassett’s rumored new flame Sabrina Carpenter against each other. More recently, Rodrigo’s faced scrutiny for drawing musical inspiration from Paramore’s “Misery Business” and Taylor Swift’s “Cruel Summer” for “good 4 U” and “deja vu,” respectively, and retroactively adding the songs’ composers to her own writing credits. In a new interview with Teen Vogue, the 18-year-old shared her thoughts on another young star whose life, career, and conservatorship battle have been at the top of seemingly everyone’s minds: Britney Spears.

“I’m so excited to see her making leeway in her case,” Rodrigo told writer P. Claire Dodson of Spears, whose father, Jamie Spears, was suspended as her conservator on Sept. 29 after 13 years in the role. “I think it’s a step in the right direction. I’m so happy that Britney’s case is getting so much attention, and I just hope that she gets all the justice she deserves and lives the best life she possibly can.”

Recent documentaries including Framing Britney Spears, Controlling Britney Spears, and Britney vs Spears have examined the role media outlets and culture at large played in Spears’ perceived downfall in 2007 that ultimately led to her controversial conservatorship. Rodrigo says the pop princess’ case is “one example of this culture that so often tears down women in the spotlight for sport.” She continued, “As a society, we definitely have to reexamine the way we treat women in the entertainment industry, and not just for ourselves — it’s unhealthy for young girls to be looking at all that stuff in the media. It paints a bad picture.”

“It’s so frustrating to see young girls held to a completely different standard than other people. Social media is making it even harder for young girls to grow up,” she says, noting that society’s tendency to scrutinize women affects everyday individuals, not just celebrities. “I don’t even think it’s about me being like, ‘Oh, I’m hurt to see people say mean things about me or my friends.’ It’s really toxic for young girls to open their Snapchat app and see the articles about young women who are just sharing their art and existing in the world, and watching them being torn apart for doing absolutely nothing.”

Elsewhere in the story, Rodrigo shared a few details about her next album, the follow-up to Sour, which was released in January and charted at No. 1 on the Billboard 200. She expressed interest in potentially collaborating with some of Nashville’s country songwriters or rock musicians, inspired by Halsey’s If I Can’t Have Love, I Want Power. More than anything, she wants to avoid getting “pigeonholed” into any specific style and plans to slowly ease into her next record. “I’m gonna take my time to figure out exactly what I want to say and how I want to say it.”

More like this
Pink's Daughter Helped Her Rehearse For The AMAs’ Olivia Newton-John Tribute
By Jake Viswanath
Then Vs. Now Photos Of The 'Enchanted' Cast In 2007 & The Sequel's Stars In 2022
By Marina Watts
Twitter Is Very Torn About The Winner Of 'Dancing With The Stars' Season 31
By Jake Viswanath
Millie Gibson Still "Can’t Believe" She Was Cast As Doctor Who's Companion
By Brad Witter
Get Even More From Bustle — Sign Up For The Newsletter