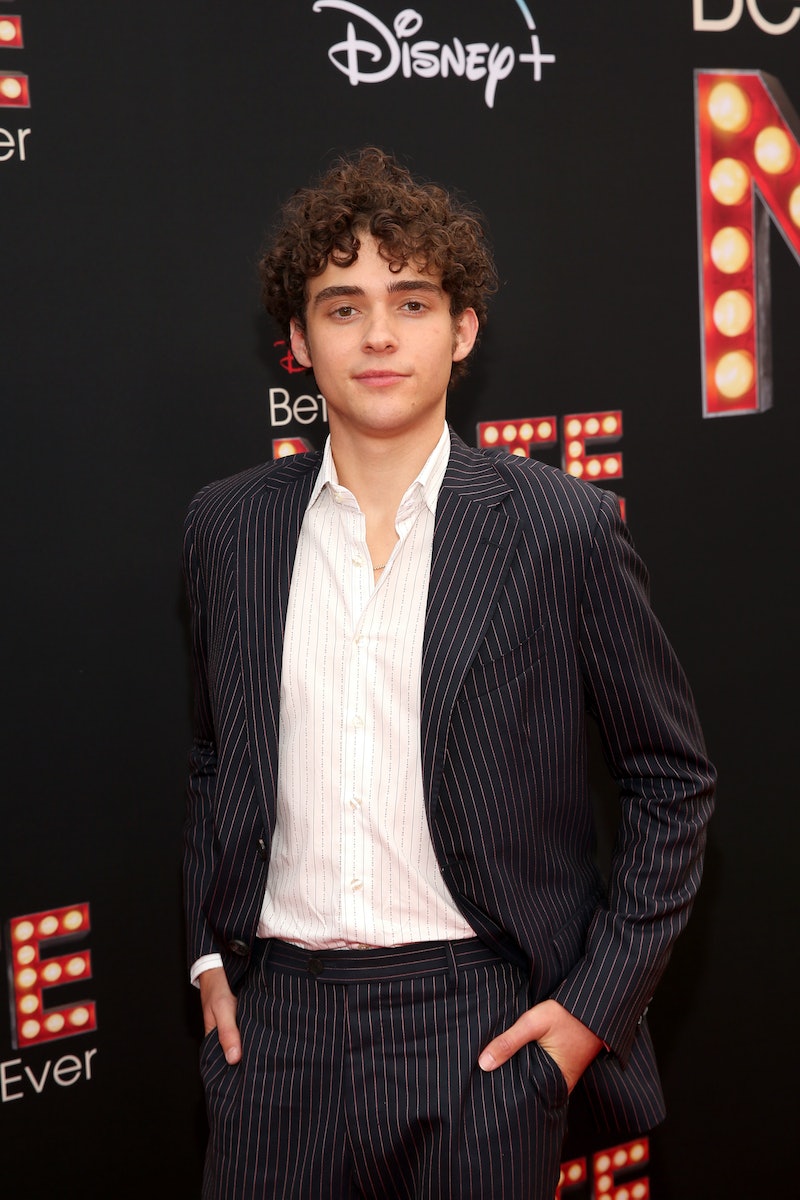 Joshua Bassett is still processing the trauma that resulted from being sexually abused as a child. In a new interview with People, the High School Musical: The Musical: The Series star said that he’s working with a therapist who’s helping him cope with his painful past. The “Set Me Free” singer previously revealed in an interview with GQ that he was abused by an unnamed relative from the ages of 5 to 9, and as a teenager by a man in one of his theater groups.

“What I realized recently is that the reason why I haven’t been able to process so much of it is because I went into pure shock,” Bassett told People. “I’m still very much in the middle of the whole process, and I think it is a lifelong thing, but I’m learning to peel back the layers,” he added. The 21-year-old actor also acknowledged that he needs to give himself “permission to move on.”

As Bassett continues to process everything, he feels compelled to speak up for those in similar situations who can’t. “It really bothers me that people said, ‘Why didn’t you do anything about it?’” he said. “When you go into freeze mode, you literally shut down. If I, a person with a platform, got treated like that, what would happen to a person in a small town? I won’t shut up about this until we’re far past that.”

In addition to confronting his traumatic childhood, the HSMTMTS star overcame many challenges last year. After the January 2021 release of Olivia Rodrigo’s “Drivers License,” which she allegedly wrote about their split, Bassett faced heavy criticism online and even received death threats. Unfortunately, the online hate turned out to be the least of his problems.

The actor told People that he felt sick for days after Rodrigo’s song came out, which he originally thought was because of stress. “Every day I felt worse and worse,” he said. “I was sleeping 16 to 20 hours a day. I couldn’t even stand up for longer than 30 seconds.” And after releasing his song “Lie, Lie, Lie” less than one week later, he knew that something more serious was going on.

“I felt my heart literally failing,” the Disney star recalled. “I was like, ‘This isn’t just anxiety. This is bad.’” When Bassett arrived at the hospital, his suspicions were confirmed and he was diagnosed with septic shock. “The doctors were like, ‘If you hadn’t checked in within 12 hours, you would have died in your apartment,” he said. “It’s wild that I was this close to taking another nap.”

Bassett made a full physical recovery and was able to leave the hospital nine days later. However, he was still struggling mentally. “I was even more depressed and stressed,” he told People. “I had a panic attack every single day.” Now, the actor appears to be in a much better place. In February, he released a new single titled “Doppelgänger,” and in April, his new film Better Nate Than Ever will hit Disney+.

“Everything I do aligns with what I needed when I was 10,” Bassett told the magazine. “With that, I’m constantly seeking how can I have a greater impact on myself and others, whether through music, charity or projects. My mission is to bring light to people and help them find their peace. That’s all I ever want to do, truly.”

More like this
Michael B. Jordan Tackled His "Public Breakup" With Lori Harvey On 'SNL'
By Brad Witter
Britney Spears Shared The Real Reason She Shut Down Her Instagram Account
By Brad Witter
Katy Perry Honored Fiancé Orlando Bloom's Ex Miranda Kerr With A Sweet Speech
By Stephanie Topacio Long
Andy Cohen Apologized To Larsa Pippen After A 'RHOM' Season 5 Reunion Dust-Up
By Brad Witter
Get Even More From Bustle — Sign Up For The Newsletter
From hair trends to relationship advice, our daily newsletter has everything you need to sound like a person who’s on TikTok, even if you aren’t.