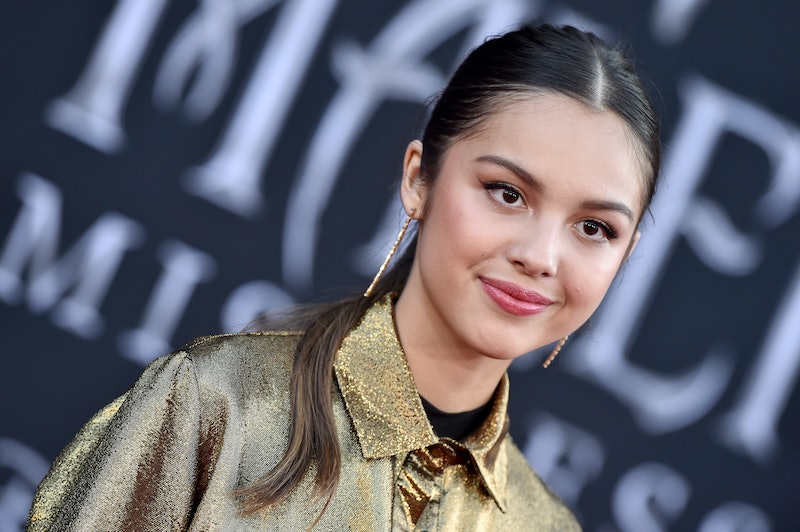 Every now and then a song comes along that so perfectly hits you in the feels, you can't help but play it a hundred times. You're in it for the chills, the message — the chance to cry in your car. And right now, for seemingly everyone, that song is "Drivers License" by Olivia Rodrigo.

In fact, the song just broke the Spotify record for the most-streamed song in a single day. To give you some perspective, the previous holder of that title was Ariana Grande's "7 Rings," which was played nearly 15 million times in a 24-hour period.

With heart-wrenching vocals and lyrics like, "You said forever, now I drive alone past your street," Rodrigo manages to capture post-breakup loneliness. And for anyone who's ever even thought of the word "love," it's proving to be pretty darn cathartic.

The thing is, one could argue that almost every song ever written was inspired, in some way, by loneliness, sadness, or heartache. So, what is it about "Drivers License" that feels so magnetic? According to Sandi Curtis, Ph.D., MT-BC, MTA, a music therapist, author, and researcher, it has a lot to do with the way the elements of Rodrigo's song mesh together.

"The message of the lyrics and the impact of the music itself (melody and harmony of the chords) are powerful, but in combination they are incredibly compelling," she tells Bustle. "Together, they evoke a strong response from us that is emotional, physical, and psychological all at the same time."

It's why you get goosebumps or feel the urge to cry, especially as she starts belting. It's also why the song drags you back in for a second (or 50th) listen. Take these lines, for example: "I know we weren't perfect, but I've never felt this way for no one. And I just can't imagine how you could be so OK now that I'm gone."

So simple. So relatable. And that's part of it, too. "We hear our stories in the songs of others," Curtis says. "We project onto those songs our own experiences and emotions," which is immensely comforting. When you're going through a tough time, nothing's better than knowing you aren't alone.

"Drivers License" could speak to a breakup you're going through right now, or remind you of one that happened years ago, that you never quite got over. Sure, you might find yourself sobbing at a red light while thinking about your ex. But by playing the song over and over again, you're actually doing yourself a favor.

"Listening to sad songs allows us to process our emotions and our experiences," Curtis says. "It allows us to be in the present, be mindful of our emotions, and deal with them, rather than stuffing them down." In other words, the song might provide relief you didn't even know you needed.

And the cool thing is, any emotional release that happens while listening to "Drivers License" might not even stem from a breakup. "Not all of the song has to resonate for us," Curtis says. "In fact, we might connect with only a single line, but it doesn’t matter because that line on its own can be incredibly evocative."

So if you find yourself going back to Spotify to stream the song, once again, it's probably because you really needed to.

More like this
Do I Have To Tell My Crush That I Slept With Her Ex?
By Sophia Benoit
This Company Will Send STI Tests Right To Your Door
By Lexi Inks
14 Underrated Date Ideas To Try With Your Partner
By Lexi Inks
Bumble's "Compliments" Feature Lets You Message Before You Match
By Lexi Inks
Get Even More From Bustle — Sign Up For The Newsletter