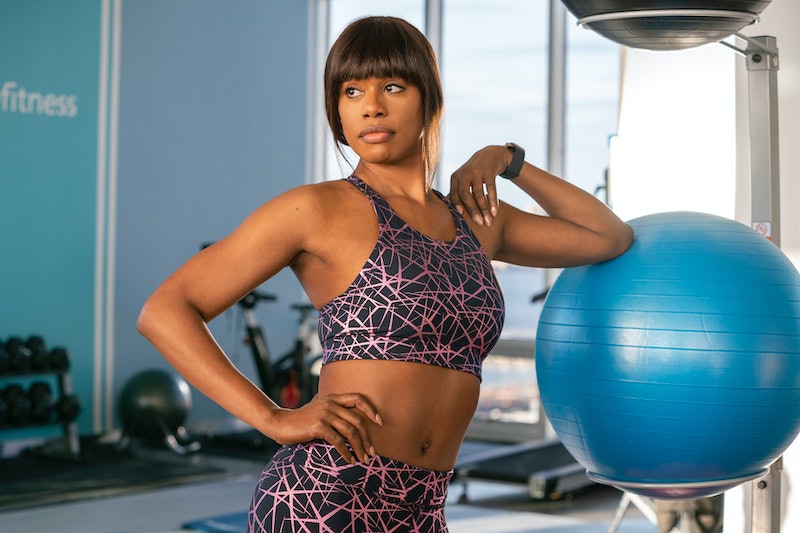 Among those caught in the web of “SoHo scammer” Anna Sorokin was Kacy Duke, a personal trainer known for her work with stars including Denzel Washington, Bebe Rexha, Bruce Willis, and Julianne Moore. She got pulled into Sorokin’s orbit after Sorokin hired her as her trainer, and notably, Duke was on Sorokin’s infamous trip to Morocco, which resulted in their mutual friend Rachel DeLoache Williams fronting Sorokin $62,000.

“We had a four-hour lunch where she told me her whole entire life story, which is incredible,” Laverne Cox, who plays Duke in Netflix’s Inventing Anna, told Entertainment Tonight. “There should be a Kacy biopic [because] she has lived a life, honey. She has stories.”

Based on Jessica Pressler’s 2018 article about Sorokin, Inventing Anna follows a journalist Vivian (Anna Chlumsky) as she tries to unravel the truth about Sorokin’s many scams. A Russian immigrant who pretended to be a German heiress worth $67 million, Sorokin claimed she wanted to create a private membership club for artists and attempted to secure a $22 million loan using falsified documents. Sorokin was eventually found guilty in 2019 of four counts of theft of services, three counts of grand larceny, and one count of attempted grand larceny, though she has maintained that she had a legitimate business plan that fell apart and didn’t intend to defraud anyone. Duke was never asked to take the stand during the trial, but she did at one point “stage an intervention” to try to get to the bottom of Sorokin’s elaborate ruse following the Morocco trip. Here’s everything else to know about her.

Who Is Kacy Duke?

According to Duke’s website, she has a client list that reads like a “red carpet Who’s Who” and served as the founding Group Fitness Director of the swanky and celebrity-beloved Equinox Fitness Club. She’s been a spokesperson for Dove Deodorant, Kellogg's, and Nike, and has guested on programs like Good Morning America and CBS Morning News. She created a fitness routine for Dakota Johnson for 50 Shades Darker, gives advice for pre-wedding workouts, and makes videos about how to train at home.

How Did Anna & Kacy Meet?

According to Pressler’s article, Sorokin found Duke online. Described as a “svelte, ageless Oprah-esque figure,” Duke acted as both a personal trainer and a life coach for Sorokin. “Shoulders back, navel to spine. You are a bright woman; you want to be a businesswoman. You gotta be staying strong on your own power,” Duke told Sorokin.

According to Sorokin’s friend Neff Davis (played by Alexis Floyd in the show), Sorokin paid $4,500 in cash for a package of sessions after her first visit to Duke.

As editor Rachel DeLoache Williams (played by Katie Lowes in Inventing Anna) wrote for Vanity Fair, Sorokin invited her, one of her photographer friends, and Duke on a lavish trip to Marrakech, Morocco in May 2017. Despite promising this was an all-expenses paid trip, Sorokin repeatedly asked Williams to foot the flight, hotel, restaurant, and shopping bills, claiming she didn’t tell her bank about the travel so her credit card kept getting declined. In all, the trip cost Williams $62,000, an amount that Sorokin never paid her back for.

By Williams’ account, Duke seemed to be unaware of all of this. Duke was “sick in bed” for most of the trip, and booked a flight home early with Williams’ help. (Unlike Sorokin, Duke gave Williams her credit card to use.)

Believing Sorokin’s promises that she’d eventually wire transfer her the money, Williams spent months chasing down Sorokin. But in July, Williams got a text from Duke saying that Sorokin was sleeping on her couch and had nowhere to go.

In August, Sorokin resurfaced and went back to Duke’s apartment looking for a place to stay. Duke immediately contacted Williams and organized an intervention at the Frying Pan bar in Manhattan. Sorokin arrived in oversized sunglasses and wearing the same dress she borrowed from Duke weeks ago. “We are here because we want to help you,” Duke said, per The Cut. “But to do that, we need to hear some truth from you, Anna.”

Despite Duke’s attempts to get Sorokin to open up, she continued to lie. As a result, the next day Williams emailed the New York County District Attorney’s Office and found out that Sorokin was the subject of an ongoing criminal investigation.

Where Is Kacy Duke Now?

Though she was part of Sorokin’s inner circle, Duke never got as deeply entangled as Williams. Now 65, Duke continues to train clients and offer her “age-defying physique” program to subscribers. Based on her Instagram, she enjoys spending time with her dog Zeus and her grandkids. She also co-hosts Real Ass Woman, a podcast on which she interviews successful business women with Darlene Williams. She recently posted about her excitement for Inventing Anna. “So proud. Everybody should watch it,” Duke wrote on Instagram on Feb. 8. “A great series.”