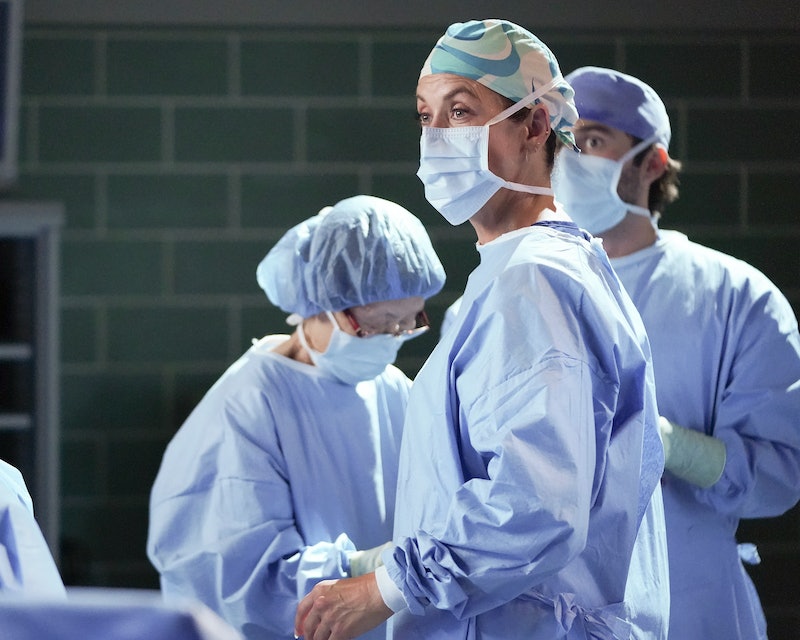 Season 17 of Grey’s Anatomy saw the return of several beloved dead characters — but Season 18’s been busy bringing back a few fan-favorites who are very much alive, and fans are here. For. It. The season kicked off with former guest star (and possible future flame for Meredith?) Scott Speedman as Nick Marsh, while the Oct. 14 episode welcomed back one of the show’s most iconic, deliciously dramatic stars: Kate Walsh’s Addison Montgomery.

The highly anticipated return marked the first time Addison has been on Grey’s in nearly a decade, so the show naturally had a lot of emotional terrain to cover — especially concerning the loss of Derek, which Meredith and Addison discussed in a heart-to-heart elevator moment. Unsurprisingly, fans loved the episode, and shared their praise on social media. “Screamed, laughed, cried, smiled and CRIED uncontrollably *again,*” one fan tweeted. Another wrote, “I waited so long to see my girls together again.”

Well, Walsh saw all your tweets (and your TikToks, too) — and all the love was enough to make her “go shed a few tears,” she shared on Twitter after live-tweeting the episode. “Feels like I never left.” Then, in a message she posted to both Twitter and Instagram, Walsh thanked her fans once again and let them know how much their support meant to her.

“Truly blown away by everyone’s reaction and support for tonight’s episode,” she said. “Thank you all for making this night so special!” Several celebrity friends joined in on the celebration, including Walsh’s Emily in Paris co-star Ashley Park. “You are everything and more,” she wrote.

The sweet show of gratitude followed a fun TikTok earlier in the day — yes! Walsh is active there — in which the Grey’s and Private Practice star lip-synced some of her character’s most iconic lines, like “I slept with Mark!” and “You must be the woman who’s been screwing my husband,” with the latter going on to be referenced to brilliant effect in the Oct. 14 episode.

Walsh credited TikTok user mrsmcsteamy for the sound — much to the original creator’s delight. “I have no words,” mrsmcsteamy wrote. So, yes, it’s safe to say that Walsh is aware of Grey’s fandom in all its forms. Here’s hoping for even more memorable moments during next week’s episode. Whether we’ll see her again after that remains TBA. “I did two episodes and then you’ll see what happens,” Walsh told Entertainment Tonight on Oct. 14.

More like this
'GoT' Star Emilia Clarke Says She "Just Can't" Watch 'House Of The Dragon'
By Brad Witter
'Friends' Star Maggie Wheeler Offers Support To Matthew Perry After Reading His Memoir
By Alyssa Lapid
RHOP’s Robyn Dixon Explained Why Juan Paid For Another Woman's Hotel Room
By Brad Witter
'RHOSLC' Star Jen Shah Refuses To Do A Post-Sentencing Interview With Andy Cohen
By Brad Witter and Jake Viswanath
Get Even More From Bustle — Sign Up For The Newsletter
From hair trends to relationship advice, our daily newsletter has everything you need to sound like a person who’s on TikTok, even if you aren’t.