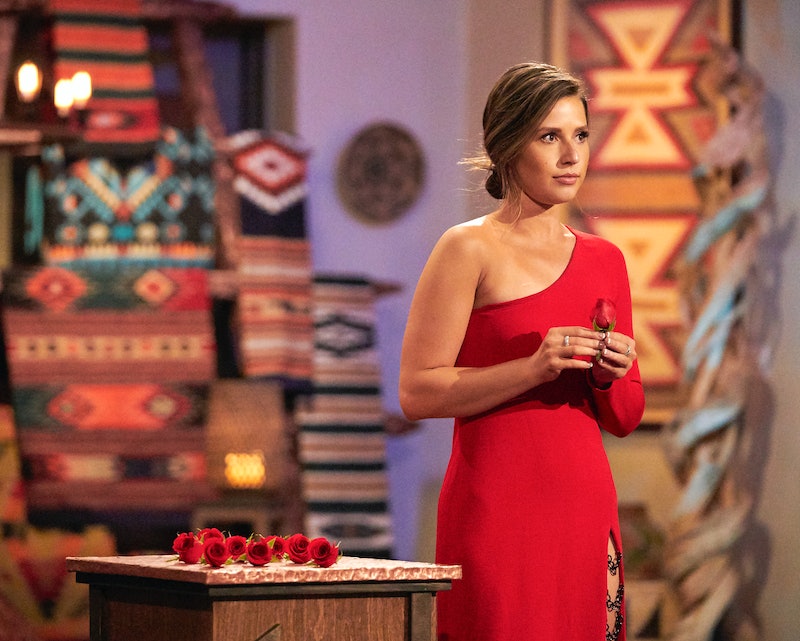 On Monday night’s episode of The Bachelorette, Katie Thurston opened up more about her sexual assault. During a one-on-one date with Blake Moynes, she explained that she experienced a lot of guilt after the assault and even tried to pursue a relationship with the man who violated her consent. “I was in denial about what happened so much so that I pursued him aggressively to make it so that we were in a relationship so that it wasn’t what it really was,” she said.

Staying in touch with or trying to form a connection with an assaulter is not an uncommon reaction among survivors, even though it’s often used to victim-blame. Sometimes, it’s a way for survivors to cope with the lack of control they felt over their bodies. "If [survivors] can now conceptualize this as a relationship, they can feel they have control, whereas [during the assault] they didn't feel they had control," Elizabeth Jeglic, Ph.D., a psychology professor at New York's John Jay College, told ABC News in 2020.

Other times, as with Katie, it’s borne out of a desire to downplay or deny what happened. "Acknowledging that it is rape, that can be something that is really painful,” Jeglic said.

Katie also explained that it wasn’t until the beginning of the #MeToo movement that she stopped placing blame on herself. “Slowly I started to become more comfortable talking about sex and what healthy sex means,” she told Blake.

Katie previously discussed her sexual assault during a therapy-themed group date with the men earlier this season, revealing that the assault happened 10 years ago on New Year’s Eve. "I know you see me today as this very sex positive woman, who’s very confident. She hasn’t always been here," she said. “[Afterward] I didn’t want to have sex…. I didn’t like talking about sex, and it’s taken me a long time to get to where I am now…. loving myself and accepting things I can no longer control.”

Since appearing on Matt James’ Bachelor season, Katie has used her platform to break down the stigma around talking about sex and consent. “What people need to remember is that if you’re uncomfortable having [a] conversation [about sex], then you’re probably not ready to be having sex with that person, to begin with,” she recently told Glamour. “If you have a good relationship with this person where, even if it’s casual, romantic, whatever, you should be comfortable to say, ‘Are you OK having sex? Do you want to have sex? Should we have sex?’”