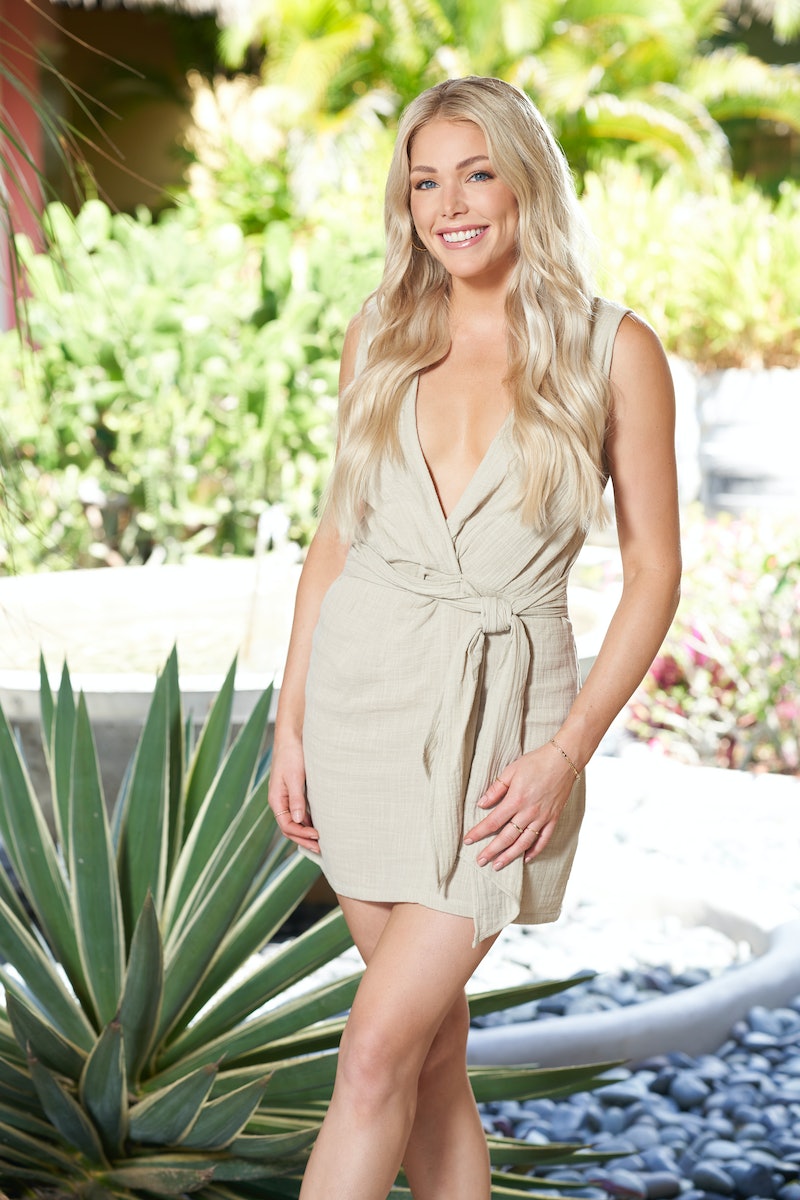 After taking a year off amid the pandemic, Bachelor in Paradise will return for Season 7 on Aug. 16 with 23 singles ready for another shot at love. One contestant hitting the beach is Kelsey Weier from Peter Weber’s season of The Bachelor. A Des Moines native and former Miss Iowa USA, Kelsey made it to Peter’s final four, but she’s perhaps best known for her involvement in “#ChampagneGate.” Here’s everything else you need to remember about the 30-year-old.

A graduate of the Salon Professional Academy, Kelsey has always been involved in fashion and hair care. She once worked as a colorist at Rick Mosley Hair, and while competing on Peter’s season, she was a self-described “professional clothier” for Tom James Company. (As in, she was a stylist who met with clients to define their personal style and create a customized closet.)

According to Kelsey’s LinkedIn profile, she left the company in August 2020 and is now fully self-employed. Though it’s not clear if she’s working on any particular business right now, she has paid partnerships with companies like WW (formerly known as Weight Watchers) and Bowflex.

Kelsey leans into the influencer lifestyle on Instagram. She sometimes posts about freebies from companies like Belle Glos Wine as well as her love of the beach.

What Happened to Kelsey On Peter’s Bachelor Season

There’s always drama in the Bachelor mansion, and in Peter’s season it exploded — literally — between Kelsey and fellow contestant Hannah Ann in Week 2. Essentially what happened was: Kelsey brought an expensive bottle of Dom Perignon, which she received for her birthday and had been saving for a special occasion, to share with Peter during the cocktail party. She had a full set-up prepared, but Hannah Ann unknowingly popped it and shared a glass of champagne with Peter. Peter tried to smooth things over by offering Kelsey the champagne Hannah Ann was supposed to use, but since it was knocked over it just exploded in Kelsey’s face.

The two women fought about the situation for a while, but they seemed to have mended fences by the time the season aired. “Cheers to us,” Hannah Ann commented on Kelsey’s Instagram post of the incident. Kelsey agreed in the Women Tell All episode that she acted a bit irrationally, but said, “I was just justified in my emotion.”

In a cheeky reference to the blow up, Kelsey’s Instagram bio reads, “I don’t even like champagne.”

What Else To Remember

Despite the #ChampagneGate debacle, Kelsey and Peter’s relationship grew quite strong throughout the season. On their first one-on-one date, Kelsey thanked Peter for “accepting me for who I am and not running away" after the "embarrassing" incident. In turn, Peter said that even though they didn’t interact much at the start, her “heart came through” when they talked and he was keen to keep her around.

They later went on more one-on-one dates, including ATVing around the Peruvian countryside and eating pierogis in Cleveland. Slowly, Kelsey opened up about her parent’s terrible divorce, her estranged relationship with her father, and how her mom basically raised her and her two sisters alone. On her hometown date in Des Moines, Iowa, she took Peter to a winery and confessed that she was in love with him. "When she loves, she loves like no other," her mother Beth later told Peter, warning him not to break her heart.

Alas, Peter didn’t give Kelsey a rose at the next elimination, admitting his feelings for her weren’t as far along as with the other women.

Fans Wanted Kelsey To Be The Next Bachelorette

After seeing Kelsey get her heart broken, viewers immediately rallied for her to be the next Bachelorette. But she told People in February 2020 that was never her intent in going on the show. “It was always to see if this actually could work for me,” she said. “And I thought it could with Peter, but I haven’t been asked and honestly up until I started to figure out my feelings towards Peter, it’s never something that I’ve even thought about.”

It may not have worked out with Peter, but perhaps she’ll find someone new on BiP — and hopefully stay away from champagne in the meantime.