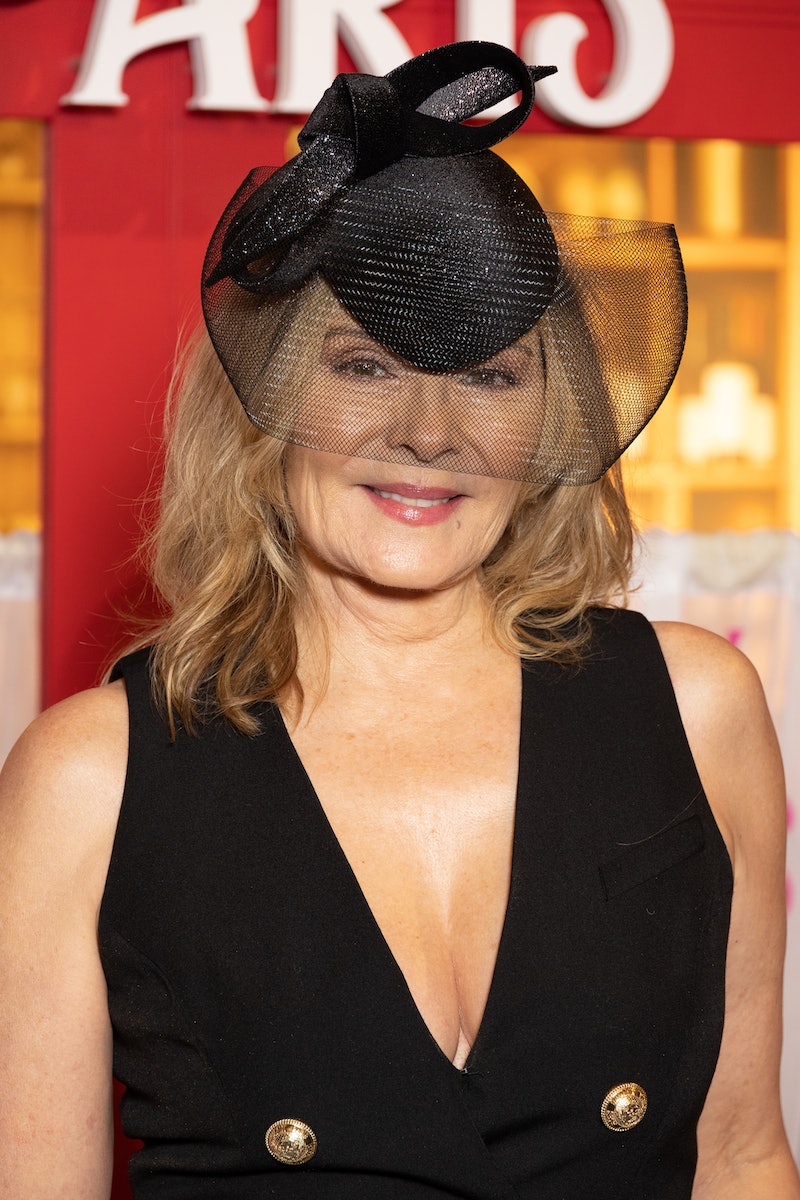 When it comes to Sex and the City, Kim Cattrall has made it clear that her ties to the franchise ended with the second film. “Everything in me went, ‘I’m done,’” Cattrall told Variety, explaining that she was disappointed in the story for a potential threequel. “I was never asked to be part of the reboot,” she said. “I made my feelings clear after the possible third movie, so I found out about it like everyone else did — on social media.”

In the same May interview, Cattrall said she always saw her co-stars as colleagues, not necessarily as friends. However, there does seem to be at least one bond from the show that’s stuck to this day: Cattral and Sex and the City creator Darren Star.

At the Dec. 6 Emily in Paris Season 3 premiere, Cattrall and Star posed together on the red carpet. Cattrall later recapped the moment on Instagram, thanking Star and Netflix “for such a fun opening in Paris.”

Star, who created Emily in Paris in 2020, clarified that Cattrall’s presence doesn’t mean she’s joining the popular Netflix show — not yet, anyway. “It’s a wonderful idea,” he told Variety at the event. “Not at the moment but it would be so much fun to see that happening.”

Of course, rumors and theories about Cattrall joining Emily in Paris have been circulating for some time. For starters, there’s Cattrall’s friendship with the show’s creator. Also, her SATC character Samantha Jones’ glamorous, high-powered PR career would pair perfectly with the French agency at the center of Emily in Paris. Star previously told Variety that he’d be down to cast Cattrall but would prefer to create a new role for her instead of having her reprise Samantha. “It’s two different universes,” he explained.

As for Cattrall potentially appearing on the Sex and the City reboot, And Just Like That...?, don’t get your hopes up. Despite creating the original mothership series, Star is not involved with the new show, whose second season debuts in 2023, so his appearance with Cattrall seems thoroughly unrelated to And Just Like That... “If it were up to me, I wouldn’t do it because it’s not what’s moving me right now,” Star told The Hollywood Reporter of the SATC reboot in 2021. “What’s moving me are the new things — I’m always about, like, what’s next?”

Cattrall expressed similar sentiments in her Variety interview, saying, “Can you imagine going back to a job you did 25 years ago? ... Everything has to grow, or it dies.”

More like this
Ashton Kutcher Wants Danny Masterson “To Be Found Innocent” In Rape Retrial
By Jake Viswanath
At 28, Debra Jo Rupp Was Living A Much Different '70s Show
By Grace Wehniainen
Raven-Symoné Addressed Fan Pushback To Her Name's Actual Pronunciation
By Stephanie Topacio Long
Man Meets Politics: ‘Boy Meets World’ Star Ben Savage Is Running For Congress
By Jake Viswanath
Get Even More From Bustle — Sign Up For The Newsletter
From hair trends to relationship advice, our daily newsletter has everything you need to sound like a person who’s on TikTok, even if you aren’t.