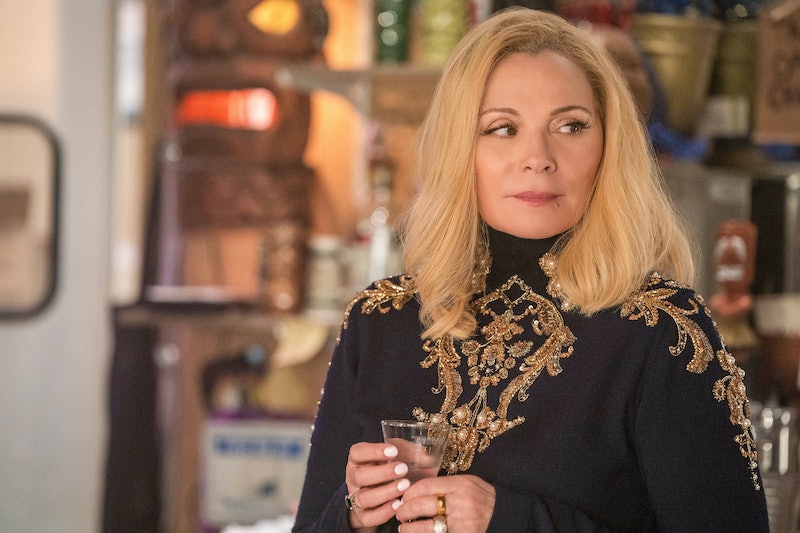 When HBO’s reboot of Sex and the City premiered in late 2021, fans and critics alike complained that And Just Like That... — which centers on middle-aged Carrie (Sarah Jessica Parker), Charlotte (Kristin Davis), and Miranda (Cynthia Nixon) navigating marriage, careers, and grief — didn’t capture the spark or essence of the original series. Criticisms ranged from the series’ forced “wokeness” that often manifested in the much-hated character Che Diaz to the all-around dour atmosphere that robbed the characters of what made them special in the first place.

But most of the disappointment centered on one crucial piece of the puzzle was missing: Samantha, played by Kim Cattrall, was absent from the show. In a new Variety interview published in May 2022, Cattrall addressed the gossip and rumors about her absence from the franchise and confirmed that Samantha would not be making appearance in Season 2 of AJLT. Below are the biggest takeaways from Cattrall’s conversation with Variety.

Fans are familiar with the long-running feud between Parker and Cattrall. The former colleagues have been somewhat open about their icy relationship, which reached a tipping point in 2018 when Cattrall publicly called out Parker on Instagram for “exploiting” Cattrall’s brother’s death.

Cattrall has rarely spoken about her relationships with her other co-stars until now, saying: “I think we were colleagues. My colleagues aren’t my friends. It was professional.”

Cattrall was not shy about her feelings on Samantha’s proposed trajectory. In the now-scrapped third Sex and the City film — much of which has been repurposed for the spinoff — Samantha’s main storyline involved receiving unsolicited sexual photos from Miranda’s adolescent son. “It’s heartbreaking,” Cattrall said of the choice to not give her character a real conflict. “Why can’t Samantha, who owns her PR company — maybe she had to sell it because of financial woes? 2008 was tough. Some people are still recovering. She had to sell it to some guy who’s wearing a hoodie, and that’s the dilemma she has ... I would have preferred for all of us to have some kind of event to warrant a third film. That didn’t happen.”

After the disappointment of the script, Cattrall realized that her time with Samantha had run its course. “I was ready ... and as difficult as it was, and as scary as it is to stand up and not be bullied by the press or the fans or whomever — to just say, I’m good. I’m on this track. It was so great working with you. I so enjoyed it, but I’m over here.”

After making her feelings clear about the third movie’s potential storylines, there apparently wasn’t any outreach to include Cattrall in the new show. “I was never asked to be part of the reboot,” she told Variety. “I found out about it like everyone else did — on social media.”

Cattrall Won’t Bring Samantha Back For Season 2 Of And Just Like That...

“I played her, and I loved her,” she added. “I felt ultimately protective of her. I just loved her so much.” But for fans wondering if there’s a sliver of hope she’ll make a cameo on And Just Like That... Season 2, Cattrall closed the door on that. “That’s a no,” she said. “It’s powerful to say no.”