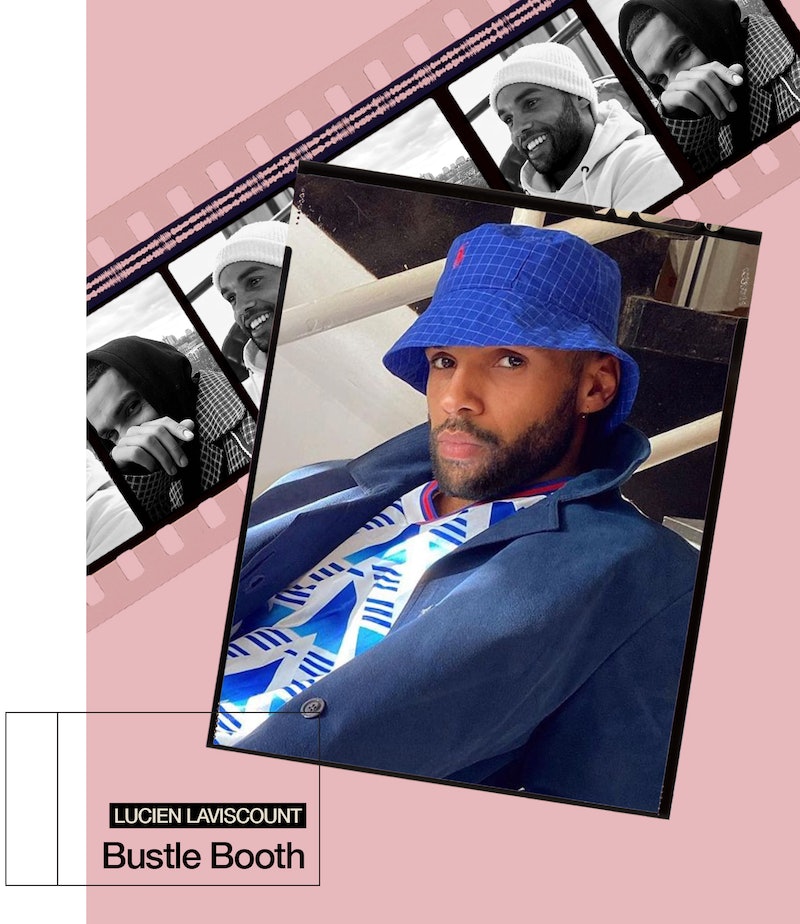 A year ago, Lucien Laviscount had never been to Paris. When he was cast as Alfie, Emily’s francophobe love interest in Season 2 of Emily in Paris, the closest he’d come to the City of Lights was watching Season 1. The 29-year-old Brit was in Brooklyn doing press for a different project when his agent called him. “Lucien, Darren Star wants you to read for Emily in Paris,” Laviscount recounts, shifting between characters, instinctively performing the story rather than telling it. Laviscount taped an audition and sent it back within the hour.

The next day he was invited to a 15-minute Zoom call with Star and series lead Lily Collins, who Laviscount calls her “the most welcoming human being,” that lasted four times as long. A few hours after that, he got the call. “You’re going to Paris tomorrow,” Laviscount says, adopting another point of view before settling into his own: “And I’d never been to Paris before. It was my first time.”

The first season of Emily in Paris nabbed headlines for sending up national stereotypes. Its French characters were scathing chain-smokers who showed up for work at midday; the American at its center was bubbly, clumsy, ringarde. Season 2 sets its sights on the English, who love football obsessively and look down their noses at basically all else. On a Zoom from the UK’s Ribble Valley where he grew up, Laviscount calls himself a “country bumpkin,” but his Alfie is the consummate city mouse: a besuited banker who works, eats, and lives in La Défense, he crosses Emily’s path only when forced beyond the financial district for French class.

Laviscount does not relate. He’s smitten with the city. “It’s like a museum with the roof blown off.” Though the show offered him a sleek new build to stay in while filming, he opted to stay in the Marais in an old apartment with floor-to-ceiling windows and creaking floorboards. Filming was the ultimate backstage pass. He did a party scene from the deck of a bateaux mouche, Eiffel Tower glittering in the distance. On his last day on set, Laviscount filmed a football match at the Champ de Mars. “It’s ridiculous! Ridiculous!” he says, excited. “I love the fact that the buildings aren't so high, so the Eiffel Tower really stands out. The energy, the electricity.”

He watched the first season more like the rest of us: in lockdown when he needed to be “uplifted,” he says, and in binges that lasted several episodes long, often at perplexing times of day. A fan of Star’s, he turned the pilot on casually, noncommittally. He let one glossy episode autoplay after another until he was nearly halfway through the run. “That's when I could go to sleep,” he says. “I was like, ‘Okay, cool, it's three in the morning. You've got sh*t to do tomorrow, Lucien.” We’re all familiar with his late-night calculus: Yes, I have an early meeting, but won’t I sleep better if I know what’s up with Emily and Antoine? “I raced through the rest within a couple of days,” Laviscount admits.

While Laviscount’s Alfie is just one of Emily’s suitors, Laviscount thinks his sarcastic, vaguely misanthropic capitalist is the guy for her. “Alfie opens up Emily's fun side, her dark side, her naughty side. And I think Alfie's a great escape from her work life, which she loves so much. But I think everyone needs an escape sometimes.” He makes a convincing case, but Laviscount’s got his own ulterior motives for wanting to be back on set: “I really vibe with Paris a lot.”

Never Too Much - Luther Vandross

Early morning training in the countryside

What is something you want people to say about you?

He understood the assignment