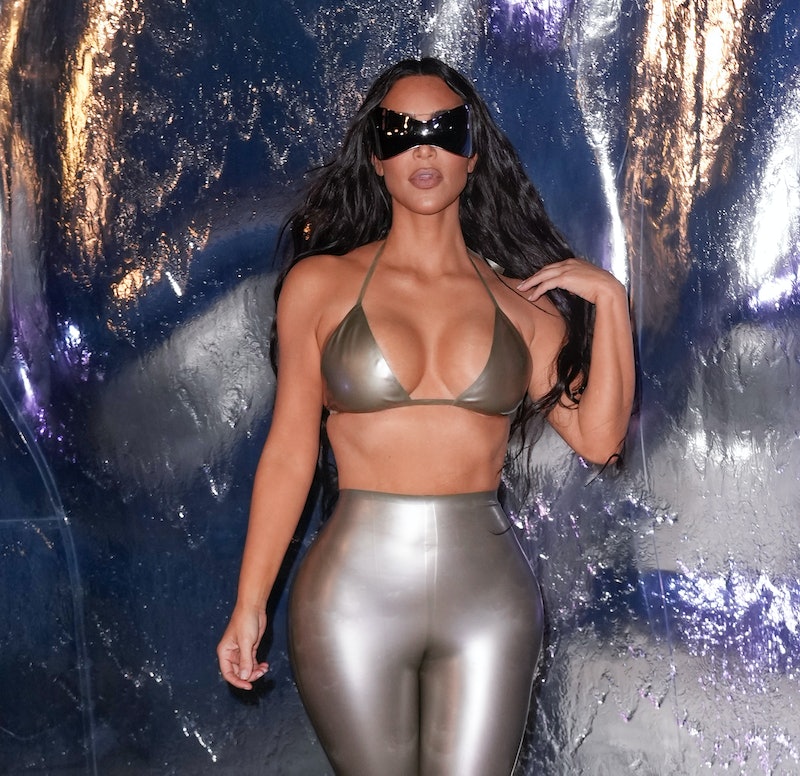 As Kim Kardashian quipped on The Ellen DeGeneres Show on March 16, “I guess it’s not official until you post.” It’s fitting, then, that the reality star used her Instagram story to show off her favorite of the “few” tattoos her boyfriend, Pete Davidson, has gotten in her honor since they were first linked in October. She posted a black-and-white snap of the ink, which says, “My girl is a lawyer” in all caps and is located near the SNL star’s collarbone.

A week-and-a-half prior, the Keeping Up With the Kardashians spoke at length with Ellen DeGeneres about Davidson’s tributes to her. The host got Kardashian to open up about how he has “a few tattoos” — mostly “cutesy things” — dedicated to her and their relationship, including one that honors her aspiration to become a lawyer.

“I think my favorite one, it says here, it says, ‘My girl is a lawyer,’” Kardashian told DeGeneres, pointing toward her collarbone area. “And that one’s really cute.”

The Skims founder also revealed that Davidson decided to switch it up for her when he got another permanent mark on his skin: a brand on his chest of her name. She’d liked his tattoos and thanked him for getting them, she said, “but, like, that’s what tattoo people do, right? Like, they get tattoos of what’s going on in their life…” Davidson apparently went for body branding because he didn’t want to be able to get rid of the mark or cover it up.

While DeGeneres didn’t look so sold on the idea, it was clear Kardashian loved it. “It’s so cute, guys!” she said to the audience. It isn’t visible in her recent tattoo photo, but the brand is also probably bound to make its own appearance on the star’s Instagram.

The couple has been more public about their relationship in recent weeks. Kardashian posted her first photos of the two of them to her Instagram account on March 11. At the time, fans couldn’t help but wonder if she was trolling her ex-husband Kanye “Ye” West by wearing a $23,000 Balenciaga coat in the photos that he said he bought her in October. Whether or not that was a goal or a side effect remains unclear, but Kardashian did gush to DeGeneres about being excited to share her relationship.

“I have the cutest pictures of us, and I want to be like, ‘Oh my God, we’re so cute!’” she said, adding that it’s all new to her because she hasn’t “dated since before Instagram existed.”

The posts are all part of Kardashian’s new decision to claim her happiness. “I encourage my friends and the people that I love just to be happy, and I went for it,” she said to DeGeneres. “And I went for it, I was like, ‘You know what? I’m in my 40s, like, f*ck it … just go for it.’ … I found it and it feels so good.”

More like this
Kim Kardashian Gives “Bucket List Dream” Lecture At Harvard
By Alyssa Lapid
How Khloé Kardashian & Family Supported Tristan Thompson At His Mom's Funeral
By Brad Witter
Kim Kardashian’s Son Saint Had This Unique Request From The Tooth Fairy
By Alyssa Lapid
Travis Barker's New Tattoo Is Causing Some Awkward Confusion Among Fans
By Stephanie Topacio Long
Get Even More From Bustle — Sign Up For The Newsletter
From hair trends to relationship advice, our daily newsletter has everything you need to sound like a person who’s on TikTok, even if you aren’t.