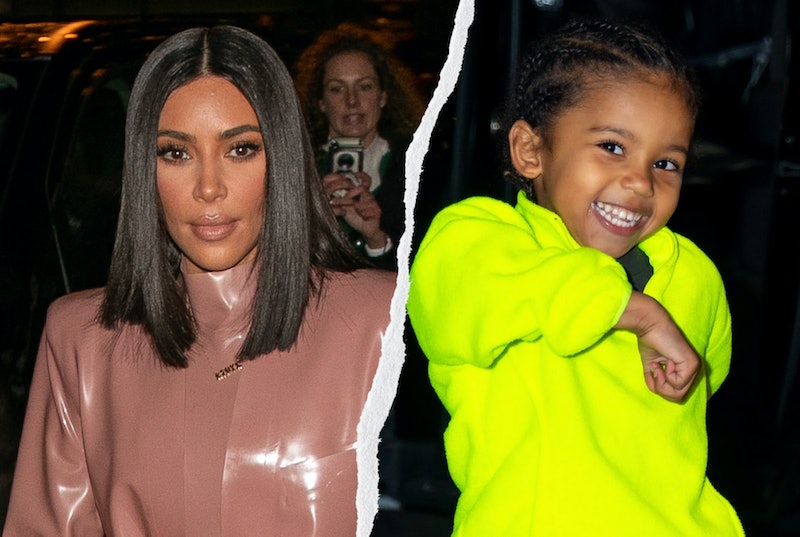 As Keeping Up With the Kardashians hurtles toward its series finale, even though Khloé Kardashian was “against” ending the show but was outvoted by her sisters, it’s clear that there are still plenty of surprises waiting to be unveiled in the remaining episodes. In a teaser for next week’s episode, the star of the reality program shares some very unwelcome news that could have potentially been very dangerous for her family.

“Sainty just tested positive for COVID,” Kim explained over a speakerphone call, referring to her 5-year-old son Saint. Who the reality TV star and fashion mogul is speaking to wasn’t made clear in the short clip (below), but it’s obviously someone she trusts and who knows her family well. She goes on to say that she’s worried about another one of her children as well.

“North is saying she’s feeling sick,” Kim said, sighing, and the person on the other end of the line answers matter-of-factly, “It wouldn’t be surprising if she has it.”

In between the shots of her sharing the difficult health news, Kim speaks directly to the camera confessional-style, opening up about what was going on in her mind as she learned at least one of her children had contracted a potentially deadly disease. “I’m trying not to freak anyone out,” the television titan began, “But I’m just really worried."

The episode in question was shot months ago, during some of the worst days of the coronavirus pandemic. Thankfully, it looks like all of Kardashian’s children are okay today, as there hasn’t been any more worrying news from her camp regarding their health. In fact, the reality TV mogul has been sharing snaps of her offspring online, which leads her tens of millions of followers to believe everyone’s doing just fine.

Saint is the second oldest of Kardashian’s four children with rapper and fashion entrepreneur Kanye West. He arrived just two years after their first-born, North. The couple also welcomed both Chicago and Psalm into their growing family in the past few years, and all four kids are still under the age of 10.

The two billionaires announced earlier this year that they have decided to go their separate ways, with Kim officially filing for divorce this past February. So far, the proceedings seem to be going smoothly, as they agreed on joint custody of the children and there’s no need for any spousal support, as they both make more than enough money to take care of themselves and their family.

One of the most successful reality TV shows ever, Keeping Up With the Kardashians is ending in just a few weeks, so fans of the program better get their fix of the drama while they still can. The last episode is slated to air on June 10, and there’s sure to be more exciting twists and turns left before the program concludes. The series has now been running on E! for an incredible 20 seasons, as it debuted in the fall of 2007. Since then, everyone attached to the brand has become a tabloid favorite, and it has launched more than half a dozen spinoff series, including Kourtney and Kim Take Miami, Khloé & Lamar, and Kourtney and Kim Take New York.