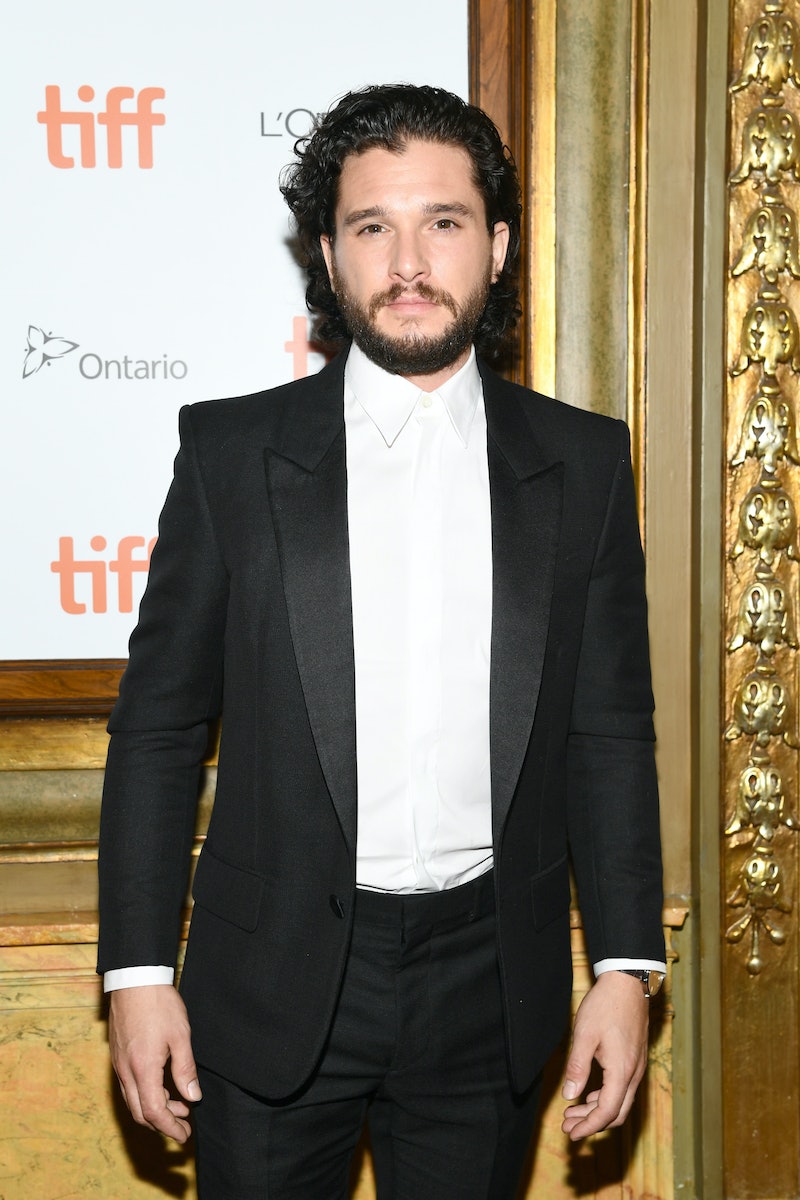 Game of Thrones had more of an impact on Kit Harington than fans had ever realized. During a recent interview on SiriusXM’s The Jess Cagle Show, the 34-year-old actor spoke openly about how the emotionally and physically draining drama series “directly” contributed to his mental health struggles during and after filming. “I went through some mental health difficulties after Thrones, and during the end of Thrones, to be honest,” he revealed. “I think it was directly due to the nature of the show and what I had been doing for years.”

As the show’s final season aired in May 2019, several outlets reported that Harington — who played the starring role of Jon Snow for eight consecutive seasons — checked into a mental health and wellness facility. He told Cagle that after receiving treatment, he took a step back from his career to “really concentrate” on himself and figure out what he wanted to do next. “I’m really happy I did that,” he added.

Harington has long been vocal about the detrimental impact that Game of Thrones has had on his health. In 2019, ahead of the show’s final season, he told Variety that things got very dark for him when his character was stabbed to death in Season 5. “My darkest period was when the show seemed to become so much about Jon, when he died and came back,” he said, adding that he felt a ton of extra pressure when his character’s uncertain fate became the focal point of the series.

“When you become the cliffhanger of a TV show, and a TV show probably at the height of its power, the focus on you is f*cking terrifying,” he continued. “All of your neuroses — and I’m as neurotic as any actor — get heightened with that level of focus.” It was around that time that Harington started going to therapy. “It wasn’t a very good time in my life,” he explained. “I felt I had to feel that I was the most fortunate person in the world, when actually, I felt very vulnerable.” And although he was “grateful” for all of his success, he was also overcome with doubt. “I felt incredibly concerned about whether I could even f*cking act,” he said.

In addition to the role being both physically and emotionally demanding, negative reviews of the series also took their toll. Harington told Variety that critics would call his character “boring.” “That got to me after a while, because I was like, ‘I love him. He’s mine and I love playing him.’” he said. Eventually, Harington stopped reading reviews, and ahead of the final season, he told the magazine that he was “at peace” with his performance. “I just got a feeling that it’s the most satisfied I will be with my work as Jon Snow,” he said.

When Harington was finally ready to return to acting after seeking treatment and taking a break, there was one thing standing in his way: COVID-19. “Just when I was wanting to come back to work the pandemic hit,” the actor told Cagle during their interview. Fortunately, all that extra time taught him an important lesson. “You don’t have to live in that intense place all the time,” he said. “Why don’t you do something that takes the weight off? Why don’t you do something fun?” The result? A role in Season 2 of Modern Love, which will premiere on Amazon Prime on Aug. 6.

More like this
'GoT' Star Emilia Clarke Says She "Just Can't" Watch 'House Of The Dragon'
By Brad Witter
15 Photos Of 'The Last Of Us' Star Pedro Pascal That Cement His Zaddy Status
By Radhika Menon
'Wednesday' Star Emma Myers Thinks A Wenclair Storyline Is “Possible” In Season 2
By Alyssa Lapid
Ashton Kutcher Wants Danny Masterson “To Be Found Innocent” In Rape Retrial
By Jake Viswanath
Get Even More From Bustle — Sign Up For The Newsletter
From hair trends to relationship advice, our daily newsletter has everything you need to sound like a person who’s on TikTok, even if you aren’t.