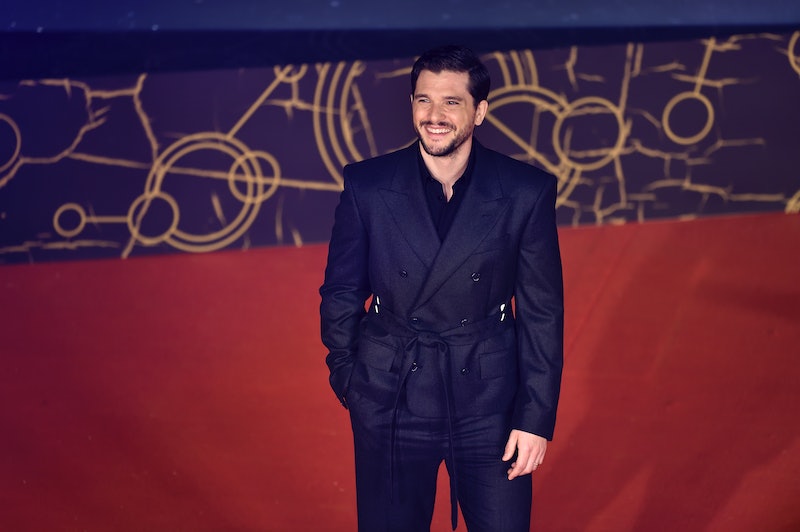 Game of Thrones has been off the air for two years now, but fans haven’t forgotten about one of the most popular — and certainly most expensive — TV series of all time. The stars of the series have all gone on to enjoy fruitful careers now that they’re all household names, with Kit Harington, who played Jon Snow, coming out as one of the most successful of the bunch.

Harington is making the big bucks again in 2021, starring in Marvel’s Eternals alongside Salma Hayek, Angelina Jolie, and Kumail Nanjiani. When it comes to collecting massive paydays in films, there’s nothing quite like signing on to be part of the lucrative Marvel Cinematic Universe.

By the end of filming Game of Thrones, Harington was one of the highest-paid people on TV. But what did he actually make, what did it all add up to, and what is he worth now?

What Is Kit Harington’s Net Worth?

Kit Harington is worth a reported $14 million, according to Celebrity Net Worth. That’s a hefty sum for an actor who broke into the mainstream and enjoyed massive commercial success with one major TV title.

While he had already been acting in the theater for some time before Game of Thrones, it was the HBO series that turned him from a working talent to a wealthy man. The fantasy program was a big gamble for the network, even though it came with a built-in fanbase, as it was incredibly expensive to create. The show started at a cost of between $6 million and $7 million per episode, then increased to an average of $10 million. By the end, HBO was shelling out a whopping $15 million per episode, with the cast taking home a big chuck of that.

When Game of Thrones began, HBO bet on the title pulling viewers in, opposed to actors bringing in the audience. The cast consisted of relative unknowns. After the show proved itself to be a massive success on all fronts with the first few seasons, the stars were able to negotiate for more money. Starting in Season 5, Harington’s pay went up to $300,000 per episode. Before that, it’s unclear what he made, but it may have been much, much lower.

From there, Harington’s salary rose significantly. Several of the main Game of Thrones cast members took home half a million per episode for Season 7. With the program ending after Season 8, HBO couldn’t lose beloved actors like Harington as well as Peter Dinklage, Nikolaj Coster-Waldau, Lena Headey, and Emilia Clarke, so the company had to cough up more money. A lot more. For the final season of the show, the stars all pocketed at least a cool million per episode, with Harington collecting a whopping $1.1 million per episode.

Before Game of Thrones came around, Harington was making his living in the theater in the U.K., where he was earning rave reviews for his performances in respected titles like War Horse and Posh. Since he made millions on TV, he has returned to his first love, starring in plays like Doctor Faustus, True West, and The Vote, though anyone who has ever received a paycheck from that part of the entertainment world can attest it’s not any way to get rich.

After becoming a star from the fantasy series that took over the world for nearly a decade, Harington quickly jumped into the film world, and he also found work on TV outside of Game of Thrones. On the small screen, he appeared in Criminal: UK, Gunpowder, which he also created, co-produced, and co-wrote. The latter title is a miniseries based on the Gunpowder Plot that took place in London in the 1800s, and Harington was the right man to put it all together, as his ancestors were actually involved in the event.

Harington seems to be particularly interested in movies. After humble beginnings in the horror film Silent Hill: Revelation, the actor focused his energy and the credits began racking up. In 2014, he appeared in four features, including the historical action picture Pompeii and the animated flick How to Train Your Dragon 2. Since then, he’s scored roles in Brimstone, How to Train Your Dragon: The Hidden World, and most recently, Eternals. The latter title may have helped increase his bank account the most of all the movies mentioned, as it has the largest budget (reportedly as much as $200 million), and it is expected to perform well just like other Marvel movies.

What Harington has earned for his involvement in all of the films he’s acted in isn’t clear, but it likely ranges widely. Smaller productions can’t pay as well, while for Eternals, he could be making $1 million or more for his role.

As Game of Thrones aired, millions fell in love with Harington, with many getting fully into his character and his acting ability, while others were simply swooning over his aesthetics. Those good looks, paired with his newfound celebrity, have helped him land a handful of endorsement deals with two of the biggest names in the fashion world. Coincidentally, both times he posed were for fragrances. In 2014, he starred in ads for Jimmy Choo’s Man, the company’s simply-tilted fragrance aimed at a male audience. A few years later, he was hired by Dolce & Gabbana for its The One scent. Harington may have earned paydays as high as into the six digits for these gigs.