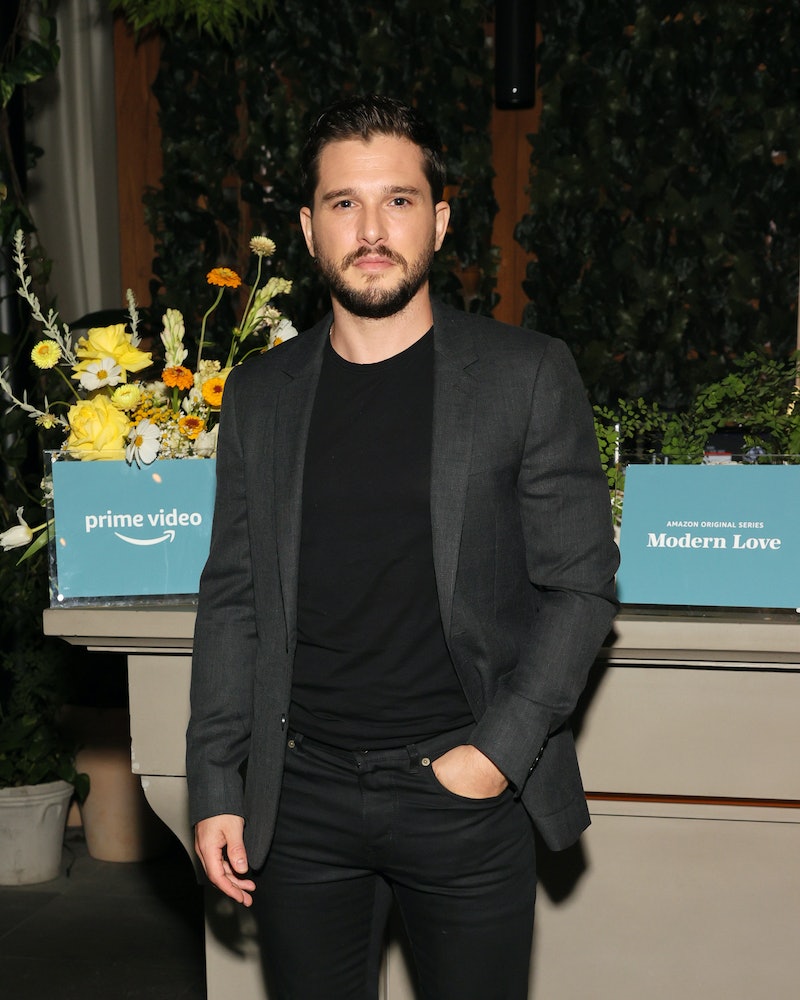 Kit Harington appears in Season 2 of Amazon’s Modern Love as a man who meets his dream girl (played by Lucy Boynton) on a train. The pair makes plans to meet up two weeks later, but then the COVID-19 pandemic hits and subsequently foils their date — which is especially unfortunate as they didn’t exchange numbers. It’s just one of eight love stories told in Season 2 of the anthology series based on personal essays published in The New York Times’ section of the same name, which also stars Minnie Driver, Tobias Menzies, and Dominique Fishback, among other high-profile actors.

Born in London’s Acton neighborhood in 1986, Harington made his acting debut with the lead role of Albert Narracott in the acclaimed 2008 West End production of War Horse. After starring in another English play called Posh, he landed his television debut as Jon Snow in HBO’s Game of Thrones, which ran for eight seasons and singlehandedly elevated his career to A-list status. Since his time on the epic fantasy series, the actor has nabbed starring roles in several films and television projects, and he’s set to star as Dane Whitman alongside Angelina Jolie and Kumail Nanjiani in Chloé Zhao’s upcoming Marvel film Eternals, set for release on Nov. 5, 2021.

If you loved him in Modern Love, check out these 11 other films and television series starring Harington.

More like this
'GoT' Star Emilia Clarke Says She "Just Can't" Watch 'House Of The Dragon'
By Brad Witter
Netflix Shut Down 'Bridgerton' S3 Rumours About A “Very Dark” Storyline
By Bustle
Bill & Frank’s 'The Last Of Us' Episode Has Twitter Emotionally Wrecked
By Alyssa Lapid
Here’s What Happens To Bill & Frank In 'The Last Of Us' Video Game
By Brad Witter
Get Even More From Bustle — Sign Up For The Newsletter
From hair trends to relationship advice, our daily newsletter has everything you need to sound like a person who’s on TikTok, even if you aren’t.