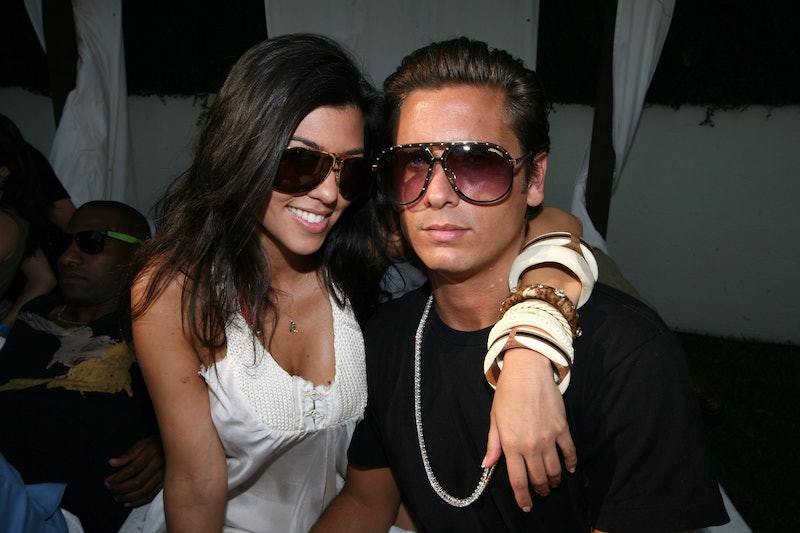 A shotgun Vegas wedding was always Kourtney Kardashian’s destiny — even before she reportedly married Travis Barker on April 4 after the 2022 Grammys. Kourtney almost married Scott Disick in Las Vegas in 2007, as seen on the very first season of Keeping Up With the Kardashians. In the fourth episode, Kourtney and Scott took a trip to Vegas with her siblings Kim, Khloe, and Rob, plus their mother Kris Jenner. One night, they randomly decided they wanted to get married the next day. “Would you hate it if I asked you to marry me right now?” Scott asked his then-girlfriend, to which she replied, “Yes, I want to.”

When they announced this news to the family over breakfast, they were stunned, though Khloé and Rob appeared nonchalant about it. “They wanna get married today? I am totally devastated,” Kris said in a confessional. But Kim was a little more understanding, considering she had her own shotgun Vegas wedding to her first husband Damon Thomas, who she was married to for three years. “I understand the whole Vegas thing ’cause I did it, but I was 19,” she told her mom. “She’s 28. When you were 28, you had four kids.”

That afternoon, the whole family made it A Little White Chapel, which Khloé remarked was the same place where Britney Spears got married to Jason Alexander in 2004. “Now we know that Kourtney and Scott are going to last forever,” she said jokingly.

READ NEXT: The Best Memes About Travis & Kourtney’s Wedding

At the venue, Kourtney rehearsed her walk down the aisle and even tried on a wedding dress, as Kris looked on with growing concern. “This feels really rushed, but I guess I’m about to get married,” Kourtney said calmly.

Eventually, Kris stepped in and told Kourtney that her and Scott were rushing it, encouraging her to wait until they can hold a proper ceremony with all of their family and friends. Kourtney agreed at the time, before becoming hesitant to marry Scott during their on-and-off relationship and finally splitting from him in July 2015.