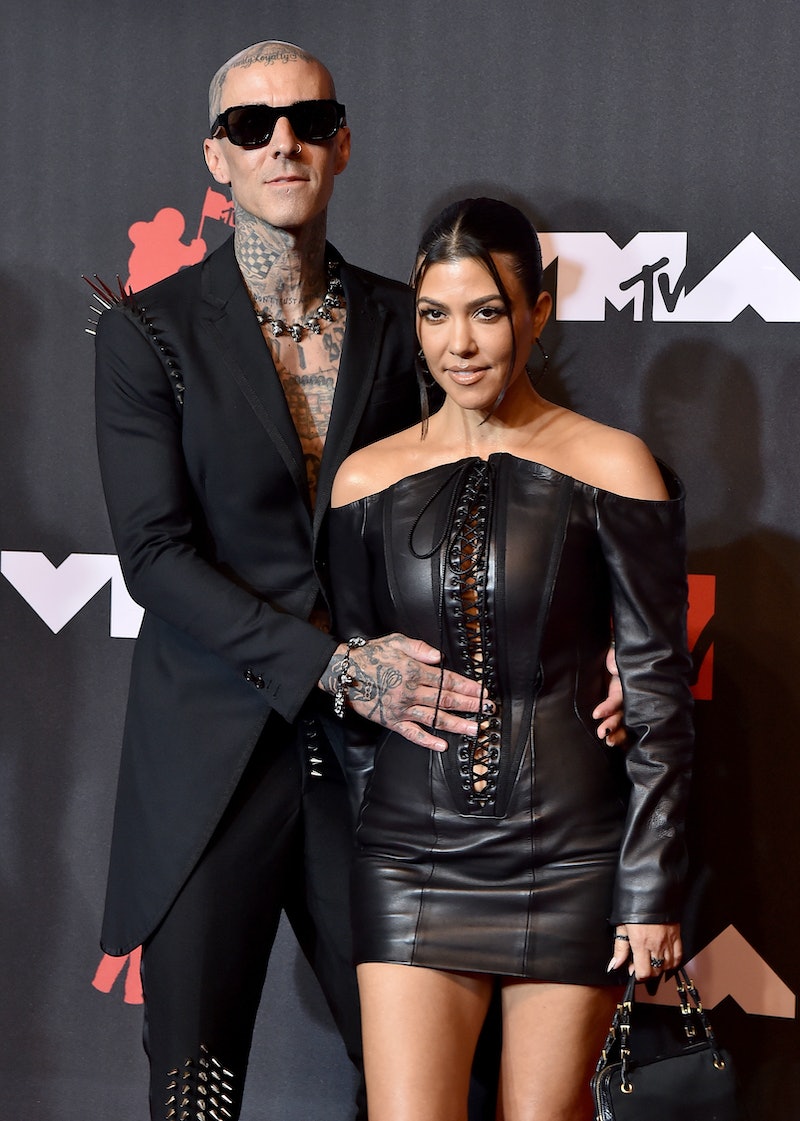 A new year, a new round of celebrity pregnancy rumors. According to Cosmopolitan, the popular gossip account Deuxmoi recently teased that an A-list celebrity couple is expecting a baby in 2022. The tipster didn’t give too much away but claimed that the expectant parents are not actors. In a world full of reality stars and TikTokers, that could be just about anyone, but thanks to Kourtney Kardashian’s avocado purse, some fans are convinced that she and fiancé Travis Barker are expecting their first child together.

In a TikTok that was reshared by the “Chicks in the Office” podcast, celebrity reporter Jordyn Woodruff went through all the evidence. First, she noted that the Poosh founder recently posted a throwback photo of her wearing a bikini on vacation. And while it’s entirely possible that Kardashian, 42, simply liked the picture and wanted to share it, Woodruff said that “in Kardashian-Jenner world, that means they’re usually pregnant.”

Of course, any reasonable Keeping Up With the Kardashians fan would agree that a throwback bikini photo is not enough to prove that the reality star is pregnant. But what some fans believe to be the smoking gun piece of evidence is the crystal avocado purse that Kardashian has been showing off on her Instagram Stories. The images of the purse were then followed up by a photo of Kourtney holding her stomach while wearing a Skims bodysuit.

Although it seems like a reach, many fans in the comments agree with Woodruff’s theory. “I mean you're probably not wrong,” Instagram user @leah_gloria89 commented. @caitliiinjones called it a “stretch” but ultimately agreed that the evidence adds up. Another fan pointed to the fact that Kardashian’s lifestyle brand Poosh liked the post, which likely means that at the very least, she is aware of the pregnancy rumors and is entertained by the theories.

It’s worth noting that this isn’t the first time that Kardashian has been the subject of pregnancy speculation in recent months. On Dec. 27, the Instagram account @kravis4ever pointed out that a pink baby bottle was present in a photo that Barker shared on Instagram. The theories about the bottle ran the gamut, with some people guessing that it was a subtle pregnancy hint and others assuming it was for Penelope Disick’s doll. Several others thought the bottle might belong to Kylie Jenner’s second baby, which as far as we know hasn’t been born yet.

A few weeks earlier, Kardashian shut down pregnancy rumors on Instagram after posting a photo of her in the pool. “Not to be that girl but... is that a preg belly,” Instagram user @belle24_97 asked in the comments. The mother of three quickly clapped back. “Are we really gonna do this every time I post a photo?” she asked. Kardashian responded to similar rumors in August. “I’m a woman with a BODY,” she wrote.