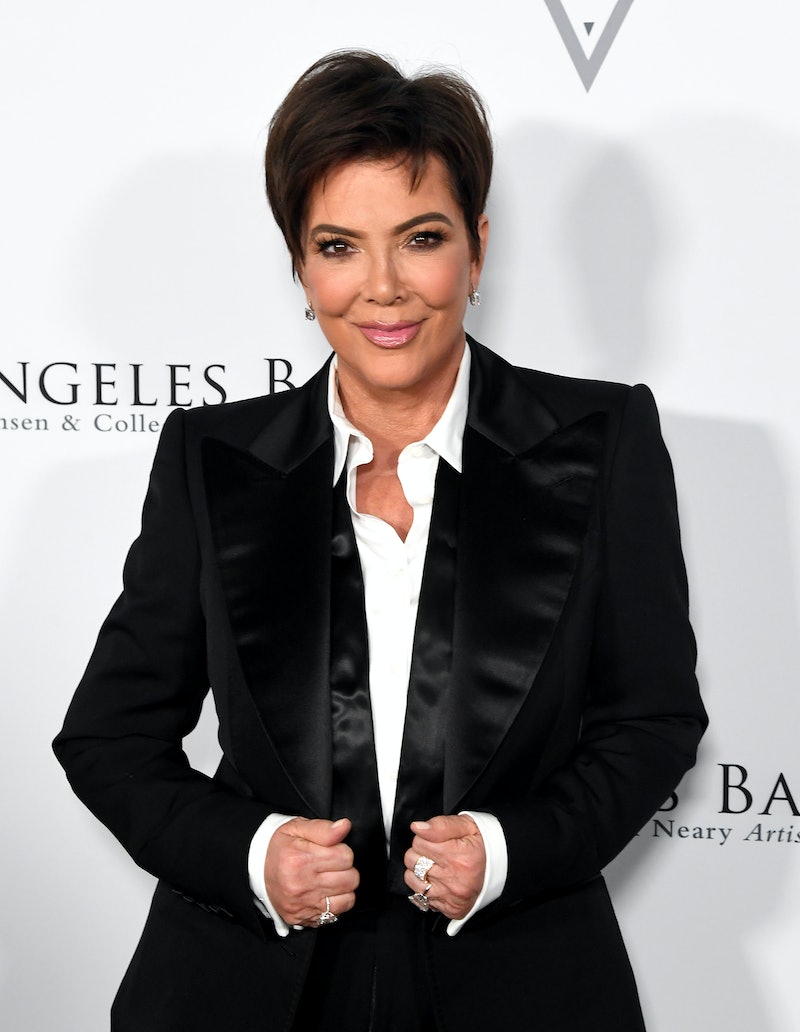 Kris Jenner has officially broken her silence on Kim Kardashian and Kanye West’s divorce. Ahead of Keeping Up With the Kardashians’ final season premiere episode on Thursday, March 18, the famous family matriarch spoke openly about the Skims founder’s split with the rapper during an episode of The Kyle & Jackie O Show. "I think it's always going to be hard any time ... you know, there's a lot of kids,” Jenner said.

Fortunately, the 40-year-old reality star has a lot of support behind her. "The good thing about our family is that we are there for each other and supportive and we love each other very, very much — so all I want is for those two kids to be happy,” Jenner continued. “And I want the kids to be happy. That's the goal.”

Of course, longtime fans of the hit reality series are desperate to know if they will see Kim and Kanye’s divorce play out on the show’s final episode. However, Jenner insisted she knew nothing on that front. “You might,” she teased. But ultimately, she doesn’t know what to expect out of Season 20 of KUWTK either. "I don't know what they have decided on in the finale because we haven't even seen the first show yet," she said. "I'm sure they're putting some final touches, but I think it's just a private time for them."

Kardashian officially filed for divorce in February, and according to a recent report, she and West are not on speaking terms. “Even before Kim filed for divorce, Kanye changed his numbers and said, ‘You can contact me through my security,’” a source told Page Six earlier this month. However, the insider added that the two are co-parenting successfully: “She trusts him around the kids. He loves them and is seeing a lot of them.”

Despite reportedly reaching an agreement that they would share joint legal and physical custody of their four kids — North, 7, Saint, 5, Chicago, 3, and Psalm, 1 — Jenner’s latest comments seem to suggest that the former couple may want to keep their divorce off the show entirely. "Kim wanted to deal with this with her own family in her own time, so I think that's going to be for her to work through and process," Jenner continued. "When she feels like it, I'm sure she'll say what she needs to say."

However, the latest trailer for the show’s final season seems to suggest otherwise. “I know she doesn't want to talk about it on camera, but I just feel like she's struggling a bit,” Jenner said in the teaser that aired after the premiere. Kourtney Kardashian echoed her mother’s sentiment, saying that Kim “can’t possibly navigate this on her own.” “I don't know how she's dealing with the stress of it all,” Jenner added.

While it remains unclear just how much airtime the divorce will get, the new teaser makes it clear that it will likely be addressed in some fashion. Not to mention, Page Six previously reported that, yes, their split will be featured on the show, despite Kanye rarely appearing on the series over the years. “The Kardashians intend to go out with a bang," a source said. "They've filmed Kim discussing her marriage problems. But everybody involved is on a nondisclosure agreement because the finale won't screen until later in 2021."