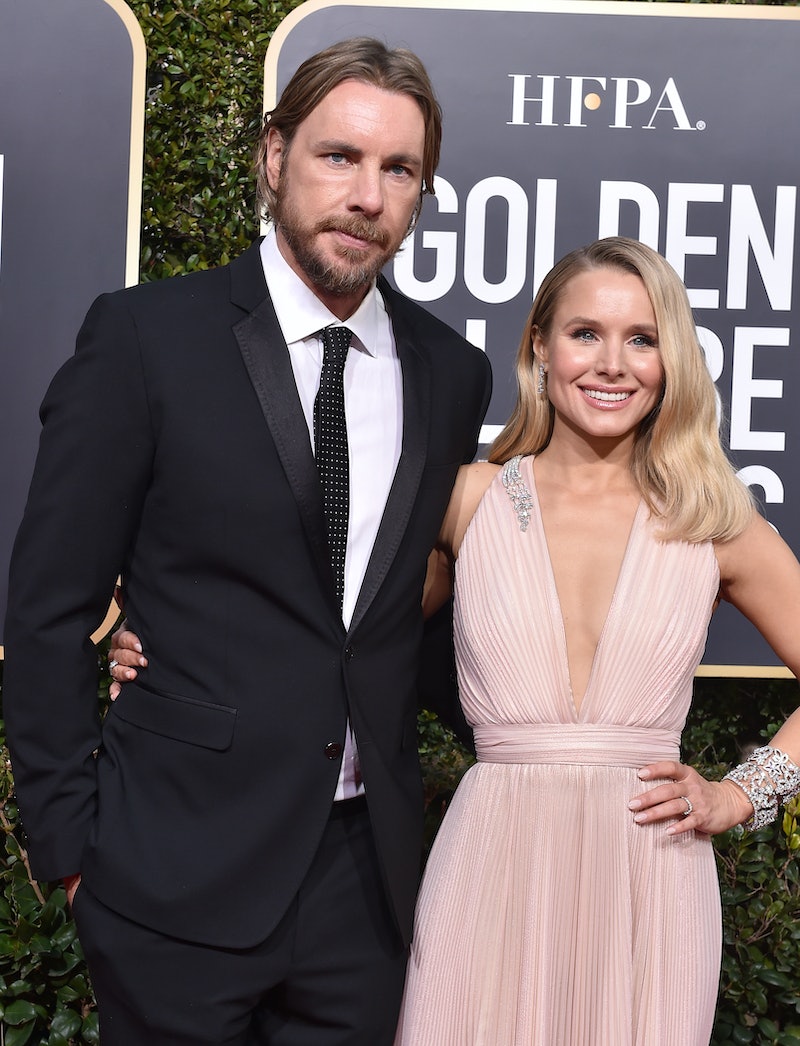 This power couple is continuing to grow together. On Saturday, Kristen Bell posted a birthday message for Dax Shepard on Instagram, praising her husband's "honesty" and "commitment to growth" in the touching tribute. Shepard, who turned 46 on Saturday, posed for a sweet selfie with Bell as well.

The Good Place star had only positive things to say about Shepard, writing in the caption that his birthday is her "favorite day of the year!" She added that it's "when I get to celebrate the birth of my very favorite human on earth, and spoil him till he rots!" Bell went on to praise her husband as "the one who's commitment to growth is astounding, who's honesty is admirable, and who makes me laugh more than anyone." She concluded, "I love u so dearly."

The supportive birthday message comes just a few months after Shepard opened up about having a drug relapse on an episode of his podcast, Armchair Expert, as People noted. During the episode, titled "Day 7," the host explained how he'd been taking painkillers after having both a motorcycle and ATV accident earlier in 2020. Shepard also admitted he'd been purchasing his own pills and lying to the people around him, which led him to realize he needed to reach out for help.

In October, Bell discussed Shepard's recovery on an episode of The Ellen DeGeneres Show, saying her husband was "actually doing really great." The Frozen actor said she's proud of Shepard for being honest and that the couple worked out a new plan to prevent future relapse. "He was like, 'I don't want to risk this family and I did, so let's put new things in place to make sure it doesn't happen again,'" Bell told the talk show host. "I will continue to stand by him because he's very, very worth it."

Bell and Shepard, who have been married since October 2013, have long been one of Hollywood's cutest couples, and their relationship timeline is full of adorable moments. From Shepard's unforgettable sloth surprise to Bell's re-proposal on Twitter, they've kept things heartwarming. This year's birthday post is just the latest addition to the list, and it certainly won't be the last.

More like this
Lea Michele Explains Why She's Never Watched 'Glee's Cory Monteith Tribute Episode
By Jake Viswanath
Kim Kardashian & Pete Davidson’s Relationship Timeline From Start To Finish
By Jordyn Tilchen and Bustle Editors
Who Is Bad Bunny Dating? Gabriela Berlingeri's Vocals Are Featured On His Song "En Casita"
By Radhika Menon
Dane Cook Is Engaged To Kelsi Taylor After Dating For 5 Years
By Danielle Jackson and Radhika Menon
Get Even More From Bustle — Sign Up For The Newsletter