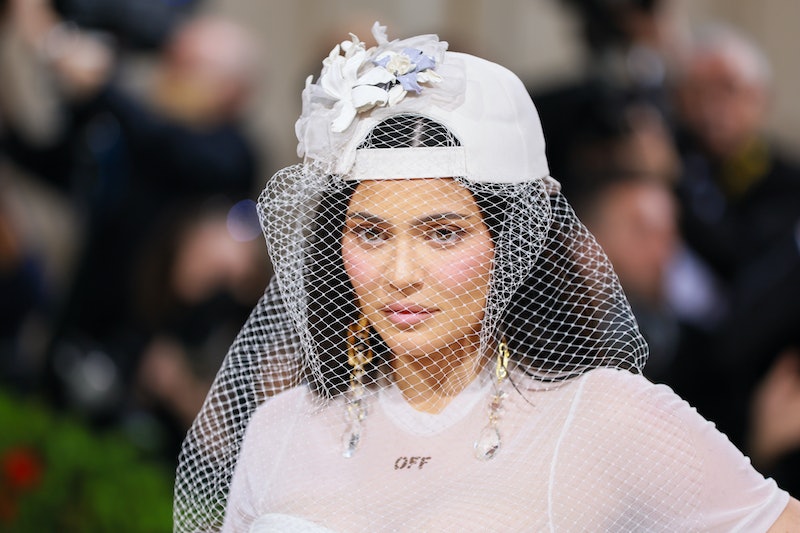 Three months after giving birth to her second child with Travis Scott, Kylie Jenner posted an unexpected mom update to social media on May 12. No, it’s not the new name of that baby (whose original name, Wolf, just “didn’t feel like” him, so they’re changing it). Rather, Jenner took to TikTok to share how she’s been feeling since giving birth. To do so, the 24-year-old reality star used a trending TikTok sound from her 2017 TV show. So meta.

“Dude, I’m getting my personality back, though,” Jenner lip-syncs in the video, which amassed nearly 2 million likes in just 14 hours. “Like, I’m feeling like myself again. I really was not myself.” The audio clip originally came from the short-lived Life of Kylie series, which starred Jenner alongside her former bestie, Jordyn Woods. Even if you didn’t tune in years ago, you probably recognize the sound from your FYP, where it’s been used in more than 35,000 videos, which tend to focus on the things that make people feel most like themselves, such as “whenever the sun is out and temp is above 60°” or having “one marg and some chips and queso.”

This isn’t the first time Jenner has opened up about changes to her mental health in motherhood. In 2019, she shared on Instagram how she’d been feeling a year after welcoming Stormi. “I’ve struggled with anxiety my whole young adult life and after my baby i dealt with all the internal ups and downs,” she wrote at the time. “I felt like i had to find myself completely again. I keep a whole lot to myself but just wanted to share and let you know I’m human. my life is not perfect and what you see here on social media is just the surface.”