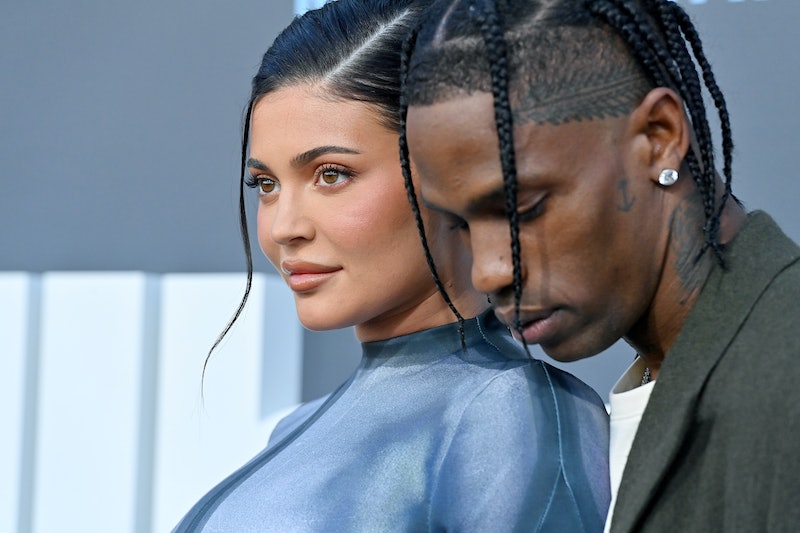 Axelle/Bauer-Griffin/FilmMagic/Getty Images
By Jake Viswanath
May 30, 2022

Kylie Jenner isn’t ready to share her son’s name just yet, but she is starting to give fans a small glimpse of the infant. On May 29, Jenner shared a rare photo of her and Travis Scott’s 4-month-old son with their 4-year-old daughter Stormi Webster on her Instagram Story. However, neither of their faces were visible in the photo, which is only taken from the legs down instead. “I made these little feet,” Jenner wrote, showing Stormi standing next to her brother, who’s in a walker.

Jenner and Scott welcomed their second child on Feb. 2, and announced his birth a few days later with an Instagram portrait of Stormi holding the newborn’s hand. Initially, the couple revealed that their son’s name was Wolf Webster, and TMZ reported that his middle name was Jacques, which is the “Sicko Mode” rapper’s birth name. However, in March, Jenner announced they were changing their baby’s name. “FYI: Our son's name isn’t Wolf anymore,” she wrote on Instagram Story. “We just really didn’t feel like it was him. Just wanted to share, because I keep seeing Wolf everywhere.”

The Kardashians star has yet to reveal her son’s name or share a photo with his face, making it clear that she intends to keep the early days of his life as private as possible. However, she does plan to share her baby’s new name when she’s ready. In April, Jenner told USA Today that she hadn’t legally changed his name yet. “We're in the process, so it just wouldn't feel right to share anything when we don't have an official name,” she explained, before admitting that Wolf didn’t feel right from the beginning. “I knew the second I signed the birth certificate that I was probably gonna change his name,” she said. “It just didn’t suit him.”

While he may not have an official name just yet, Jenner’s son is already a certified world traveler, accompanying his mom and sister to his aunt Kourtney Kardashian’s wedding to Travis Barker in Portofino, Italy, on May 21. The Kylie Cosmetics founder shared photos of her and Stormi posing alongside the Portofino coastline and nodded to her son with an adorable nickname. “Just me, storm, and coconut traveling the world together,” she captioned the post. Jenner’s sister Khloé Kardashian gushed about her nephew in the comments, writing “Coconut is too cute.” Until his name is confirmed, it’s safe to say that fans can call him Coconut for now.