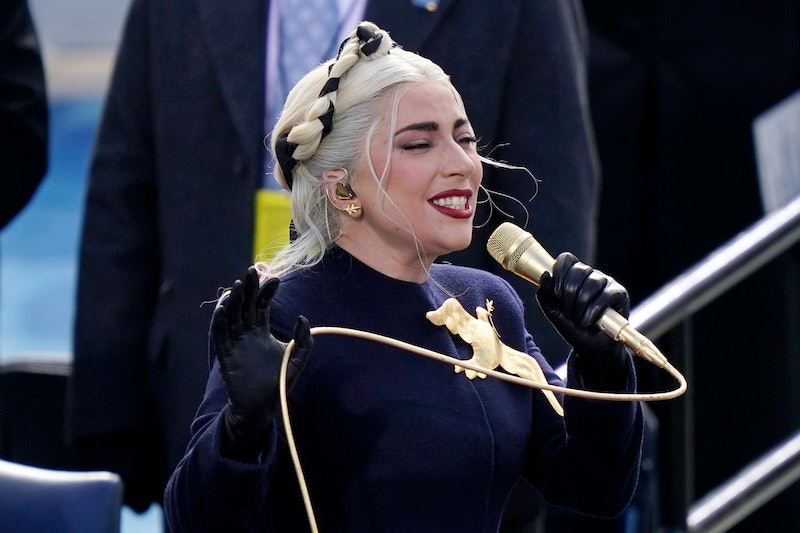 Lady Gaga's dog walker and her dogs will be OK after all. Ryan Fischer has spoken out for the first time after he was shot by two gunmen on Feb. 24 while walking Gaga's three French bulldogs. Two of them, Koji and Gustav, were stolen during the armed robbery, while Asia managed to escape and was recovered by police. Koji and Gustav were returned to a police station two days later, after Gaga publicly offered a $500,000 reward.

On March 1, Fischer shared photos of him in the hospital, captioning his Instagram posts with a lengthy statement about his perspective of the shooting. "While a car sped away and blood poured from my gun shot wound, an angel trotted over and laid next to me," he wrote, revealing it was Asia, who escaped from the gunmen. "I cradled Asia as best I could, thanked her for all the incredible adventures we’d been on together, apologized that I couldn’t defend her brothers, and then resolved that I would still try to save them… and myself."

While he didn't disclose details about his injuries or the shooting, Fischer said he was still in recovery "from a very close call with death" and promised to say more in the future before thanking fans for their well wishes and for raising awareness about the ordeal. "I am humbled and grateful that attention and focus from the police were enough to get Koji and Gustav back to safety, and I know they are committed to bringing these criminals and attempted murderers to justice," he said. "I am so appreciative of everything you continue to do."

Fischer also addressed Gaga in his statement, thanking the Grammy-winning singer for her "unwavering" support in spite of her own trauma from the ordeal. "Your babies are back and the family is whole," he wrote. "We did it! You have shown so much support throughout this whole crisis to both me and my family. But your support as a friend, despite your own traumatic loss from your kids, was unwavering. I love you and thank you."

Hours before her "babies" were found, Gaga thanked Fischer in her own Instagram post while pleading for Koji and Gustav's safe return. "I continue to love you Ryan Fischer, you risked your life to fight for our family," she wrote. "You’re forever a hero."

According to the Los Angeles Police Department, an unidentified woman found the two dogs and brought them to an LA police station, where the singer's reps confirmed they were indeed Koji and Gustav. The woman's identity and location of where she found them are being kept confidential due to the ongoing investigation, but Capt. Jonathan Tippet told the Associated Press that she appeared to be "uninvolved and unassociated" with the attackers. The LAPD also confirmed that Fischer was in stable condition and his injuries were "non-life-threatening."

More like this
What Is 'Pretty Wild' Star Tess Taylor Up To Now?
By Morgan Leigh Davies
Jeffrey Dahmer’s Arresting Officer John Balcerzak Got His Job Back After Being Fired
By Grace Wehniainen
Gabby Petito’s Family Responded To The New Lifetime Movie About Her Final Days
By Grace Wehniainen
Where Is Lionel Dahmer Today? Jeffrey Dahmer’s Father Reflected On The Serial Killer’s Death In 2020
By Brad Witter
Get Even More From Bustle — Sign Up For The Newsletter