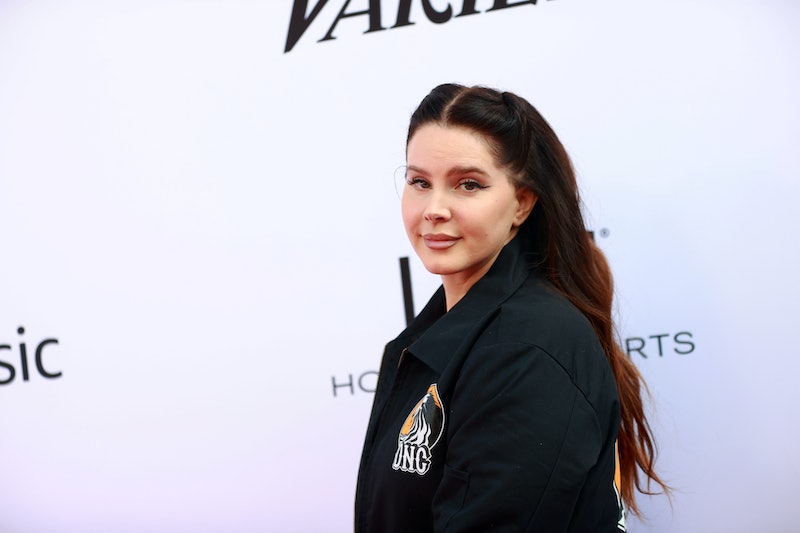 Lana Del Rey needs no introduction. Nor does she need billboards to promote new music — dedicated fans have her songs on repeat and even decode her lyrics. Yet, in a savage move, Del Rey mounted a single billboard to announce her new album, Did You Know That There’s a Tunnel Under Ocean Blvd. And it just happens to be in the hometown of ex-boyfriend Sean “Sticks” Larkin.

The pop star’s strategic choice of location in Tulsa, Oklahoma sent ripples on Twitter — especially since the pop star revealed it’s no coincidence either. In September 2021, the “Summertime Sadness” singer announced that she would be deactivating her social media. But she took to the platform again early this week to let fans in on her new billboard.

On Del Rey’s private Instagram account, the “West Coast” singer posted a photo early this week with the new billboard saying, “There’s only one and it’s in Tulsa” with a skull emoji. In the comments section, she even added, “It’s. Personal.” The posts sent fans into a tizzy calling the move aspirationally “petty” and “shady.”

It’s not the only bold move the 37-year-old recently played. She also announced her new album and dropped the title track on Dec. 7, Larkin’s birthday.

The “Young and Beautiful” singer started dating the police officer and social media influencer in 2019, but they broke up the following year, despite Larkin featuring heavily on her social media. Her album drops on March 10, so it’s likely that Del Rey’s billboard will stay up through the winter.

This isn’t Tulsa’s first connection to the singer — nor her music. The singer spent some time in Tulsa during her relationship with Larkin, running errands and going to Target. She even took some inspiration from the city in her 2021 album, Chemtrails Over The Country Club, with the song “Tulsa Jesus Freak.”

As for her new music, expect her ninth studio album to be an expert continuation of the tragic melancholia she’s known for. It will also feature several artists including Jon Batiste, Jack Antonoff’s Bleachers, Father John Misty, Judah Smith, Tommy Genesis, and SYML.

More like this
The Jonas Brothers' New Album Has A Very Meta Name
By Alyssa Lapid
Will Beyoncé Perform At Or Attend The 2023 Grammys?
By Jake Viswanath
Taylor Swift May Miss The 2023 Grammys For Reasons Fans Know “All Too Well”
By Jake Viswanath
Taylor Lautner Thought Taylor Swift's 2009 VMAs Interruption Was A "Skit"
By Alyssa Lapid
Get Even More From Bustle — Sign Up For The Newsletter
From hair trends to relationship advice, our daily newsletter has everything you need to sound like a person who’s on TikTok, even if you aren’t.