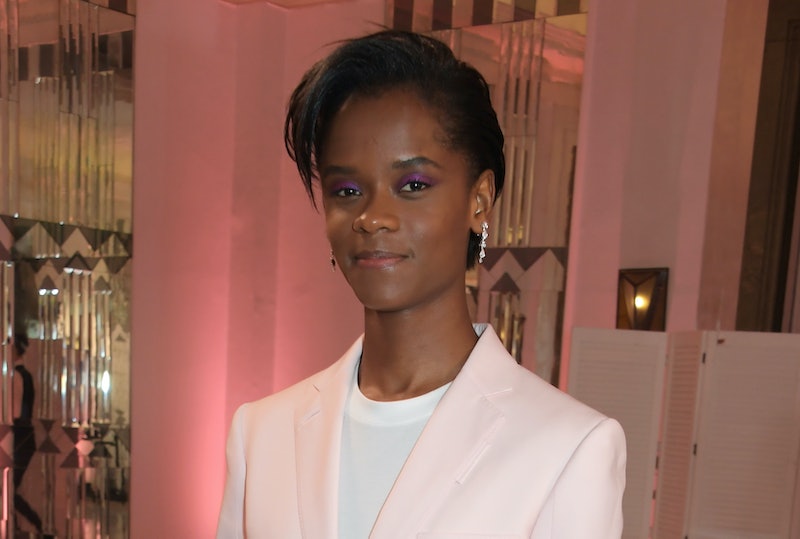 Over the past few hours, actor Letitia Wright has faced criticism from fans and colleagues for sharing a video that questioned the COVID-19 vaccine.

The Black Panther star posted an hour-long video to her Twitter page that queried the safety and effectiveness of the vaccine. The Youtube discussion was hosted by a man who is described as a "recognised Prophet, Speaker, Author." He mainly shared his personal views on vaccines during the video, but also looked into claims about the COVID-19 jab that have been emerging online.

Concerned fans quickly responded to Wright's tweet, with many asking her to remove the video.

Wright initially defended her tweet and said it was "valid" to ask questions about the vaccine. "If you don’t conform to popular opinions. but ask questions and think for yourself....you get cancelled," she wrote.

The 27-year-old has since deleted the video, however, and further explained her reasons for posting it to her page. Earlier today (Dec. 4), she tweeted: "My intention was not to hurt anyone, my ONLY intention of posting the video was it raised my concerns with what the vaccine contains and what we are putting in our bodies. Nothing else."

Wright, who recently starred in the acclaimed Small Axe's series, is now trending on Twitter. The controversial tweet has sparked a discussion about responsible posting during the pandemic.

One person tweeted to Wright: "You have power, You have influence. RT'ing a video is a form of endorsement whether you like it or not."

Don Cheadle, who stars alongside Wright in the Avengers: End Game movie, also weighed in. The Marvel actor tweeted that the video was "hot garbage" and added that he "never defend anybody posting this."

He went on to say: "But I still won't throw her away over it. The rest I'll take off Twitter."

Since the announcement that the coronavirus vaccine would potentially be ready for roll out before 2021, misinformation has been ramped up online. Some people have been concerned that the vaccine will make them unwell, but, as Dr. Seema Sarin M.D, director of lifestyle medicine at EHE Health, told Bustle last week “A vaccine is designed to improve your body’s ability to fight a specific disease. Part of the research process involves testing vaccines to ensure that they do not have unintended side effects, such as causing other diseases or putting you at higher risk for developing a different illness.”

The fast turnaround of the vaccine has also been a cause for concern. Dr. Sarin also addressed this, explaining that this is a unique circumstance with collaboration taking place between research teams, governments, and private companies all over the world. "That has sped up a normally slower timeline for vaccine development," she said.

Dr. Sarin went on: "Additionally, many of top candidates that have emerged for a COVID-19 vaccine were not developed entirely from scratch. Some of the vaccine candidates were already in development after research on similar diseases (SARS and MERS) provided information on what might work best to fight COVID-19. Pfizer and Moderna are both using a technique involving mRNA drawn from cancer research, while another candidate, AstraZeneca, is using a genetically altered cold virus.

Dr. Sarin and other medical professionals have debunked other myths about the coronavirus vaccine here.

More like this
A New Portrait Shows King Charles With William & Kate Before The Queen’s Funeral
By Stephanie Topacio Long
Alan Rickman's Diary Reveals Why He Considered Leaving 'Harry Potter'
By Darshita Goyal
Holly Willoughby & Phillip Schofield #Queuegate Drama, Explained
By Sophie McEvoy
Meghan Markle Delivers Empowering Message About Being Yourself
By Sophie McEvoy
Get The Very Best Of Bustle/UK