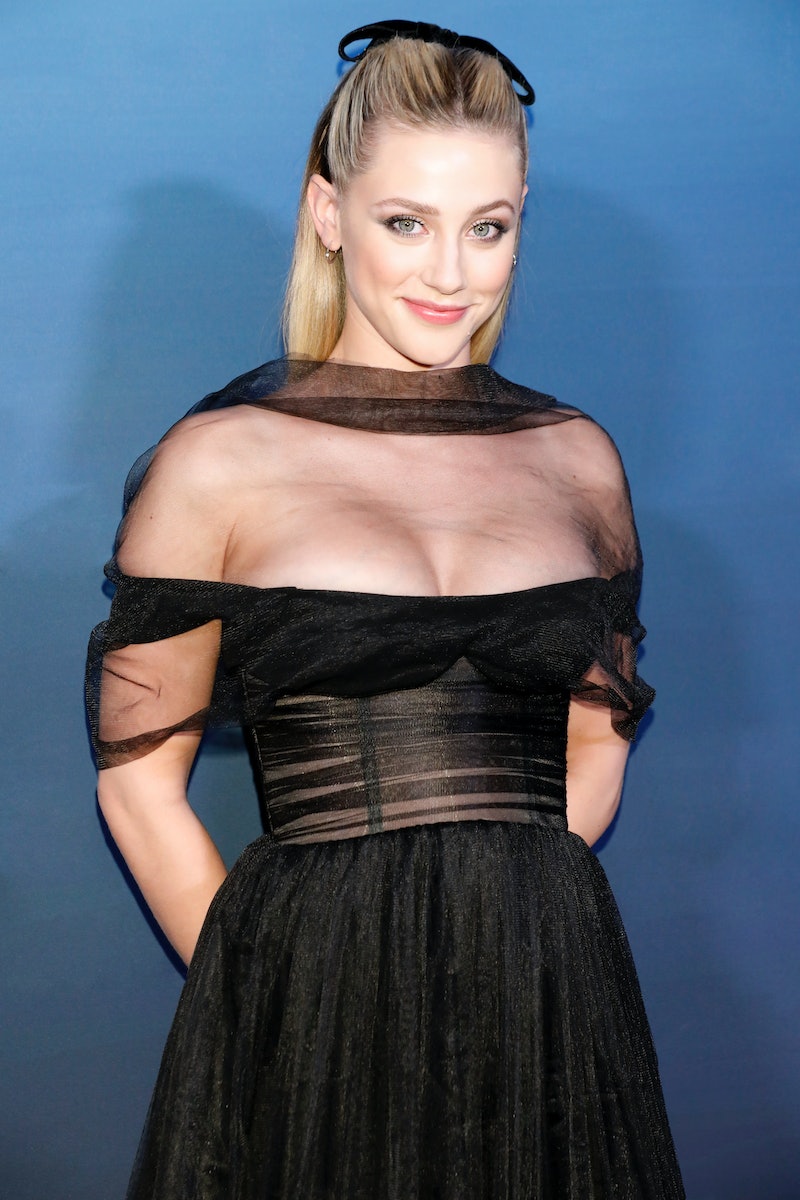 While Lili Reinhart was open about her sexuality in her private life, the actor had some worries about how the media would view her coming out announcement over the summer. Since quietly coming out in June, the Riverdale star hasn't spoken much about her sexuality. Now a few months later, Lili Reinhart is opening up about her decision to publicly come out as bisexual in a new interview, admitting that she was worried that people would think she was "faking" it due to her public romances with men.

"I knew full well that I was attracted to women from a young age," Reinhart told Flaunt magazine, adding that she has been a supporter of the LGBTQ+ movement long before she publicly came out. Still, she hesitated to make any public statements about her sexuality. "I felt that since I’ve exclusively been in heteronormative relationships, it would be too easy for any outsider, especially the media, to vilify me and accuse me of faking it to get attention. That’s not something I wanted to deal with," she explained. "But to my close friends, and those in my life, my bisexuality has been no secret."

However, after getting involved with the Black Lives Matter movement and protesting alongside other members of the LGBTQ+ community, Reinhart was inspired to come out and live her truth. "It was incredible to be surrounded by so many people who are actively fighting against the injustices that are happening right now," she recalled. "Enough is enough and hopefully we’ll see real change from the actions that are now being taken."

One June 3, Reinhart publicly came out in an Instagram Story promoting an LGBTQ+ BLM protest in the West Hollywood neighborhood of Los Angeles. "Although I've never announced it publicly before, I am a proud bisexual woman," the Riverdale star wrote at the time, alongside a photo of a flier for the event. "And I will be joining this protest today. Come join."

Reinhart's hesitation to publicly talk about her sexuality makes sense, as the actor has been open about her desire to keep her private life out of the spotlight as much as possible. "Every time someone asks me about [my love life], I make a decision then and there about whether I’m comfortable," she told Seventeen back in 2017. "It’s not like I’m in some kind of contract, but I’m not in the place where I want to talk about it, and that’s totally fine. It’s called a private life for a reason — it’s mine, and it’s special and sacred. My relationships are between me and whomever I’m with, not between me and the world."

Though she rarely talked about it in the press, Reinhart was in a public relationship with her Riverdale costar Cols Sprouse for about three years. (They reportedly split for the second time in May 2020, just one month before she came out.) "We’re acknowledging that we’re in a relationship, but it’s a small part of who we are as people. We want our own separate identities," she told W Magazine about dating Sprouse in July 2019.

In the same interview, Reinhart acknowledged that all of the attention on her personal life makes her uncomfortable. "It’s not like I’m used to this life," she confessed. "I don’t handle [the scrutiny] super well. I am a very paranoid person now because of it. I watch people watching me. ... I’m just trying to prepare myself. It can be startling when they come up to you when you’re not expecting it."