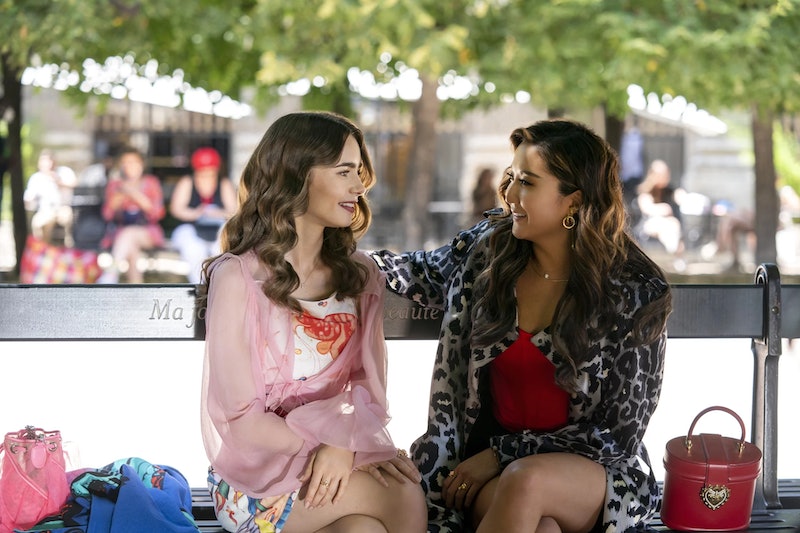 You know what’s better than behind the scenes content? Emily In Paris BTS content, of course. And the show’s lead Lily Collins has gifted fans with a glimpse into life on set to celebrate the release of the latest season of the hit Netflix rom com series. Released on Dec. 21, Season 3 finds Emily “at a crucial crossroads,” just as we left her in the finale of Season 2. “Emily will have to decide exactly where her loyalties lie — at work and in her romantic life — and what those decisions mean for her future in France,” Netflix teased.

In the video Collins shared to Instagram, we can see a collection of clips that start with Collins and co-star/IRL bestie Ashley Park (who plays Mindy) waving to the camera with a “Bonjour!” before we see glimpses of Emily’s wardrobe, a stunt rehearsal, and Collins attempting to ride a segway. We also see Collins and Park on a funfair ride whilst screaming and saying, “Are the rules different in France?” and another clip of the duo going down a long slide with a crew member.

In one of the funniest clips from the video, Collins is seen opening balcony doors that appear to be overlooking a Parisian street, saying “Don’t you just love the sights and smells and sounds of the city?” and the camera then pans onto the street, to show it’s actually a built-in set piece.

In the caption, the actor wrote: “In case you were wondering how much fun we had on set. Cherishing these memories a little extra today. My heart is so full and beyond grateful for the @emilyinparis cast, crew, and fans for making this all possible. Season 3 is OFFICIALLY OUT on @netflix!!”

More like this
Everything To Know About The 'Daisy Jones & The Six' TV Series
By Maxine Harrison and Brad Witter
Twitter Is Burning As Phoebe Dynevor Reveals Daphne’s 'Bridgerton' Exit
By Sophie McEvoy
Turns Out George Clooney Is A Huge Fan Of This Classic British Game Show
By El Hunt
'Magpie Murders' S2 Will Include A *Major* Shake-Up
By Sophie McEvoy
Get The Very Best Of Bustle/UK
Sign up for Bustle UK's twice-weekly newsletter, featuring the latest must-watch TV, moving personal stories, and expert advice on the hottest viral buys.