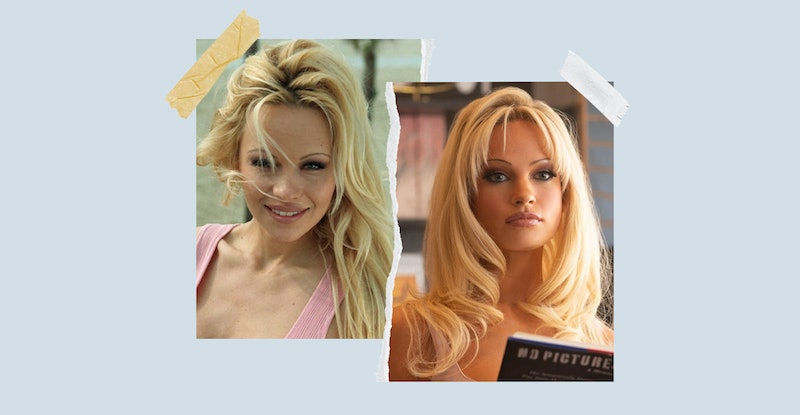 The tumultuous romance of Baywatch actress Pamela Anderson and Mötley Crüe drummer Tommy Lee is at the centre of Hulu drama Pam & Tommy. Starring Lily James and Sebastian Stan as the ‘90s power couple, the series explores the pair’s whirlwind relationship and the unauthorized release of their infamous sex tape, which was privately filmed during their honeymoon.

Although Lee has taken no issue with the onscreen depiction of his life, Anderson is reportedly much less enthused. “The upcoming Pam & Tommy Hulu series has been very painful for Pamela Anderson and for anyone that loves her," a source told Entertainment Tonight. “It is shocking that this series is allowed to happen without her approval.”

In spite of Anderson’s reported reservations, the series generated a significant amount of buzz ahead of its debut. One of the most striking elements of the drama is James’ uncanny resemblance to the Baywatch icon. Fans got their first glimpse of James in the role of Anderson back in May 2021, which subsequently broke the internet.

A few months later, the first official Pam & Tommy trailer offered yet another sneak peak of the frankly astounding likeness between The Dig actor and Anderson, which is displayed below in these photo comparisons.

The iconic red swimsuit was regularly donned by Anderson during her slow-motion runs down the beach in Baywatch, in which she starred between 1992 and 1997. The one-piece later became synonymous with both Anderson and the U.S. drama, and it’s hard to tell the difference between the original and James’ Pam & Tommy recreation.

Based on the Dark Horse comic book series of the same name, the 1996 superhero flick Barb Wire saw Anderson take on the role of Barbara "Barb Wire" Kopetski. Set in dystopian 2017, the box office flop follows the story of bar owner Barb as she attempts to flee to Canada in the wake of the Second American Civil War. For many, the film’s only redeeming quality was the outlandish outfits sported by Anderson throughout, one of which is brilliantly recreated by James in Hulu’s biographical drama.

Anderson’s 1994 CCAM Awards red carpet look — which is also expertly recreated in the Hulu drama — is the epitome of what is being dubbed “Pamcore” by Gen Z, who are very much the driving force behind the Baywatch star’s resurgence as an unlikely fashion icon, per The Guardian.

Pam & Tommy’s costume designer, Kameron Lennox, describes Anderson’s style as a “mix of Bridget Bardot and Barbarella, with a rock and roll undertone.” Lennox surmised: “So much of what Pam wore has come back around. What Pam was creating was her version of a ‘90s pinup.”

In an interview with Harper’s Bazaar, Pam & Tommy’s makeup department head, David Williams, shed light on how he managed to recreate Anderson’s thin, arched to perfection, eyebrows and her classic “bombshell Baywatch waves.”

“So much of Pam’s look is timeless, but also very, very ’90s in other ways,” Williams explained. “Her haircut was always super layered and textured throughout, and using all the tools in our respective departments, we were really able to take it to that classic ‘90s look.”

To perfect the “Pamcore” look, James was required to sport a total of four wigs, all of which were expertly coloured with the very best haircare products. As for the eyebrows, a prosthetic forehead was used on James to “widen the distance between James’ brows and hairline.”

Pam & Tommy is available to watch now on Disney+ with new episodes weekly.