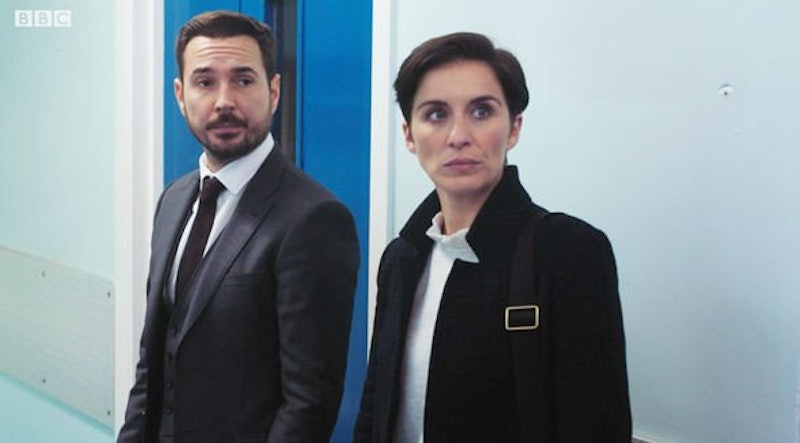 It’s safe to say that the Line of Duty fandom has always been split between those who play detective and speculate over the corrupt H’s true identity, and those who simply get enjoyment out of seeing what Steve Arnott (Martin Compston) and Kate Fleming (Vicky McClure) get up to. As this clip of Steve and Kate calling each other “mate” for nearly a full minute sufficiently illustrates, the two main characters have always been portrayed as firm friends — though this hasn’t stopped fans from hoping they may one day get together.

Flemnott shippers were given a teasing glimpse at what could have been, as Line Of Duty writer Jed Mercurio has opened up about the storylines that ended up being scrapped, including a romance between Kate and Steve. In an interview with Radio Times, Mercurio was clear in stating that viewers do “initially get a sense there’s going to be a thing between Steve and Kate.”

However, after discussing the possibility of a romantic storyline, the producers decided to “just make them colleagues.” The two protagonists realise they would be teamed up as partners in AC-12, which means an entanglement is “off the table and never really addressed again.”

Fans were convinced that one of the final scenes of Season 6 was laying the groundwork for a Flemnott romance. Kate made it clear how much she cherished Steve when she remarked to a counsellor “I don’t know what I would do without him.” It remains to be seen whether or not sparks will actually fly if the show returns once more.

The police crime drama celebrated its tenth birthday on Jun. 26, charting a decade of immense popularity and widespread public acclaim. The British public’s love for the show eventually culminated in its win of the Special Recognition at the 2021 National Television Awards.