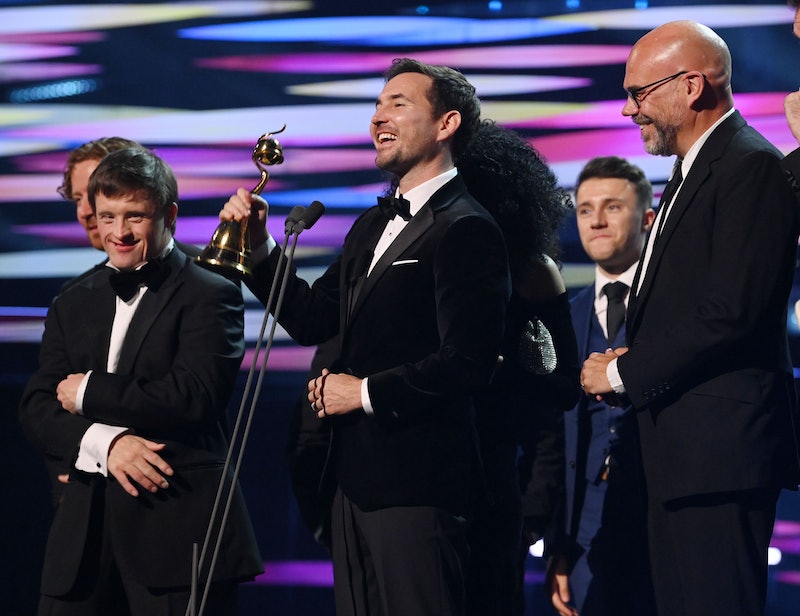 It may have arrived eight months later than planned (thank you COVID-19), but the National Television Awards came back in full force last night. Dubbed as “television’s biggest night of the year,” the awards ceremony brought together the best of British TV. And considering its legion of fans and its viewership in the millions, it was no surprise that BBC drama Line of Duty walked away with two wins from the night.

Going into the evening with the most nominations alongside Coronation Street, the popular police show came away with wins in key categories, including Returning Drama and Special Recognition.

In an acceptance speech, Martin Compston, who plays the role of Steve Arnott, dedicated the award to the shows fans and said their “enthusiasm and dedication never ceases to amaze” him.

In the winners’ room, Compston said: “I think we must be the most nominated show who’s lost it so it felt great. We started as this wee show on a Wednesday night on BBC Two, and to see how it’s grown – and it’s all because of the fans.”

Speaking about creator and writer of the show Jed Mercurio’s writing, Compston added: “I think that’s the strongest he’s ever written, so it makes you go, ‘Will we ever go again’, which we know we won’t but it gets you hoping because he was writing better than ever.”

The sixth season of Line Of Duty aired earlier this year, and ever since fans have been hoping the long-running drama will return for another. Especially after that ending that had everyone talking.

Other big wins of the night included presenters Ant & Dec, who made NTAs history by winning the Best Presenter award for the 20th time in a row (a decision that garnered mixed reactions). Corrie’s Jude Riordan also made a new record by becoming the youngest NTAs winner ever at just 10 years old after winning the Best Newcomer Award.

The night would have also been amiss without a classic Ricky Gervais awards ceremony moment. “I do [this] for the money… you’re the second reason,” he told the audience, after winning Best Comedy for his Netflix series After Life.

If you missed the 26th NTAs last night, you can still catch up on ITV Hub.