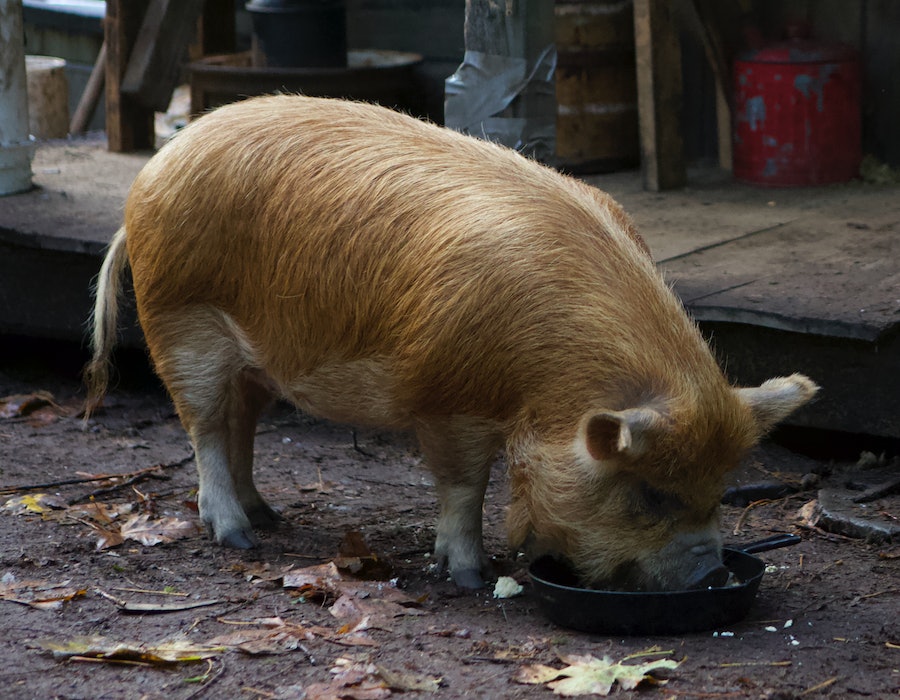 Every year the Academy of Motion Picture Arts and Sciences recognizes contributions from the finest human actors Hollywood has to offer — but what about their animal counterparts? The Cannes Film Festival rectified this imbalance in 2001, when it introduced its Palm Dog Award, an accolade bestowed upon the best canine performance screened at the festival. Now Bustle is proud to take the natural next step, in giving an award for the industry’s best animal performer, period.

First, a few ground rules: Animated and CGI-rendered animals, sadly, are ineligible (sorry, Monchi in The Mitchells vs. the Machines), and groups of animals may compete as an ensemble. Naturally, the animal’s importance to the film’s story was considered, as was the animal’s emotional arc. But above all, the criteria were the familiar, esoteric fare: Was the performance believable? Did it have soul? Did it take audiences on a journey? Here, a list of award-worthy animal actors, plus the one who took home the trophy.

The half-lamb, half-human hybrid in Lamb was made without CGI — perhaps the most impressive visual effects trick of the year, and easily the most lovable. Noomi Rapace’s character, María, no doubt agrees.

The royal family isn’t complete without Queen Elizabeth’s pack of corgis, who make an appropriately regal entrance in Spencer.

Viewers encountered a less friendly set of dogs in Cruella this year, which featured (unfairly, according to some) a host of Dalmatians as Ms. De Ville’s collective antagonists.

This sleek black cat, a callback to the first Matrix film, is a sign that something’s amiss in the world of the Matrix — a covert warning in an adorable package.

There could be only one rightful winner in this category: Pig’s beautiful truffle pig, to whom Nicolas Cage’s Robin Feld is so devoted. Robin lives in seclusion in the woods outside of Portland, Oregon, with only his sow for company — played by Brandy, a purebred Kunekune truffle pig who’s known only as “Pig” in the film — which would be depressing if Pig weren’t such a sensitive companion. On top of being a champion truffle forager, she seems able to anticipate Robin’s moods and feelings, gazing up at him with startlingly intelligent eyes.

She’s a regal creature and carries herself like one: Despite her profession, her burnished brown fur never looks dirty, and she trots delicately with uncommon self-possession and grace. “She is just a diva,” her caregiver, Mariah Flood, told Variety. “She knew it from the day she was born. Some pigs kind of like, waddle over. She’s very just prim and proper and trots nicely. She does that all the time.” All this, and without any training. As director Michael Sarnoski told the outlet, “We just found one on a farm, and said, ‘You are adorable and have a great personality, would you like to be in our movie,’ and she said ‘oink.’” A meet-cute for the ages.

Despite her star power, though, this majestic creature isn’t in Pig for very long: Pig is so good at finding truffles that she’s soon kidnapped by rival restaurateurs, forcing Robin to venture out of his seclusive abode and into the city to rescue her. And who wouldn’t? As the audience learns later in the film, Robin’s move to the woods was prompted by the death of his wife, for whom Pig has become a stand-in. That might seem unhealthy, and over the course of the film, Robin learns to connect to other people again. But the film never dismisses his relationship with his beloved Pig, whom Brandy imbues with such soul and personality. Without her performance, Robin would just seem pathetic. Instead, Brandy makes living alone in the woods with only a pig as a companion seem downright enviable.