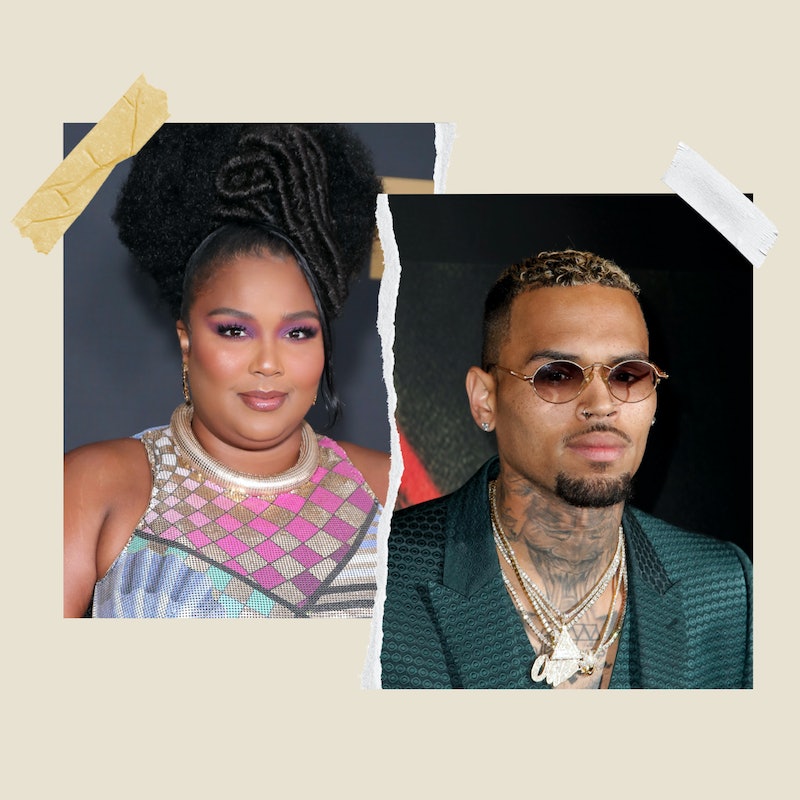 Lizzo just paid Chris Brown the ultimate compliment and fans on Twitter are not happy about it. In a video that made the rounds on the internet over the weekend, the “Truth Hurts” rapper approaches the “Look At Me Now” crooner backstage at a concert to ask for a photo, making it clear that she has admired him and his work for many years. “Can I get a picture with you? You’re my favorite person in the whole f*cking world!” she tells Brown in the clip.

Brown’s career seemed promising at the start, but over the years his reputation has been tarnished by assault and battery charges, particularly from women who have filed police reports against him. The rapper was also arrested on suspicion of assault with a deadly weapon in 2016 and has had several restraining orders filed against him by his ex-girlfriends, including Karrueche Tran and Rihanna. In 2019, he was arrested in Paris on rape and drug charges.

Given Brown’s criminal history, Lizzo’s followers immediately responded to the video to remind her that his past is not so squeaky clean. “He’s her favorite person, huh?” Twitter user @dopegirlfresh wrote in response to the 25-second-long clip. Another fan referenced the Tyra Banks meme from America’s Next Top Model, writing, “I was rooting for you! We were all rooting for you!” Several others echoed those sentiments, making it clear that they couldn’t defend the “Juice” singer’s poor judgment of character.

Although most of the replies called Lizzo out, a few of her fans came to her defense. “Why are y’all mad at Lizzo when Rihanna has dropped a whole collab with Chris Brown since the incident?” Twitter user @dilonxt asked. Another fan took the opportunity to remind those upset by the video that many of their other favorite artists probably support Brown, too. “Y’all are acting so fake shocked in these quotes like your fav doesn’t like Chris,” @khilanii wrote.

This isn’t the first time that the “Rumors” singer has fired up people online. Last month, she angered Madonna fans by dubbing Janet Jackson the “Queen of Pop.” In 2019, she caused a stir when she wore a butt-bearing outfit to the Lakers game. That same year, she was accused of not properly crediting songwriters on “Truth Hurts.” In other words, Lizzo is no stranger to controversy, and the video of her calling Chris Brown her “favorite” is just the latest example.

More like this
'Knock At The Cabin' May Start Streaming Sooner Than You’d Think
By Jake Viswanath
Twitter Is Having A Meltdown Over Buying Beyoncé Renaissance Tour Tickets
By Jake Viswanath
Beyoncé Just Announced Tour Dates: Here's How To Cuff Tickets To Her 2023 Shows
By Jake Viswanath
Reese Witherspoon Confirms This Fan Favorite Will Return For 'Legally Blonde 3'
By Jake Viswanath
Get Even More From Bustle — Sign Up For The Newsletter
From hair trends to relationship advice, our daily newsletter has everything you need to sound like a person who’s on TikTok, even if you aren’t.