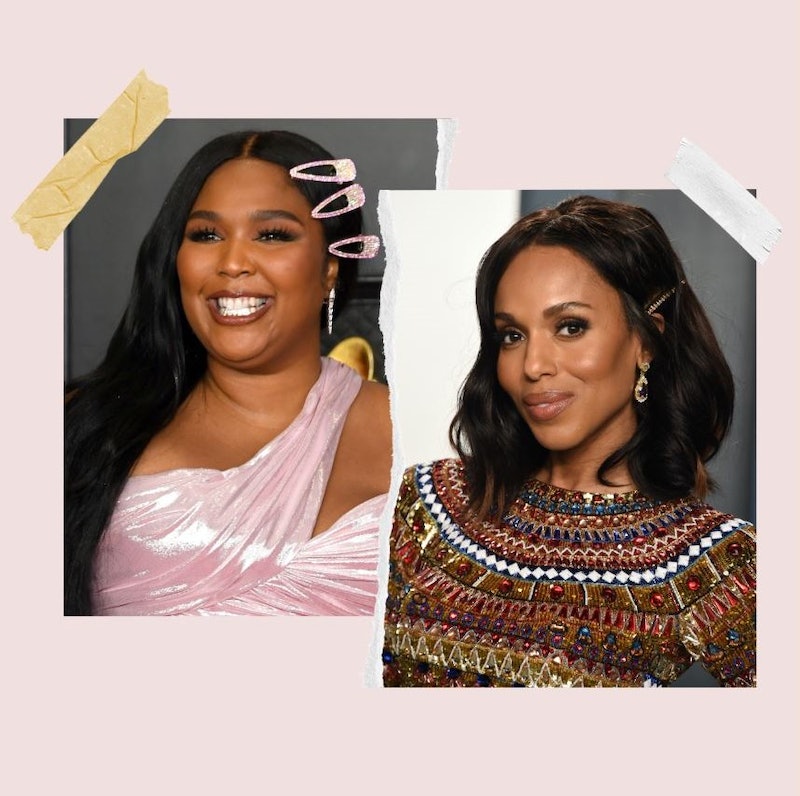 The world is going to get the Bodyguard remake it may or may not need, and the official confirmation on Sept. 15 inspired fans to put forth some brilliant casting ideas. Among them was the pairing of Lizzo and her longtime crush Chris Evans, much to the delight of the “Rumors” singer herself. And she’s not alone in her enthusiasm — Emmy-winning actor Kerry Washington tweeted her support not once but twice on Sept. 17.

Washington gave Lizzo her endorsement after she saw an Entertainment Weekly tweet about the Grammy winner’s willingness to team up with Evans to take on the iconic roles originally filled by Whitney Houston and Kevin Costner in the 1992 romantic thriller. Quote-tweeting EW, the Little Fires Everywhere star wrote, “Nobody asked, but I support this message.” Later, seeing that Scandal fans were getting behind the idea of her and her former co-star Tony Goldwyn starring instead, Washington replied to one to let them know that didn’t sway her. “My vote is still @lizzo and @ChrisEvans,” she tweeted.

It didn’t take long for Lizzo to enter the chat. She shared Washington’s second tweet and showed how happy it made her, writing, “IM SCREAMING SCRAMING SCRUMINGGGGGGG,” alongside a whopping 15 grinning-squinting-face emojis.

Hilariously, Lizzo at first looked extremely skeptical about the idea of remaking The Bodyguard in her TikTok reaction. It is, after all, a fan favorite film that was a box office giant if not a universal critical darling. Of course, her response changed once the idea of her starring in it with Evans came into play.

The singer’s infatuation with Evans has become a long-running joke. As far back as 2019, she proposed to him in a tweet, writing, “Wow marry me,” after he replied to a video she had posted of a little girl dancing to “Juice.” Two years later, in April, she shared a TikTok showing how she’d sent him a drunken Instagram DM, captioning it, “Don’t drink and DM…. for legal propoises this is a joke.” That was the start of messages back and forth between them, and perhaps what encouraged her to take the gag even further in the months following.

In a July 28 TikTok video, Lizzo had more fun with it, “airing out all the rumors” about her and the Captain America: The First Avenger star. She indicated she was pregnant and told her followers that she was going to “have a little America.” Evans was apparently unfazed. In a follow-up TikTok, Lizzo showed his reaction from their Instagram DMs, where he joked about how happy his mother would be about their “little bundle of joy” and asked her to promise there would be “no gender reveal parties.”

After her pregnancy “reveal,” Lizzo told Canada’s Etalk that she hadn’t ever meant to take the joke so far and that Evans “probably thinks [she’s] so annoying.” What she hopes, though, is that “it makes him laugh somewhere.” At the very least, Lizzo’s fans, including Washington, are amused — and they’re hoping to finally see Evans as her leading man soon.

More like this
Kimberly J. Brown & Daniel Kountz Looked Back On Their ‘Halloweentown’ Romance
By Stephanie Topacio Long
All The Sneaky Lindsay Lohan Movie Easter Eggs In Her New Ad, Explained
By Stephanie Topacio Long
Anne Hathaway’s ‘The Devil Wears Prada’ Anniversary Post Turned Political
By Brad Witter
Chris Hemsworth Joked That Baring His Butt In ‘Thor: Love And Thunder’ Was A “Dream”
By Brad Witter
Get Even More From Bustle — Sign Up For The Newsletter