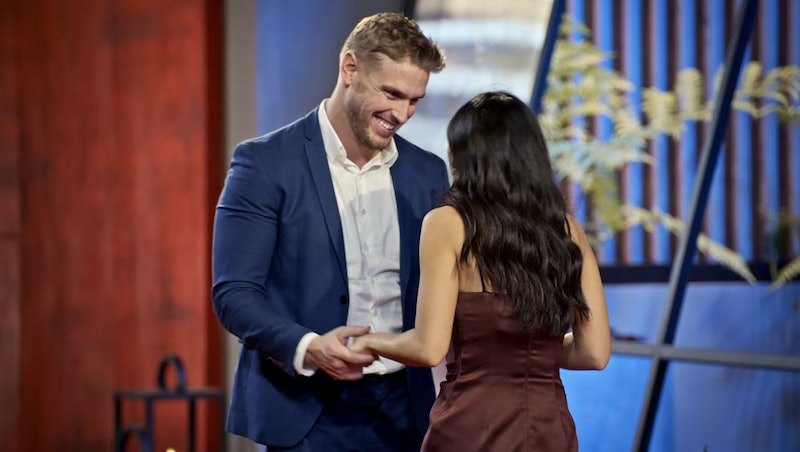 Netflix’s reality dating show with a twist Love is Blind is known for its high-grade drama. Although, for season two contestant Shayne Jansen, the drama has continued on well beyond the show itself.

Fans will be familiar with Jansen, who featured heavily in the second season of Love is Blind due to his much-covered relationship with co-star Natalie Lee.

Per the Independent, Jensen was accused by some viewers of using drugs throughout season two. However, during an appearance on The Viall Files podcast on Wednesday, March 30, the Love is Blind star addressed and denied the allegations of drug use, claiming that it is “wild” for viewers to have accused him of that.

“People thought I was doing cocaine ... I’m mic’d up the whole time. Everyone would have heard me do it,” he explained to show host Nick Viall. “Have I [used drugs]? Yes. On the show I did not.”

Admitting that he has had experience with substances in the past, Jansen clarified, “Nothing that’s been injected into my body, but I think we’ve all had our times in our lives where we’ve done certain things.”

As for his behaviour on the reality dating show — which sparked the initial viewer accusations — Jansen disclosed that he lives with “severe ADHD” and experienced anxiety while filming in what he described as an “uncomfortable” environment.

“My wedding day where I looked like I was coked out of my mind, I didn’t sleep for two days straight because I had no idea what she was going to say at the altar, no idea,” he explained. “My mom was in town, my whole family was in town. I was so embarrassed, my anxiety was going crazy.”

During his The Viall Files interview, Jansen also confirmed that his relationship with Lee is officially “over.” Per Yahoo, he continued, “for the first time, I can confidently say that. If you asked me that a week ago, I wouldn’t be able to answer that question for you.”

More like this
David Schwimmer & Gemma Collins Join 'Celeb Bake Off' & Twitter Can't Cope
By Sam Ramsden
Spencer Matthews’ Impressive Net Worth Expands Far Beyond Chelsea
By Sam Ramsden
Joey Essex Is Rumoured To Be Dating A 'Love Island' Favourite
By Sam Ramsden
'Love Island' Has Added Yet Another Bombshell To The Villa
By Bustle UK
Get The Very Best Of Bustle/UK
Sign up for Bustle UK's twice-weekly newsletter, featuring the latest must-watch TV, moving personal stories, and expert advice on the hottest viral buys.