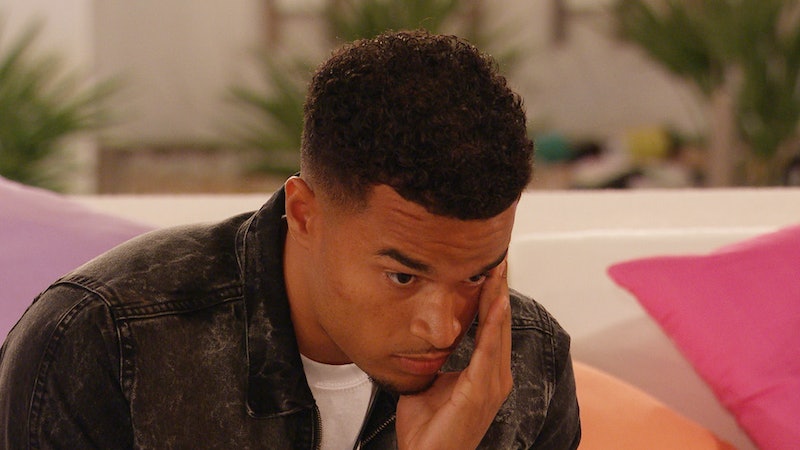 After a slow start, this year’s series of Love Island has really started to bring the drama — and one boy in particular has emerged as the ultimate chaotic king: Toby. He’s been the cause of many a viewer’s frustrated groans, and was the subject end of Chloe’s famous Beach Hut confessional that’s now a viral TikTok sound. Heck, even his sister Shauna is annoyed at him too — and girl, we get it.

In a video posted on TikTok, his sister Shauna Aromolaran lip-synced to a TikTok sound that went, “Shit pissed me off, for real. Why you act like that? You don’t see how you act, why people don’t want to be around you.” Behind her is a promotional still of her brother for the reality TV show, so she’s obviously targeting him. The caption for the TikTok reads, “My brother’s at it again.” Oof.

The TikTok was posted 3 days ago, following the aftermath of the boys’ return from Casa Amor. And in yesterday’s Aftersun, which featured the contestants’ families reactions to the chaos, Shauna can be seen facepalming. She says, “No, I mean it’s true, he’s done it to Chloe, he’s done it to Kaz,” in reference to Chloe’s comment that Toby was an “idiot”.

For context, Toby has jumped from girl to girl like a hummingbird flies from flower to flower. He was first paired up with Kaz, who he dumped for Chloe. He later dumped Chloe for Abigail, who is the chaotic king’s latest victim. It was revealed on Thursday’s episode that Abigail had decided to stay with Toby, while Toby had decided to recouple with Mary from the Casa.

But the story doesn’t end there. In the sneak preview for tonight’s episode, Toby can be heard saying, “I’m in a bit of a pickle.” His reason? “I’m with Mary, brought Mary back. Didn’t expect Abi to be by herself. She seems like she wants to still get to know me. But...my head is...with Chloe.” ?!?!?! We totally get Shauna’s frustration — Toby, make up your mind!

More like this
'Love Island' May Have Just Lost Its Main Character
By Jason Okundaye
Twitter Has No Chill As The 'Love Island' Villa Descends Into Chaos
By Darshita Goyal
'Love Island' Has Added Yet Another Bombshell To The Villa
By Bustle UK
The ‘Love Island’ 2023 Cast Is Messy AF
By Jason Okundaye
Get The Very Best Of Bustle/UK
Sign up for Bustle UK's twice-weekly newsletter, featuring the latest must-watch TV, moving personal stories, and expert advice on the hottest viral buys.