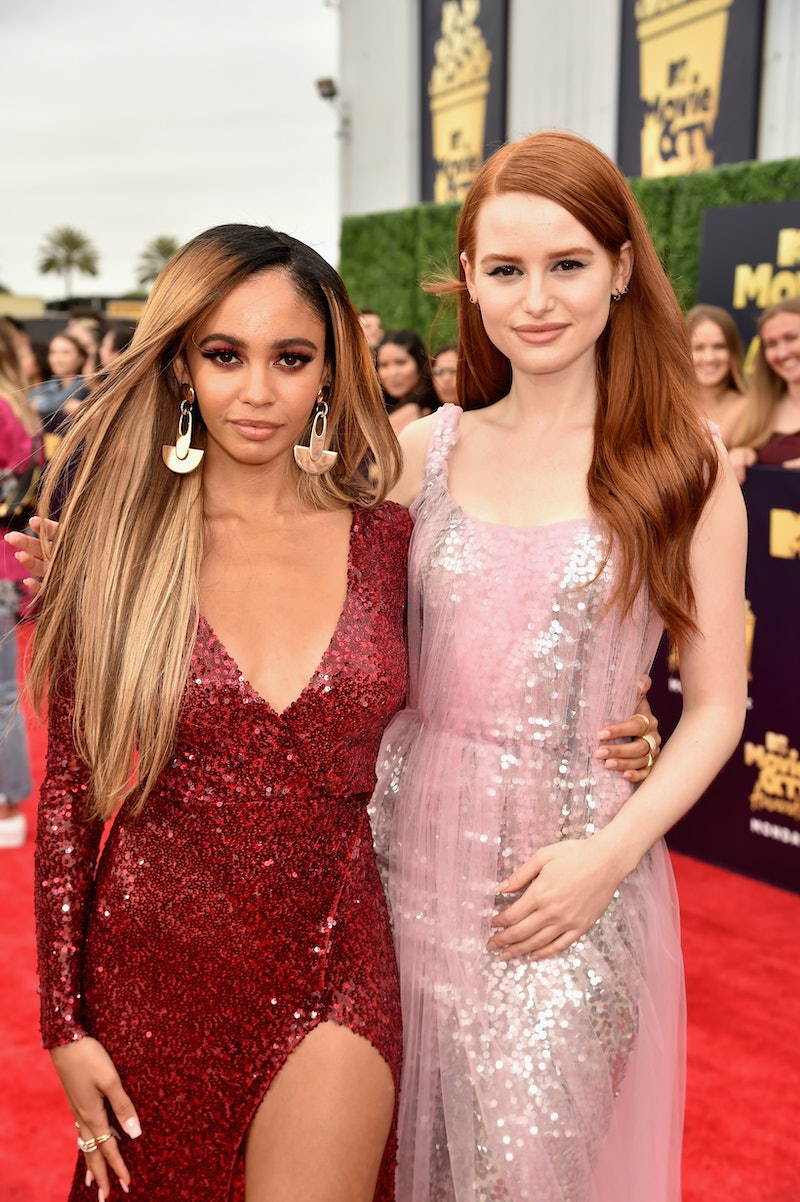 Everyone in Riverdale knows, you don't mess with Cheryl Blossom and Toni Topaz, and the same goes for the actors who play them. Madelaine Petsch defended Vanessa Morgan on Instagram on Monday, after her on-screen love interest received negativity following the news about her divorce from Michael Kopech, a pitcher for the Chicago White Sox. To make matters worse, the not-so-nice comments directed toward Morgan were left on her Instagram announcing that she was expecting her first child, a celebratory post that definitely doesn't deserve to be bombarded with hate.

Morgan's original post has been flooded with comments from Kopech's supporters since news emerged that he had filed for divorce. Some have even questioned the paternity of Morgan's baby, with one user writing, "Don't disrespect our pitcher like that." And that did not sit well with Petsch. "Honestly, if I see one more comment like this I'll lose it," she wrote in response. "Vanessa is a beautiful mother to be and the hate and disrespect I'm seeing on this post about her bringing a new life into this world is disgusting."

Some other comments on Morgan's Instagram read, "No mention of Michael??????" and "Is Kopech the dad?" A rep for Morgan confirmed to People on July 27 that Kopech is the father. According to People, Morgan's rep wouldn't provide comment on the divorce filing and Kopech couldn't be reached for comment. Morgan and Kopech got married in January after nearly two years together. And, according to Morgan's Instagram, are now expecting a baby boy.

On July 27, The Chicago Tribune reported that Kopech had filed for divorce from Morgan on June 19 in Texas, after six months of marriage. Furthermore, the outlet reported that the case has been sealed on, and a hearing date has yet to be scheduled.

More like this
'The Queen’s Gambit' Season 2 Tweet Wasn’t From Anya Taylor-Joy
By Mary Kate McGrath, Jack Irvin and Grace Wehniainen
Daryl McCormack Has A Very Special Lady In His Life
By El Hunt
Pamela Anderson’s Dating & Marriage History Could Be Its Own TV Series
By Jake Viswanath
Meghan Trainor & Daryl Sabara Are Expecting Their Second Baby
By Jake Viswanath
Get Even More From Bustle — Sign Up For The Newsletter
From hair trends to relationship advice, our daily newsletter has everything you need to sound like a person who’s on TikTok, even if you aren’t.