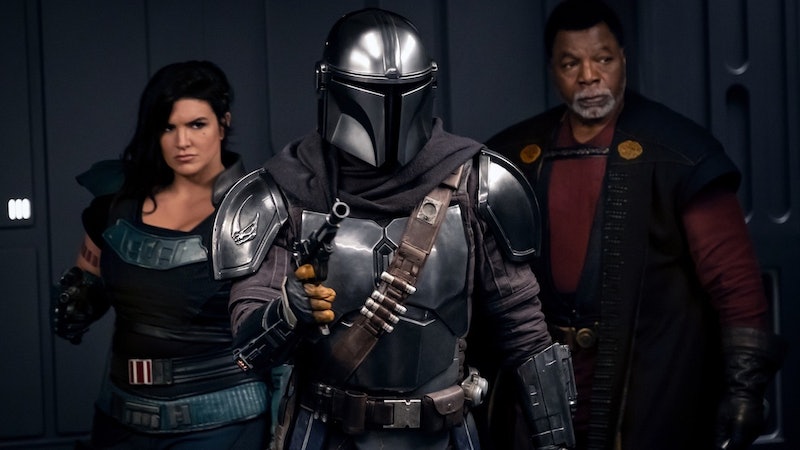 After introducing national treasure Baby Yoda, The Mandalorian finally returned for its highly anticipated second season. Action-packed adventures and out-of-this-world special effects are once again at the forefront of the show, which resumes with Mando (Pedro Pascal) traversing the outer reaches of the galaxy and attempting to reunite The Child with its own species. Like last season, there are also plenty of Star Wars Easter eggs in The Mandalorian Season 2 — making it all the more delightful for eagle-eyed fans of the franchise.

Series creator Jon Favreau has been vocal about his desire to incorporate the larger Star Wars universe into the live-action series. And if you watched the Season 2 finale, you know that a prominent character from previous movies appeared. "Part of what’s fun is to see if we could merge the worlds of the original trilogy, the prequels, the sequels, The Clone Wars, and what’s been considered canon up to this point and what’s been considered part of Legends," he told Entertainment Weekly last year. "I think this show offers an opportunity to bring in all those elements, so no matter what your flavor of Star Wars ice cream you like, there will be something to enjoy."

Read on below for all the Star Wars references you may have missed in Season 2.

The Mandalorian is now streaming on Disney+. Click here to learn more about a subscription.