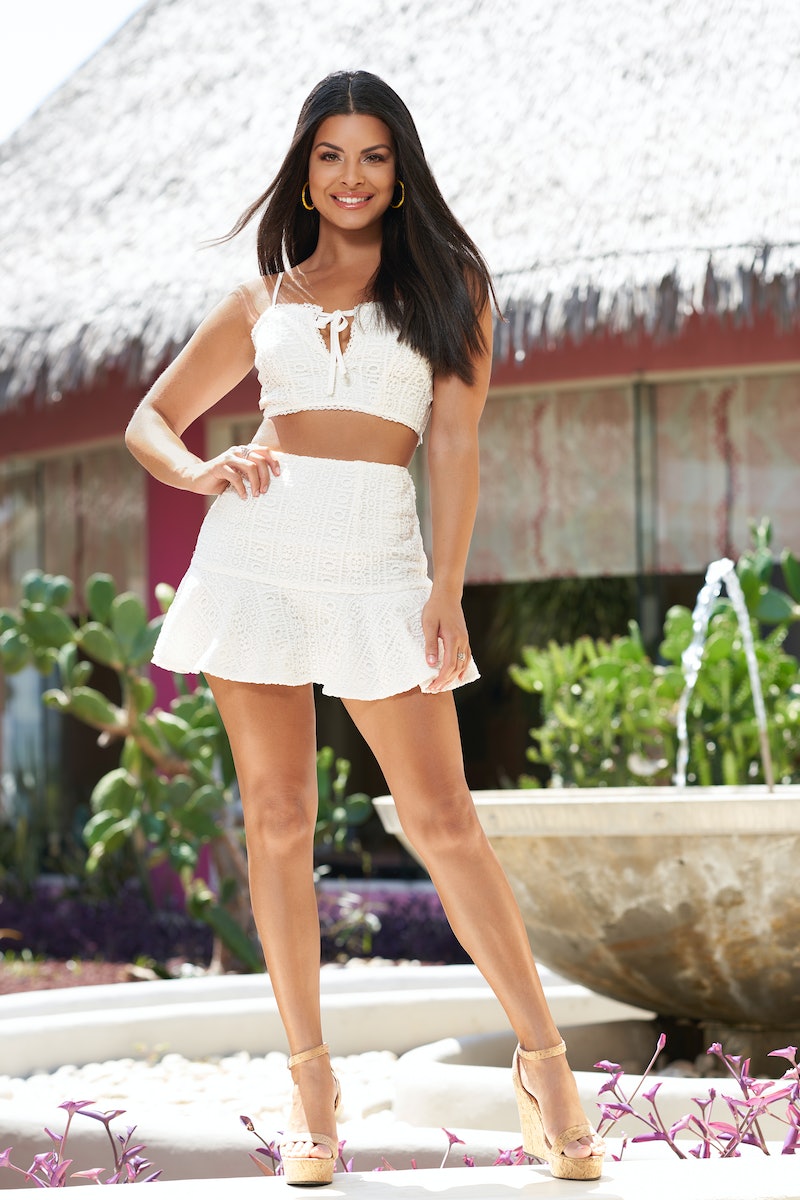 It wouldn't be a season of The Bachelor without a former pageant queen. For Matt James, that person was Mari Pepin — Miss Maryland 2019 and a Miss USA 2019 finalist. She's friends with Alayah Benavidez, who was known for stirring the pot on Peter Weber's season, and she got caught up in some drama of her own.

Matt sent Mari home during Week 4 amid rampant bullying within the house brought to his attention by now-Bachelorette Katie Thurston. A the Women Tell All special, however, Mari blamed Katie for the “toxicity” between the women, particularly toward early frontrunner Sarah Trott. Afterward, she noted in an Instagram comment that there was “a lot” about Katie that “unfortunately will never come to light.”

Mari went on to clarify that her issue was not that Katie came forward, but rather her behavior behind-the-scenes. “I wholeheartedly and without a doubt condemn bullying," wrote the 25-year-old. "I will not and did not defend anyone’s harmful words or actions... Clarifying that someone isn’t fake or can have positive attributes is NOT the same as defending or excusing behavior." Mari also highlighted what she called Katie’s “mistreatment of Sarah and subsequent switch up based on a discussion about their families,” urging followers to remember “there is so much you don’t know and that you don’t get to see, so you will NEVER full[y] understand these situations.”

The experience didn’t seem to turn her off from reality TV, though: Mari will appear in Season 7 of Bachelor in Paradise. Here's what else to remember about her ahead of the show.

Mari Was Born In Puerto Rico

Mari’s dad was in the military, so she moved around a lot growing up. She was born in Puerto Rico and even wrote a Puerto Rico travel guide in July, but her family also lived in Germany and traveled around Europe, visiting France, Czechoslovakia, and Italy. She's fluent in Spanish and has studied French and American Sign Language, per her Pageant Planet bio.

Mari had a long career in the pageant world. According to her Pageant Planet profile, she won the title of Miss Maryland Teen USA in 2014 and represented the state at that year's Miss Teen USA competition. She went on to win the 2019 Miss Maryland title and ultimately competed against Alayah and another former contestant from Perter’s season, Victoria Paul, at Miss USA. Alayah is the one who referred Mari for The Bachelor.

Since putting her pageant days behind her, Mari has been making use of her communications degree as a marketing director. In June, she announced the launch of her social media management firm, Innovessa, on Instagram, but the company's profile is currently set to private.

According to Mari’s personal website, she is currently pursuing her master's degree in marketing from the University of Maryland while working as a marketing director at Maryland Plastic Surgery & PURE MedSpa. Mari also says she’s “extremely passionate about giving back, helping others and being involved in the community.” She’s helped to create and run various non-profit organizations like Moi Warriors, which helps women who have overcome medical obstacles, and the Make a Veteran Smile program, which provides free surgical procedures to veterans in need. In addition, she’s given presentations about self-confidence to kids.

Mari’s Instagram consists primarily of selfies and professional portraits. Since appearing on The Bachelor, she’s only posted a handful of times, including a bridal photo shoot which she said helped her to figure out exactly what she wants her future wedding dress to look like. In February, she shared a picture of herself on the beach, calling it her “happy place.” The same month, she did her first-ever photo shoot with natural hair. “Very proud of it and how far I’ve come with loving my hair the way it is,” Mari wrote.

Mari also has a TikTok where she often tries dance trends.