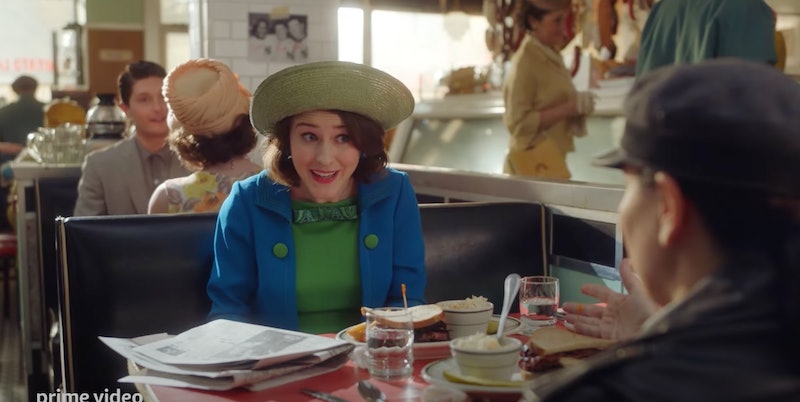 The Marvelous Mrs. Maisel Season 3 left its titular protagonist in a bad place: After a major breakthrough in her career and months of touring, she was disinvited from the second leg of Shy Baldwin’s tour. While she seemed to have saved her family from losing their home, Midge (Rachel Brosnahan) now has to continue sorting out the state of her finances. And that’s all before she learns her manager Susie (Alex Borstein) has gambled away their tour earnings.

Still, she is the marvelous Mrs. Maisel — the housewife who built a successful comedy career from the ashes of her marriage in the 1960s. Since then, she’s been working her way up through the circuits and finding some acclaim, and she’s proven herself to be scrappy. Here’s what we know so far about what’s to come in Season 4.

The show is expected to pick up mostly from where it left off in Season 3, with many of the original cast members returning. You can of course expect to see Brosnahan as Midge, as well as Borstein as Susie Myerson, Tony Shalhoub as Abe Weissman, Marin Hinkle as Rose Weissman, Kevin Pollak as Moise Maisel, Caroline Aaron as Shirley Maisel, and Luke Kirby as Lenny Bruce.

Zachary Levi, who played Midge’s romantic interest Ben in Seasons 2 and 3, is unlikely to return (at least in Season 4) due to scheduling. And while Sterling K. Brown (who played Shy Baldwin’s tour manager Reggie in Season 3) hopes to come back because he loved working on set, nothing has been announced yet — but also pointedly not ruled out by Maisel co-creators Amy Sherman-Palladino and Daniel Palladino. Jane Lynch’s Sophie Lennon was similarly a “maybe,” according to Sherman-Palladino, but the latest trailer confirms her series return.

Beyond that, Mrs. Maisel will be welcoming some new faces in Season 4. Feud star Jackie Hoffman and Allison Guinn of On the Town will join as recurring characters, although no other details have been released. And famed director John Waters has been seen filming an undisclosed guest role.

There will also be two former Gilmore Girls stars joining the cast: Kelly Bishop and Milo Ventimiglia, whose roles are again being kept under wraps. Aside from a video announcing Bishop on set and some paparazzi photos that captured some of Ventimiglia's scenes with Brosnahan, neither of the Palladinos have said much about what to expect from their characters.

“You have to see it in context,” Daniel Palladino said of Ventimiglia's character, “because it’s actually a very different thing we’re doing with him. We needed someone of his caliber and his handsomeness, so we asked Milo to do it. But you have to see it in the context.”

The Palladinos have been similarly tight-lipped about any plot details. The show will inevitably deal with the fallout of Midge’s Season 3 tour with Shy Baldwin (Leroy McClain), whom Midge outed in the finale during a hometown gig at the Apollo Theater. After her set, Shy’s manager Reggie (Brown) dropped Midge and Susie from the rest of the tour — a real predicament since Midge spent her tour earnings to buy back her family’s apartment.

“We may be doing a little jump within the season, but when we first start up we want to [stay in that time],” Amy Sherman-Palladino told The Hollywood Reporter. “I mean, what’s the fun of totally destroying someone’s soul and heart and not getting to see the aftermath? That’s what comedy’s made of, soul-crushing defeat.”

While the Palladinos have said they took a while to sort out exactly what that would look like, the pair is reportedly working from the trajectory of several seasons they mapped out at the beginning of the show. And given that the actor who plays Midge’s son Ethan looks so much older in production photos, some fans are speculating that there will be a time jump after the dust settles on Midge’s post-tour life. Whether that means Luke Kirby’s Lenny Bruce will only appear just before his real-life passing in 1966 — well, that’s too heartbreaking to speculate on.

On Tuesday, Nov. 30, Amazon Prime released the first official trailer for the show’s fourth season. Although the minute-long clip doesn’t give away much, it’s obvious that Midge and Susie are very much at odds about how they should move forward after getting axed from Shy Baldwin’s tour.

“No more opening act gigs,” Midge says. “I will only do gigs where I can say what I want.” But her manager isn’t convinced that turning down gigs is the way to go. When Midge demands to be made into a headliner, Susie immediately shoots her down. “How am I supposed to do that if I can’t even book you?” she asks. “That’s not how the business works.” “Then let’s change the business,” Midge responds.

Amazon Prime has staggered releases of more trailers since. The second, released on Dec. 1, was all about Midge... and her semi-dysfunctional relationship with her parents. They’ve never really seen eye-to-eye, and it’s obvious in the 40-second clip that things haven’t changed. After buying back her family’s apartment, Midge invites them to move in with her. They, however, decide to flip the narrative with a “cover story” that they bought the apartment back for Midge. “So I did all of this for you and you wanna tell the whole world that you did it for me?” a frustrated Midge asks. “I thought this was just an altruistic thing you were doing for us?” her mother Rose rebukes. It’s a trap, and Midge walks straight into it.

It’s Susie’s turn in the latest trailer, released on Dec. 2. In the 50-second clip, set to “Rose’s Turn,” exciting things await Midge’s manager as she rebuilds her business “Susie Myerson & Associates” (it’s a working title). She’s renting out a new space and even interviewing potential employees.

Don’t worry, the snazzy new office won’t put a damper on her spunk — she’s still spewing out expletives and truth bombs. When one applicant says she wants to “get in on the ground floor of a growing business” during a job interview, Susie retorts, “OK, that’s putting a sh*t-ton of pressure on me.” Classic Susie.

After the long wait and intense attention paid to their production shots, Amazon finally announced the release date for Season 4. The two previous seasons dropped at the beginning of December during their respective years, but the series was among those affected by pandemic production issues. As reported by Variety, Season 4 premieres on Feb. 18, and two episodes will be released every Friday.