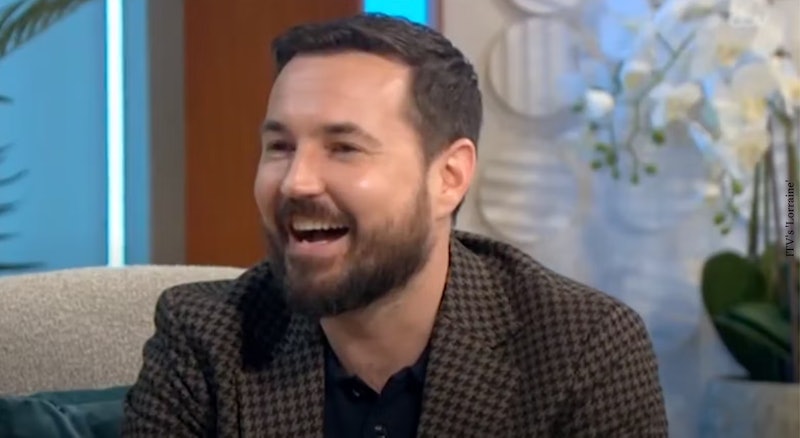 Mayflies is a new two-part drama from the BBC that’s set to shine a spotlight on Scotland and its abundance of talent. Starring Line Of Duty’s Martin Compston, Ashley Jensen of After Life, and Tony Curran of Doctor Who, it’s lined up to be quite the mini series. The screenplay is based on Andrew O’Hagan’s novel of the same name, which was named Waterstones Scottish Book of the Year 2021, won the prestigious Christopher Isherwood Prize, and has also earned praise from authors including Graham Norton and Colm Tobin.

In a statement to the BBC, O’Hagan said of the TV adaptation, “the story is a very personal one to me, and it’s amazing to see the characters come to life.” And so, find out everything we know so far about Mayflies, below.

Martin Compston is set to play Jimmy, one half of the pair at the heart of this drama. Jimmy and best friend Tully Dawson (played by Tony Curran) present an “intimate and devastating portrait of male friendship,” said Gaynor Holmes, BBC Drama Commissioning Editor.

In an Instagram Story, Compston wrote that he was “chuffed to be a part of this lovely cast.” Curran is similarly looking forward to the project airing, sharing in an Instagram post that he’s “excited to be working with this great cast & crew.” Ashley Jensen is confirmed for the show, but it’s not yet known which role she’ll be playing.

As the show is being adapted from the novel, you could grab a copy of the book and read ahead for spoilers, if you feel so inclined. But for now, Mayflies will focus on the story of Tully and Jimmy who “ignite a brilliant friendship based on music, films, and the rebel spirit” in 1980s Scotland. A BBC synopsis reads, “With school over and the locked world of their fathers before them, they rush towards the climax of their youth — a magical weekend in Manchester, the epicentre of everything that inspires them in working-class Britain. There, against the greatest soundtrack ever recorded, a vow is made: to go at life differently.”

It’s a tale of two halves though, as we then flash forward thirty years, where we see this friendship between the two men tested in a number of ways. “Mayflies is a memorial to youth’s euphoria and to everyday tragedy. A tender goodbye to an old union, it discovers the joy and the costs of love.”

A release date for Mayflies isn’t yet in sight, as filming is set to begin in the Autumn of 2022 in and around Glasgow and Ayrshire. However, it’s been confirmed that the show will be available on BBC One, BBC Scotland, and iPlayer when it is released. And as expected, there isn’t a Mayflies trailer yet either, but there are plenty of videos of O’Hagan discussing the book to whet your appetite whilst we wait.

More like this
Stanley Tucci Is Next Level In The BBC's 'Inside Man' Trailer
By Sam Ramsden and Sophie McEvoy
The BBC Is Adapting A Best-Selling Novel About A Mistaken Killer
By Darshita Goyal
Ruth Wilson’s New Thriller Spotlights A Controversial Irish Institution
By Darshita Goyal
How A Location Blunder Changed The Outcome Of 'The Capture' S2.
By Darshita Goyal
Get The Very Best Of Bustle/UK