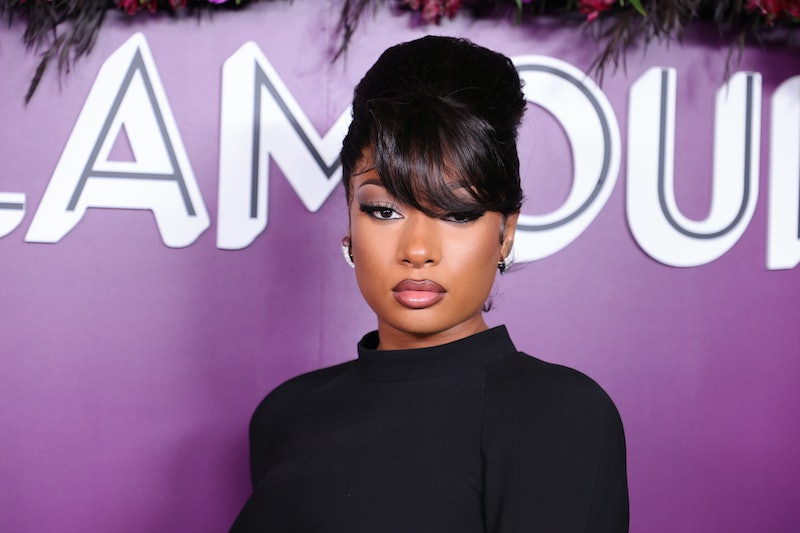 Megan Thee Stallion is canceling her Houston concert “out of respect for the lives lost” at Travis Scott’s Astroworld Festival last month. The “Body” rapper told the Houston Chronicle on Nov. 30 that she decided to call off her Dec. 3 show at 713 Music Hall because “Houston is still healing and it’s important that our community be given the appropriate time to grieve.”

Megan’s show was announced before the Astroworld tragedy, which killed 10 festivalgoers who got caught in a crowd surge. Her show was intended to celebrate her graduation from Texas Southern University as well as the opening of the venue, but holding the event a few weeks after Astroworld didn’t feel right. “My heart goes out to all the families that are suffering during this difficult time,” she told the paper.

The 10 Astroworld attendees who died ranged in age from nine to 27. Per Variety, several other people in the crowd of 50,000 went into cardiac arrest and hundreds more were injured. The morning after the deadly event, which was held at Houston’s NRG Park, the “Sicko Mode” rapper issued a statement that said he was “absolutely devastated by what took place.”

“My prayers go out to the families and all those impacted by what happened at Astroworld Festival,” he wrote. “Houston PD has my total support as they continue to look into the tragic loss of life.” He also said that he was committed to supporting the victims’ families and he expressed gratitude for the first responders.

Scott followed up his statement with a series of Instagram stories. In them, he said that he “could never imagine anything like this just happening” and that he and his team were working “to identify the families so we can assist them through this tough time.” Per the BBC, he has since offered to cover funeral expenses, but many of the victims’ families reportedly declined.

Megan is one of many musicians who have spoken out about the tragedy in the month since it happened. Drake, who was a special guest at the Nov. 5 show, said he was heartbroken. “I’ve spent the past few days trying to wrap my mind around this devastating tragedy,” he wrote on Instagram. “My heart is broken for the families and friends of those who lost their lives and for anyone who is suffering.”

Roddy Ricch, SZA, Master P, and Don Toliver were among the other Astroworld performers who publicly expressed their condolences.

More like this
Britney Spears Thanks Fans After Miscarriage & Explains Why She's Writing A Book
By Jake Viswanath
Doja Cat Needed Tonsil Surgery & Now She Can't Eat Taco Bell's Mexican Pizza
By Jake Viswanath
Oops! The 'Stranger Things' Monopoly Game Has Spoilers For Season 4
By Alyssa Lapid
Christine Quinn Says She & This Co-Star Got Paid The Most For 'Selling Sunset'
By Grace Wehniainen
Get Even More From Bustle — Sign Up For The Newsletter