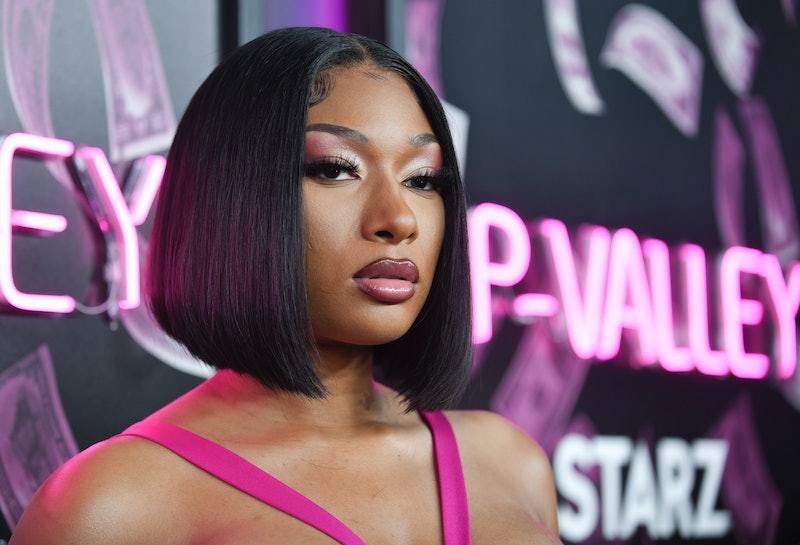 Megan Thee Stallion surprised fans on Aug. 12 when she released her previously unannounced album Traumazine. But before she dropped that sophomore album, she had a cameo on the Starz series P-Valley, which follows the goings on at a strip club in Mississippi. In an interview with Apple Music’s Nadeska and Ebro Darden published on Aug. 15, Megan revealed that she had originally auditioned for the lead role of Mercedes, which eventually went to Brandee Evans. “I read for Mercedes,” she recalls. “Yeah, they had asked me to read for the part. So I was like, ‘OK, cool.’ I know I ain’t get the part because my girl Brandee tearing it up. I’m like, ‘Oh, s**t,’ I feel like I look like a little kid in my little audition tape.”

But Megan didn’t let that disappointment hold her back. She still appears as Tina Snow in Episode 9 of the second season, a callback to her alter ego and the title of her second EP. “To have a full circle moment and get to come back to the show, now I’m established ... Because I think ‘Big Ole Freak’ had just came out when I read for Mercedes. I wasn’t even this yet,” Megan said of her chance to come back to the series as a more established rapper on the scene.

Megan credits the show’s creator and showrunner for giving her another opportunity. “My girl Katori [Hall] she seen it in me. She was like, ‘No, that girl, we like her. She going to be something.’ I feel like she just seen it early, but for her to come back and be like, ‘OK, Meg, what we going to do?’ Just going to be Tina. I could do it.”

Megan also opened up about her songwriting in the Apple News interview, stating that Traumazine was the first time she actually expressed how she was feeling in the moment. “Usually when I write songs ... I don’t write songs about how I feel, I write songs about how I want to feel,” she said. “So I feel like on this album, it’s probably the first time I figured out how to talk about what I want to say … express myself a little bit more.”

She elaborated that this album is the first time she feels like she’s speaking up for herself. “I feel like it’s been so easy for people to tell my story for me, speak on my behalf because I’m a nonchalant person ... I wanted to just take control of my narrative, take control of my own story. Tell it my way, tell it from me.”

Though she’s proud of the album and what she went through to put it out, she feels like it’s just the beginning. “I feel like it’s not even something that’s finished. I feel like I have another piece of the stories to tell and that’s another place I’m getting to. I feel like your job is just not done ever ... [but] I feel like it’s OK to not be done. This is what I have for you today. Let’s see what I got next month.”