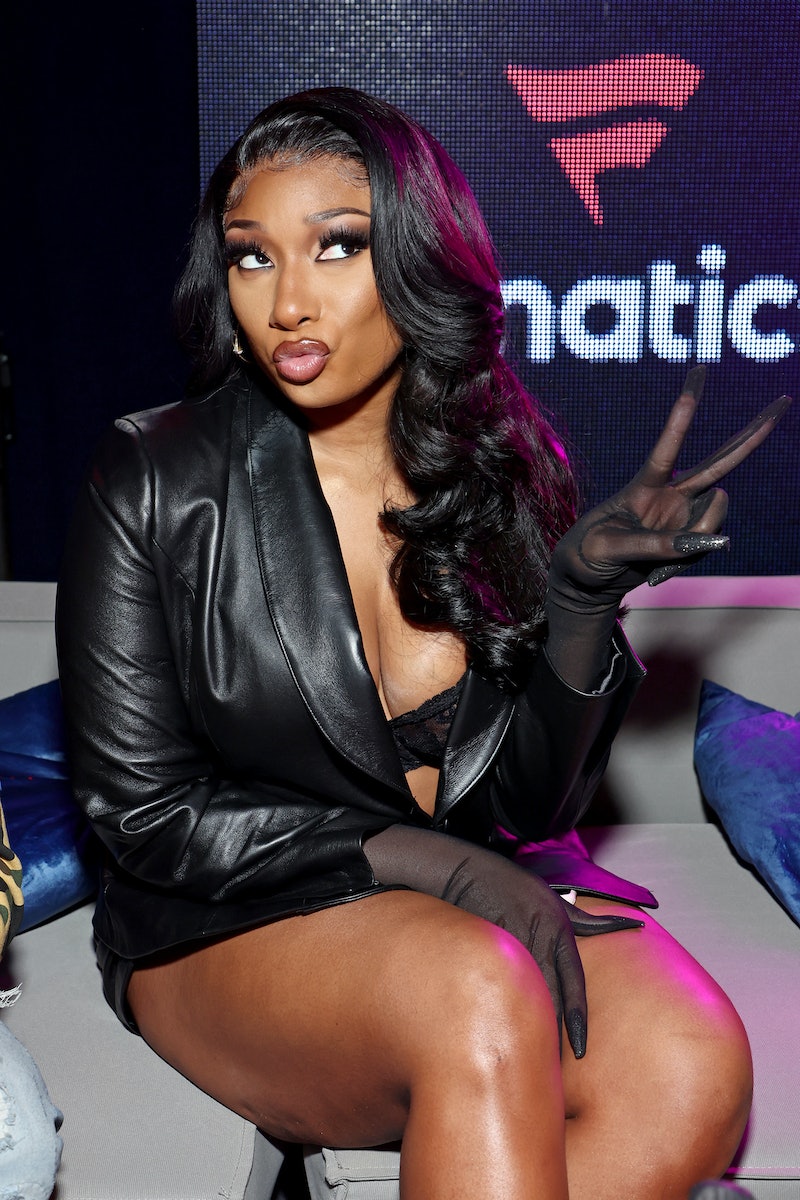 Surprise! Technically, it was no secret that Megan Thee Stallion’s new album has been on its way for a while now — she hinted at its title a week ago, and revealed at the Webby Awards back in May that she was “95% done” with her latest album. But the timing of Traumazine’s Aug. 12 release did not exactly go to plan. In an Aug. 10 tweet, Megan criticized her label and how she “always [has] problems” releasing music with them. “All these games and having to go to court just to put out my art has been so stressful,” she said, apparently referencing her legal struggles with 1501 Certified Entertainment.

The next day, Megan tweeted her disappointment with parts of Traumazine leaking — and her desire to release it on her terms. “From my cover art, pieces of my track list and me even hearing a part of a song I haven’t dropped yet leaking (and we ALL know who the only ppl who had access to all these PRIVATE links are..),” she wrote. “I might as well…lol.”

So the Grammy winner decided to drop Traumazine on Aug. 12 — and the new album (which includes collaborations with Jhené Aiko, Future, and Dua Lipa) is already getting the meme treatment. Megan, of course, would want nothing less — she’s already retweeting a few of them, and is using the platform to laugh about her own less-than-ideal label situation. “Carl be so mf mad 😂😂😂😂 ahhhh haaaa that’s why you can’t make no more money off me 😝😝😝😝😝,” she tweeted shortly after announcing the album drop — seemingly referencing 1501 founder Carl Crawford.

Ahead, some of the best memes and tweets about Traumazine.

The References To Megan’s Experiences

Many fans connected with Traumazine’s references to mental health and the experiences the musician’s been through — including one lyric off “Who Me,” where she appears to call out the alleged gunman from her 2020 shooting, Tory Lanez.

Megan herself tweeted about getting personal on Traumazine — and her hopes that the album will help others do the same. “Hotties I opened up to yall on this album so if you’re comfortable, how bout we have a conversation abt some things you might be going through or just want to vent about that you’ve been through that may help someone else,” she wrote, adding that listeners can use the hashtag #TRAUMAZINE to share their stories.

The Most Brutal Lines

Twitter had fun sharing their reactions to some of Traumazine’s most iconic call-outs and lyrics — which we’ve come to expect, now, from the Grammy-winning wordsmith.

Twitter users shared their experience listening to the album in full — and it was a rollercoaster.

More like this
Twitter Is Freaking Out Over Rihanna’s 2023 Super Bowl Halftime Show Announcement
By Stephanie Topacio Long
Everything To Know About Taylor Swift’s 10th Studio Album, 'Midnights'
By Grace Wehniainen and Jake Viswanath
Lizzo Twerks While Playing James Madison's 200-Year-Old Crystal Flute Onstage
By Radhika Menon
What Demi Lovato Really Thinks About Child Stardom, Depression, & Sobriety
By Radhika Menon
Get Even More From Bustle — Sign Up For The Newsletter