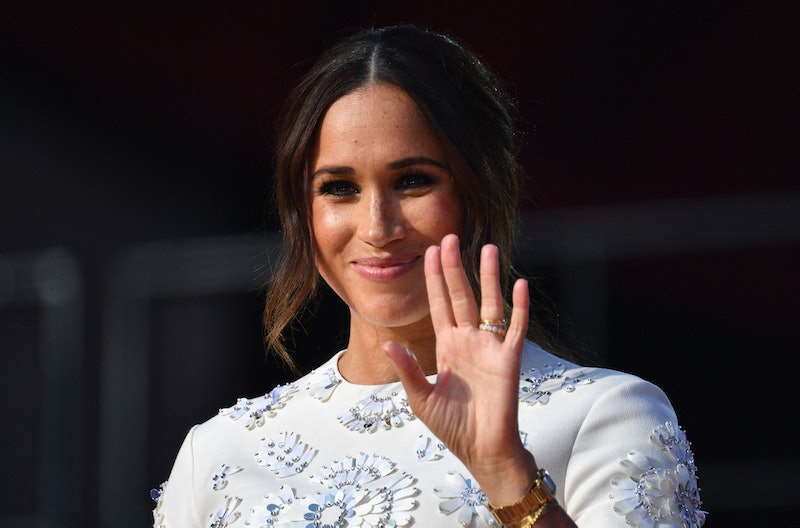 During her days as a working royal, Meghan Markle (along with the entire firm) was reportedly dissuaded from voicing political opinions. Or even potentially political ones. But now that the Duke and Duchess of Sussex have relocated to the United States, they’ve been free to speak out on those issues that matter most to them — and for Meghan, paid family leave is one of the biggest.

Meghan recently showed her support for the nonprofit PL+US, or Paid Leave for the United States, by sending its workers $25 Starbucks gift cards through the Archewell Foundation, as People reported on Oct. 31. The organization’s mission is to “win paid family and medical leave by 2022.” Neil Sroka, communications director for the campaign, shared a screenshot of the surprise treat on Twitter, along with a sweet message of support from Archewell. “Just a little something to keep you going,” read the note. “Thank you for all that you do.” Sroka was moved by the gift, calling the move “unbelievably classy... and necessary.”

“Truly honored to know she has our backs in the fight to win #PaidLeaveForAll,” Sroka continued. Per the director’s tweet, the group has been “working overtime to #SavePaidLeave,” so it sounds like coffee was both a kind gesture and practical fuel, too. Jaymie Cobb, PL+US organizing director, also celebrated the surprise treat on Instagram. “The duchess bought us coffee and I’m trying not to freak out,” she wrote.

The Starbucks gift cards come less than two weeks after Meghan sent a letter to Senate Majority Leader Chuck Schumer and Speaker of the House Nancy Pelosi, urging the politicians to embrace paid leave legislation. “The working mom or parent is facing the conflict of being present or being paid,” she wrote. “The sacrifice of either comes at a great cost.”

In the letter, Meghan also drew upon her own experience as a new mom — noting, of course, that her experience isn’t the norm for most Americans. “Like any parents, we were overjoyed,” after Lilibet’s birth this summer, Meghan wrote. “Like many parents, we were overwhelmed. Like fewer parents, we weren’t confronted with the harsh reality of either spending those first few critical months with our baby or going back to work. ... No family should have to choose between earning a living and having the freedom to take care of their child (or a loved one, or themselves, as we would see with a comprehensive paid leave plan).”

More like this
Prince Harry Incorrectly Recites Christina Aguilera’s “Genie In A Bottle” Lyrics
By Jake Viswanath
I Read Prince Harry's 'Spare' So You Don’t Have To: 11 Highlights To Know
By Marina Watts
A Royal Lie: Harry Reveals The Truth About Princess Diana’s Ring
By Marina Watts
Twitter Can’t Handle Prince Harry Reading Spice Girls’ “Wannabe” Lyrics
By Jake Viswanath
Get Even More From Bustle — Sign Up For The Newsletter