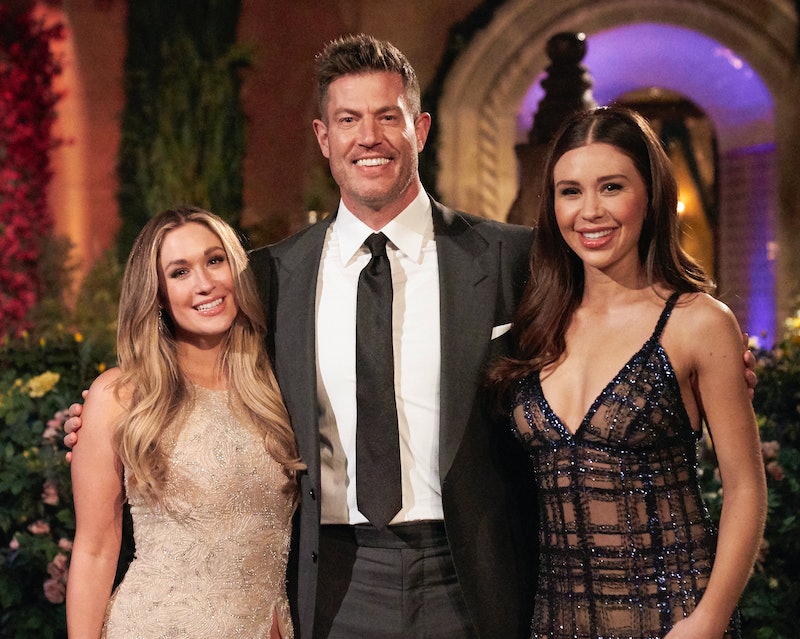 The Bachelorette is back, and so are the memes. From the much-talked-about arrival of a shirtless suitor to predictions about whether or not our dual Bachelorettes might fall for the same guy, there was a lot of ground to cover. However, for many Twitter users, one of the premiere episode’s most memorable moments actually happened in a commercial break. During the July 11 debut of Gabby Windey and Rachel Recchia’s Bachelorette season, Jesse Palmer dropped in with a casting call commercial for The Bachelor — and he didn’t mince words in his invitation to potential contestants.

“Your boyfriend’s a loser,” the franchise host says in the brief ad. “Everybody knows it! Dump his ass and apply to be on the next season of The Bachelor.”

In case you aren’t quite sure how to do that, here’s a handy guide. TL;DR — be prepared to shell out your savings for the gig. According to Insider, women can spend anywhere from $1,800 to $8,000 on new clothes alone. Not to mention, dumping your “loser” of a boyfriend doesn’t really guarantee you a drama-free dating experience if you join the show, as Clayton Echard’s Bachelor season proved.

Of course, whether you’re planning to apply or prefer to keep watching from the comfort of home, it’s safe to say Jesse’s commercial added to the chaos of the night — and Twitter had fun responding to the unexpected moment, too. Even franchise alum and former Bachelorette host Kaitlyn Bristowe chimed in on the conversation. “Not ‘dump his ass,’” she wrote on Twitter. “Hahahhaha wut.” (If anyone knows what a potential Bachelor contestant is getting into, it’s Kaitlyn — who found love via the franchise in a roundabout way, ultimately getting engaged to Jason Tartick despite the pair not actually meeting *on* the show.)

Ahead are some of the best memes and tweets reacting to Jesse’s blunt Bachelor casting call.

For many Twitter users, Jesse’s words seemed to serve as a harbinger of a more chaotic era of Bachelor Nation — and with Gabby and Rachel’s Bachelorette season being a franchise first, what better time to mix things up?

Of course, it wasn’t the only memed-about moment for Jesse in the Bachelorette premiere. Fans also questioned his knowledge (or lack thereof) of how this season would actually work. Here’s to figuring it all out in the weeks ahead!