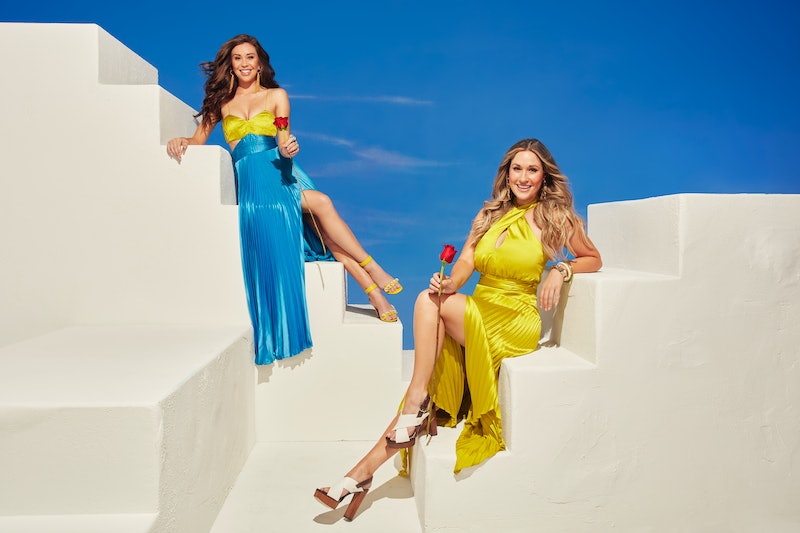 After the longest off-season in recent memory, The Bachelorette made a major comeback. And this time, it looks a lot different because the show won’t just have one bachelorette but two: Gabby Windey and Rachel Recchia. Fans of the franchise will remember the two new leading ladies from Clayton Echard’s tumultuous season of The Bachelor, which delivered an explosive finale. Emerging from the emotional wreckage are Gabby and Rachel, who are set to take over the franchise’s reins in what fans hope is an unparalleled season. We’ve had double Bachelorettes before, but that system only lasted one night when Kaitlyn Bristowe briskly became the season’s only lead.

When it comes to Gabby and Rachel, viewers can expect a genuinely different season. As we learned in Week 1, not even the Bachelorettes know how this season will unfold. Host Jesse Palmer informed them early on in the process that they essentially have the final say on the season’s procedure. So, while it’s likely that the franchise will stick to its usual format, our Bachelorettes may be changing things up as they go along.

How Will Dates Work In The Bachelorette Season 19?

Week 2 gave Bachelorette fans their first glimpse at how dates will work during Gabby and Rachel’s season. The second episode started with one group date — an impromptu Speedo talent show giving all the contestants a chance to nakedly woo the ladies. Gabby and Rachel selected a number of winners from the contest to join them for a cocktail afterparty, which is pretty similar to seasons past. Episode 2 also featured the first one-on-one dates for the Bachelorettes, where each woman spent a day alone with a bachelor of their choosing.

We also learned — as was the case during Rachel’s date with Jordan V — that either lead can send a guy home at any time during a date. Sending a contestant home early has happened before, but this particular one-on-one date shows that Gabby and Rachel might not always consult each other first before eliminating someone.

How Will Rose Ceremonies Work In Gabby & Rachel’s Bachelorette Season?

Week 1 saw how quickly things can change when Gabby and Rachel canceled the first rose ceremony. With 32 men to meet, Gabby and Rachel found it near impossible to meet with all the contestants, and they didn’t think it was fair to send anyone home they hadn’t gotten the chance to meet yet. Jesse Palmer left the final decision up to the two leads, both of whom in turn decided not to go through with the ceremony. However before they announced their decision, Gabby and Rachel pulled Roby and twins Justin and Joey aside to inform them that they didn’t feel a connection with them and let them go.

Going into Week 2 and beyond, rose ceremonies will likely be similar to past Bachelorette seasons. In Episode 2, Gabby and Rachel explained that the roses they gave out were from both of them, to avoid revealing which guys either lead is more interested in. To ramp up the tension, the show may eventually require the leads to hand out roses to the men they each like. If that’s the case, it’s also possible if Rachel or Gabby were to call out a name, that contestant could deny the rose. Conversely, a contestant could continue accepting roses from a Bachelorette that he isn’t interested in to prolong his stay.

In Episode 3, which aired July 25, the rose ceremonies underwent a significant change. After feeling slighted by several of the contestants, Gabby expressed her displeasure with the journey thus far. Therefore, Gabby and Rachel asked the men at the rose ceremony to decide which bachelorette they wanted to commit to and pursue a relationship with. The move led to an awkward ceremony with three contestants refusing Rachel’s roses. What hurt more was that Rose lost a rose for each rejection, meaning her pool of bachelors would be smaller than she expected. While it was excruciating to watch, this turn of events definitely streamlined the process going forward for both bachelorettes.

What Happens If Gabby & Rachel Like The Same Person In The Bachelorette?

The simple answer is: great television. If Gabby and Rachel like the same person, they’d have to work out their feelings and decide if they are willing to fight for the contestant’s heart. That said, it’s also up to the guy in question, especially if he’s more drawn to one bachelorette over the other. Fans noticed that Logan is exploring relationships with both Bachelorettes, kissing Gabby and Rachel during the cocktail party in Week 2. Rachel gave Logan her group date rose, but Gabby felt a little sad when she learned that Rachel also liked Logan.

The massive rose ceremony change in Week 3 makes it unlikely that Gabby and Rachel will end up falling for the same guy. The Bachelorettes and the contenders have officially made their choices, with Gabby and Rachel now having their own set group of bachelors. Unless one of the contestants changes his mind, it seems like Gabby and Rachel are destined to choose their own fiancés.

How Will The Bachelorette Season 19 Finale Work?

Speaking of love triangles, what happens as the group of contestants dwindles — more specifically, when only three or four men are remaining? Will Gabby and Rachel each have their own final four? If that’s the case, the show may feature eight hometown visits and six fantasy suites.

When it comes time to propose, will Gabby and Rachel each have two contenders left? The final weeks are always when the emotional stakes are at their highest in The Bachelor franchise. Anyone who makes it to the final rounds must have pretty substantial feelings for one (or both) of the bachelorettes. While it isn’t entirely clear exactly how the finale will be structured and play out for Gabby and Rachel, it will surely be one that fans have never seen before.

This article was originally published on June 29, 2022