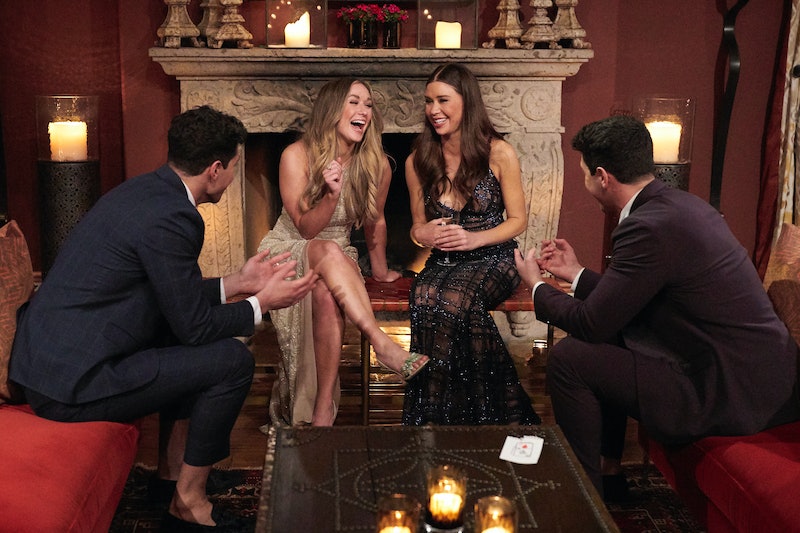 The new season of The Bachelorette is finally underway. July 11 marks the beginning of another journey towards love, this time alongside our capable leads Gabby Windey and Rachel Recchia. Fans of the show will remember both women from Clayton Echard’s calamitous season of The Bachelor, both of whom have returned as dual leads. With so much of this season’s format remaining a mystery, it’s hard to know just how the typical courtship will unfold. Given that we have an unprecedented season in front of us, it seems like we may be in store for never-before-seen drama.

One big question looming on everyone’s minds this season is whether it’s possible both Gabby and Rachel could fall for the same contestant. Early into Episode 1, both women explained the kind of guys they were into, and while there was some overlap in their interests, it seemed like there would be enough guys to go around. Though they’re both there to support each other, Rachel explained to the cameras that “it is an individual journey.” Gabby also lets Rachel know that she’s not interested in anyone whose prone to indecision, which would likely make her decision easy if there’s anyone who can’t decide between the two leads. But what if it’s the two leads that can’t decide on one guy?

Week 1 teased two potential suitors who might capture Gabby’s and Rachel’s eyes, and the premiere hinted at the drama to come when there are two Bachelorettes’ hearts on the line.

One contestant who may cause a schism between our two leads is Logan, the 26-year-old photographer from San Diego. He’s one of the lucky few contestants who got some alone time with both Gabby and Rachel individually. Their alone time proved fruitful, given that both Bachelorettes sing his praises during their confessionals. It’s clear that Logan is into both women, but, as it seems in the season preview, Logan tells Gabby that he might still have feelings for Rachel, which means that this potential love triangle may be an ongoing issue.

Both women also took a liking to Erich, the 29-year-old real estate agent from Manhattan Beach, California. During his one-on-one time with Gabby, the couple kissed, and while Erich and Rachel didn’t end up locking lips, there was a clear mutual interest between the two of them. And though Erich managed to strike a connection with both leads, he was visibly saddened to learn that neither Gabby nor Rachel gave him their first impression rose. Though he wasn’t able to make enough of a splash to warrant a rose, he still managed to be one of the few contestants to talk to both Gabby and Rachel, which gives him a huge advantage.

Do Gabby & Rachel Get Rejected On The Bachelorette?

We’ve spent so much time wondering if both women can navigate the probability of liking the same person, but what if the leads aren’t a contestant’s cup of tea? Well, as we saw in the trailer for the season, there are a few guys who just don’t seem to vibe with the women. For instance, James (yeah, the meatball guy), Termayne, and Alec all appear to reject Rachel, whereas Hayden seemed to reject Gabby. All of this adds another layer of drama to this season knowing that, while the contestants are there for The Bachelorette, it's not always clear which Bachelorette they’re interested in pursuing.

More like this
All The Clues Kaity & Zach Are Together After ‘The Bachelor’
By Grace Wehniainen
Rachel Responded To 'Bachelor' Fan Theories About Her TikTok With Clayton
By Grace Wehniainen
Kaitlyn Bristowe Said Chris Harrison Ignored Her After Her 'Bachelorette' Hosting Gig
By Grace Wehniainen
Zach Addressed His "Boring Bachelor Energy" After His Group Date With Latto
By Grace Wehniainen
Get Even More From Bustle — Sign Up For The Newsletter
From hair trends to relationship advice, our daily newsletter has everything you need to sound like a person who’s on TikTok, even if you aren’t.