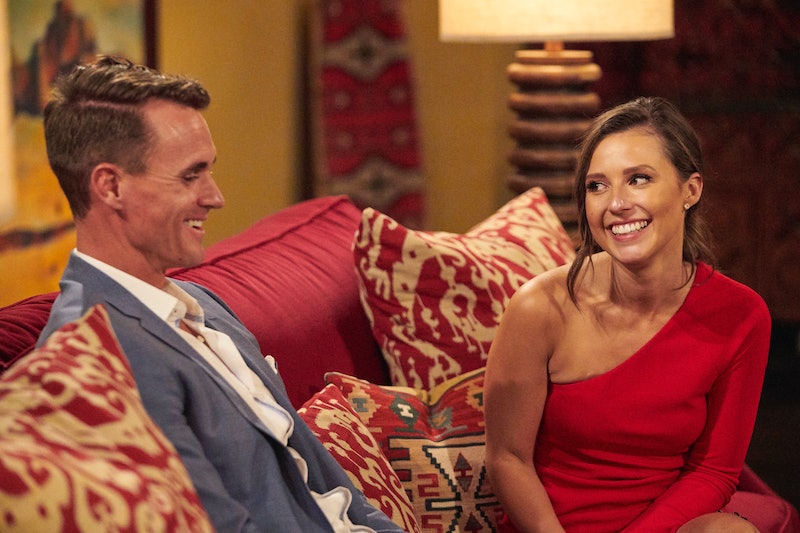 The contestants are six episodes into Katie Thurston’s season of The Bachelorette, and as if finding the love of your life wasn’t difficult enough, she decided to give Season 17’s men another challenge. At the beginning of the episode, Katie sits down with co-host Tayshia Adams and Kaitlyn Bristowe, telling them she wants to see if the men in the house can abstain from um... self-pleasure for a challenge named “operation WOWO.”

First off, they wondered if they’ve accidentally tuned into Netflix’s Too Hot To Handle.

Some fans immortalized some of the guys’ very questionable but also very memeable reactions to the challenge.

Twitter also had thoughts on Blake Moynes’ shower habits, which became a topic of debate.

Other fans felt sorry for Connor Brennan’s eighth-grade class, who might have been watching from home.

Many of the tweets came from viewers who found the challenge a bit over the top and unnecessary, writing, “It is like they are trying to get us to stop watching.”

The topic of sex positivity, which has been a central theme this season, was also brought up. Specifically, viewers questioned whether or not “operation WOWO” actually made sense in that context.

Others likened the challenge to a prank producers were playing on the contestants.

And one fan summarized what pretty much all of Bachelor Nation on Twitter was thinking: weird.

More like this
10 Photos Of The Wildest Limo Arrivals From 'The Bachelor' Premiere
By Brad Witter
Bachelor Zach’s “Dream Job” Has Nothing To Do With His Work In The Tech Industry
By Brad Witter
Hannah Ann Got Engaged 3 Years After 'The Bachelor' & The Proposal Was Dreamy
By Grace Wehniainen
Zach Reveals The Chaotic 30 Minutes That Were Cut From ‘The Bachelor’ Premiere
By Grace Wehniainen
Get Even More From Bustle — Sign Up For The Newsletter
From hair trends to relationship advice, our daily newsletter has everything you need to sound like a person who’s on TikTok, even if you aren’t.