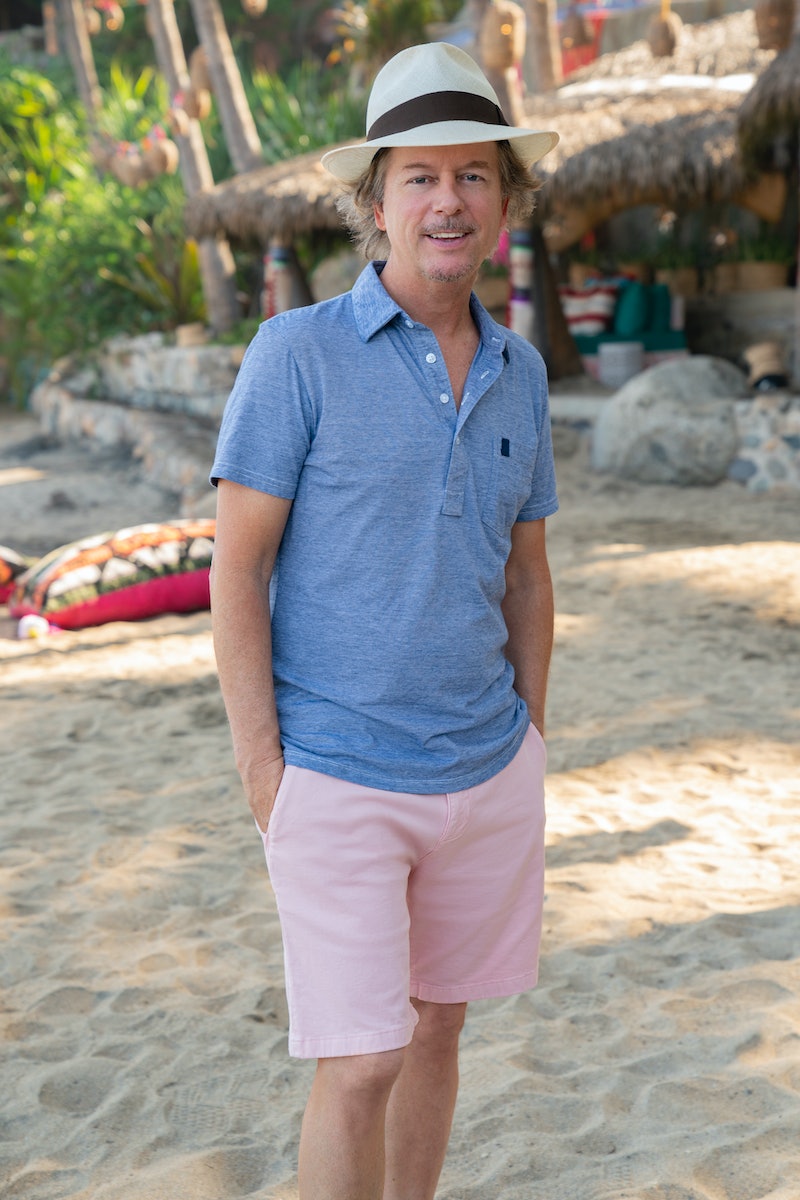 Though the beginning of Bachelor in Paradise Season 7 was naturally all about catching up with the franchise’s familiar faces, there was one major newcomer to the series: David Spade. The actor and comedian will be serving as one of the season’s rotating hosts for its first two weeks, putting his personal love for the franchise to work. (Seriously, scroll through Spade’s Instagram to check out his recaps and commentary on past seasons and see how much of a fan he really is.)

With his highly anticipated hosting spot, Spade made his place in Bachelor Nation official on Aug. 16. From the second he stepped on the beach and appeared on screen, his laid-back vibes helped him deliver a role to remember. “Sorry, I was way down by the taco place,” he pants after running into the TV frame from “literally like a mile” down the beach.

Viewers quickly took to Twitter to praise the host’s humor and natural connection with the contestants while also playfully roasting him. Several users were reminded of iconic Spade roles like The Emperor’s New Groove, and others simply couldn’t get over his approach to the new job, which marked a major departure from Chris Harrison’s hosting style. (A quick refresher for those who forgot amid this chaotic year: Harrison is no longer the Bachelor franchise host after he stepped back and reportedly received an eight-figure payout following his defense of Rachael Kirkconnell.)

Despite Spade’s proven passion for Bachelor Nation, some fans couldn’t help but imagine the actor scrambling to understand the franchise’s many players.

Ultimately, many viewers seemed to love Spade’s contribution to the show, and several are already demanding he return for future seasons.